What Two Lesbian Printers Teach Us About Conscience Rights

Jim Campbell
|
Posted: Dec 17, 2016 12:01 AM
Share   Tweet
The opinions expressed by columnists are their own and do not necessarily represent the views of Townhall.com. 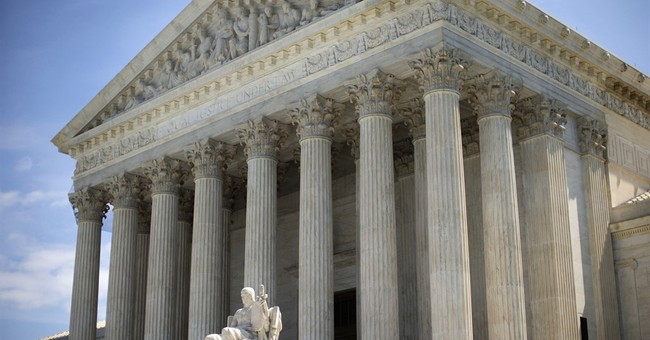 People all too often assume the worse in others whose views and beliefs are different from their own. We regularly see this when discussing whether a business professional may decline to create speech that conflicts with his deeply held convictions. “That person refused to do what?” many are quick to exclaim. “He can’t discriminate like that!”

But let’s not be so quick to jump to conclusions. It’s better to consider the facts, and think about what we would do if the situation were reversed, before labeling our neighbors as “bigots” or “discriminators.”

Kathy Trautvetter and Diane DiGeloromo, two lesbians who own a print shop in New Jersey, provide a great example of this. They have publicly voiced their support for Hands On Originals and its managing owner, Blaine Adamson, after Hands On Originals found itself in the crosshairs for declining to print shirts promoting a gay pride festival in Lexington, Kentucky. Kathy and Diane considered the facts, imagined how they would feel if the tables were turned, and concluded that Blaine deserves their support rather than their scorn. We can all learn a thing or two from Kathy and Diane.

Yes it’s true—Blaine declined to print messages on a shirt promoting the Lexington Pride Festival. But that doesn’t mean he engaged in unlawful discrimination. I recently had the privilege of explaining this to three judges on the Kentucky Court of Appeals.

The law forbids Blaine from turning away customers because they are members of a protected class, but it doesn’t prohibit him from declining to print a message because he disagrees with the content of what it says. Blaine’s longstanding practice of printing for all people while declining to print all messages is thus perfectly acceptable.

A number of facts confirm that Blaine was motivated by the message on the Pride Festival shirts rather than the protected status of the inquiring individual. First, Hands On Originals regularly serves gay and lesbian customers. In fact, it has printed items for one of the lesbian singers who performed at the Lexington Pride Festival. Also, Blaine would produce shirts for the LGBT group that organizes the festival so long as the messages he is asked to print do not conflict with his religious beliefs. So if that group requested shirts with the word “Volunteer” on them (to allow festival participants to identify the people helping with the event), Hands On Originals would happily print them.

Second, Blaine wouldn’t print a gay pride message for anyone, regardless of the sexual orientation of the person requesting it. So if a person who identifies as heterosexual offered to purchase the Pride Festival shirts for the event, Hands On Originals still would have been unable to print the shirts.

This shows that Blaine didn’t engage in unlawful discrimination. But you don’t have to take my word for it. Just ask Michael Scott—no, not the hilarious boss from the TV show “The Office”; I’m referring to the attorney who filed a lawsuit against floral artistBarronelle Stutzman and claims that she violated the law when she declined a longtime customer’s request to create floral arrangements celebrating his same-sex marriage.

During an oral argument before the Washington Supreme Court, Mr. Scott was asked whether a person who records political advertisements could refuse to speak a message about same-sex marriage. He responded: “If he would refuse to say those words regardless of who asks him, whether the person is straight or gay, it’s not discrimination based on sexual orientation.” There you have it—according to Mr. Scott, Hands On Originals should be exonerated.

Third, Blaine has a long history of declining orders (like requests for materials promoting strip clubs or pornographic movies) for message-based reasons. He cannot in good conscience print any message that promotes sexual activity or relationships outside of a marriage between a man and a woman. While that belief has regularly required him to decline orders from heterosexuals, only on this one occasion did it cause him to decline an order from someone who identifies as gay or lesbian.

Fourth, Blaine didn’t refuse to help the LGBT group. As he always does when he can’t print an order for a message-based reason, he offered to connect the group to another printer that would have done the work for the same price that he would’ve charged. This willingness to go as far as his conscience would allow in ensuring that the group got its shirts belies any suggestion that Blaine harbors ill will toward the people in the group.

Other courts and government agencies have been able to distinguish between declining to support a message and discriminating based on a person’s protected status. In Vincenz v. Bono Film and Video, for example, a woman filed a discrimination complaint against a video-reproduction company after it declined to make copies of a documentary entitled “Gay and Proud.” In 2006, the Arlington Human Rights Commission dismissed that complaint because the nondiscrimination law “protects individuals from discrimination based on their sexual orientation” but does not prohibit business from engaging in “content based discrimination.”

The Utah Supreme Court similarly drew this distinction in World Peace Movement of America v. Newspaper Agency Corp. There, a religious organization asked a newspaper to print its advertisement. After the business “refused to print [the] advertisement because of its religious message that Jesus Christ had a dark complexion,” the group sued. The business did not violate the nondiscrimination law, the court concluded, because the law allows a business to “discriminate on the basis of content even when content overlaps with a suspect classification like religion.”

The court also echoed what Mr. Scott told the Washington Supreme Court: Unlawful discrimination did not occur because the business owner “would have refused to print the advertisement had it been offered by any person of any religion.” In other words, “it was the message itself that [the business] rejected, not its proponents.” The same is true of Blaine’s decision not to print the Pride Festival shirts.

To anyone who still thinks that Hands On Originals discriminates, here’s what I’d suggest: Put yourself in Blaine’s shoes and change the facts so that you’re the one asked to print a message that you cannot in good conscience support.

That’s what Kathy and Diane did. They couldn’t imagine printing a message that criticizes LGBT causes. But just because they would refuse a religious group’s request to print such messages doesn’t mean that they discriminate based on religion. Nor does an African American’s refusal to print “white pride” materials equate to discrimination against white people.

Surely that’s true in those cases. Why would it be any different in Blaine’s?

So before casting stones at Hands On Originals, consider all the facts and imagine what you would do if the tables were turned. After a little reflection, you might just find that the stone you intended for Hands On Originals was going to hit quite close to home.