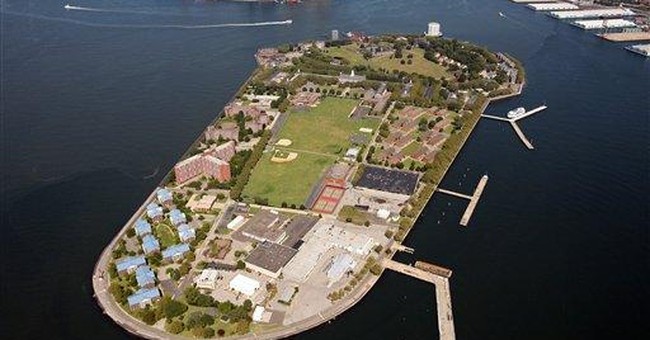 In justifying Khalid Sheikh Mohammed's civilian trial, the Obama administration is fond of citing a seemingly slam-dunk factoid: 300 other terrorists are currently sitting in federal prisons after being tried in civilian court.

One problem: that number seems to have come out of nowhere.

“The Obama administration has repeatedly failed to substantiate this figure even though they are using it to justify their decision to treat the world’s worst terrorists like ordinary criminals," said Stephen Miller, spokesman for Sen. Jeff Sessions, the ranking member on the Senate Judiciary Committee. "Despite numerous requests, information about how this number was calculated has still not been provided to Senator Sessions or his colleagues on the Judiciary Committee."

Indeed, Sessions and his colleague Sen. Jon Kyl, the Minority Whip, have pressed Attorney General Eric Holder and others about the alleged 300 prisoners in civilian custody at least five separate times, starting in May of 2009. Since then, Obama has flip-flopped, saying that only 190 are currently in custody. At other times, Holder has promised to get the names to Sessions and Kyl immediately.

Names have never been provided.

The issue at hand is not whether the names should actually be released to the public. That could violate national security protocol; the names of Guantanamo Bay prisoners weren't released publicly until the Associated Press demanded the information by launching a Freedom of Information Act request.

But there's nothing preventing Holder from releasing the names to top Congressional leaders who regularly deal with top-secret national security information — especially Republican leaders, who have been most critical of Holder's evasiveness. At least then, Obama's assertion that "300 prisoners" like KSM have been tried in civilian court could be verified.

Ryan Patmintra, a spokesman for Sen. Jon Kyl, (R-Ariz.), says the fact that the names have been withheld is downright fishy.

"Why is the Administration so reluctant to provide us with that information? Perhaps because it knows, as we've suspected all along, that the vast majority of these 300 individuals cannot credibly be compared to hardened terrorists like KSM and Abdulmutallab," said Patmintra.

It would've been easy to keep the terrorists' identities off the radar by simply not advertising the fact that the they existed at all. But the Obama administration made "300 terrorists" a central part of their public relations campaign in advocating for KSM's civilian trial, so they should have been prepared for some scrutiny.

The 2009 Military Commission Act included an amendment by Sessions that stipulates that captured al Qaeda operatives are automatically deemed unprivileged enemy belligerents and are thus eligible for indefinite military detention. In other words: there's nothing that would stop the military from keeping KSM in Guantanamo until he met his maker. But Obama has pushed for the treatment of KSM as a civilian, and used everything in his power to justify that decision.