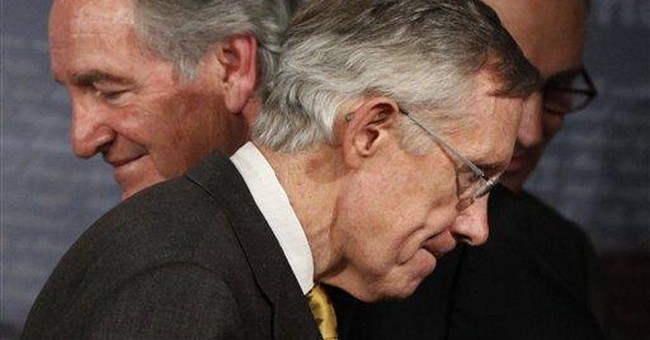 Democratic Sen. Mary Landrieu's vote in favor of Obamacare was purchased for $300 million on Saturday, giving Democrats the 60-vote supermajority that will, barring a miracle, pass health care reform that will possibly include a public option and abortion coverage.

The $300 million comes from a 2-page earmark inserted into the bill specifically for Louisiana, though the wording of the earmark didn't specifically name Louisiana as the recipient. It simply designated victims of national disasters within the last 7 years as eligible for certain federal funds — and the only citizens who that applies to are Katrina victims in Louisiana.

It's something Landrieu says they're entitled to.

"Our state is as poor as it was if not poorer, and I am not going to be defensive about asking for help in this situation," she said on the Senate floor.

Landrieu went as far as loudly correcting lower estimates on how much the special earmark would bring her state. Early on Saturday, the Congressional Budget Office said brought her $100 million, but in fact, it was three times that.

"That is not the reason I am moving to debate," she said.

Landrieu was the second-to-last hold-out on the bill, the last being Sen. Blanche Lincoln, who, like Landrieu, emphasized that she would not vote for the bill if it contained some version of the public option.

"I'm prepared to vote against moving to the next stage of consideration as long as a public option is included," said Lincoln.

But Democratic leaders will undoubtedly massage the public option provision to meet the requirements of these moderate Democrats, which could mean that the the so-called "state opt-out" provision in the public option will be included. If that's the case, the Congressional Budget Office estimates that over a third of states will simply decline to accept the public option, leaving less than 4 million Americans covered by it. That's at a cost of almost $3 trillion, according to some independent analysts.

There are several other noteworthy provisions that are included in both bills and might be passed. First, "exchange marketplaces" will be introduced, with the possible government option as one of the plans Americans can pick from if they are self-employed, unemployed, uninsured, or part of a small business. In the exchange marketplace, the government will dictate what are acceptable standards for coverage for all of the insurance plans.

Second, language in the Senate bill still enables the coverage of abortion. Specifically, the bill states that within the exchange marketplace, one plan must offer abortion coverage and another plan must not. Analysts say that the inclusion of the much-heralded Stupak Amendment, ostensibly preventing the coverage of abortion in any forthcoming health care legislation, does nothing to reverse this.

Third, exactly how the bill will be paid for is still in question. The Senate bill taxes gold-plated insurance companies, in addition to raising Medicare taxes for individuals making over $200,000 and couples making over $250,000. The House bill simply adds income taxes on high-earning Americans. Other fees will probably imposed on insurance carriers, medical devices, cosmetic surgery and prescription drugs.