The Left's Attack on Prejean Continues 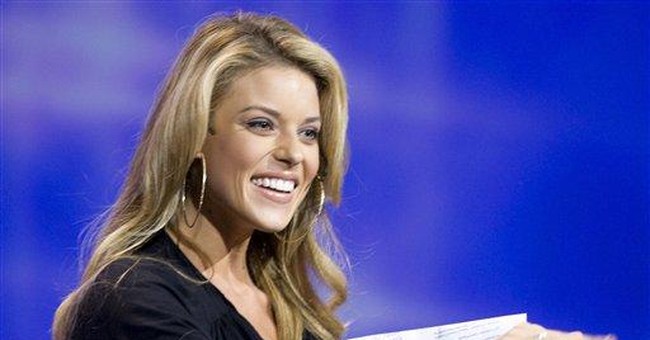 Left wing media outlets claim that Carrie Prejean’s conservative views on gay marriage are illegitimate because of two semi-nude photos taken of her when she was 17 and because one of her parents accused the other of being gay during their divorce proceedings.

Prejean is talking with Miss California officials about the photos, which are considered inappropriate by contest rules. But how such photos, or the divorce proceedings, invalidate Prejean’s pro-family views are lost on conservatives.

Kate Obenshain, a spokeswoman for the Claire Booth Luce Policy Institute, said Prejean was never claiming moral superiority when she came out against gay marriage during the contest, and that the fallout is a classic example of the gay marriage movement trying to destroy one of its foes.

“Never did she say ‘I'm better than you are.’ She simply said she believes God intends marriage to be between a man and a woman,” said Obenshain

In a statement, Prejean had similar sentiments. Prejean said that while she wasn’t perfect, the attacks on her views of gay marriage were intolerant and offensive.

“I am a Christian, and I am a model. Models pose for pictures, including lingerie and swimwear photos,” the statement read.

The pictures show Prejean facing away from the camera, wearing underwear and covering her breasts with her arms, and were initially published by TheDirty.com. The website said that it would soon release more photos.

TMZ.com published information regarding her parents’ divorce, quoting a court-appointed doctor, counselor, and a note that Prejean’s older sister wrote.

In the note, the sister claims she saw her father with another man, and that she didn’t “think it’s right for my sister to have to live that way.” Carrie Prejean was 13 at the time of the divorce proceedings.

TMZ claimed that the reason Prejean supported traditional marriage “may lie in an ugly divorce that may have cemented her views on gay relationships.”

The New York Daily News said Prejean “may also have some explaining to do about a series of court documents from her parents' messy, decade-long divorce proceeding.”

Some think the attention drawn to the Prejean’s parents’ divorce could actually provide more fodder for traditional marriage advocates.

“This does seem to contradict the homosexual advocates who seem to say that…homosexual behavior doesnt affect that of a child,” said Wendy Wright, president of Concerned Women for America. “She could have personal experience and knowledge that leads her to the conclusion that homosexual behavior is not something that should be condoned.”

Mathew Staver, Founder and Chairman of Liberty Counsel, said the avalanche of criticism was unprecedented, and called on Miss America contest sponsor Donald Trump to condemn the attacks.

“They’ve turned this into a nasty political campaign,” he said. “We have never had anything like this in a Miss USA contest as far as I've heard of.”