Jerry Rogers  |  Oct 09, 2019
The opinions expressed by columnists are their own and do not necessarily represent the views of Townhall.com.
Top Columns
Trending on Townhall Media 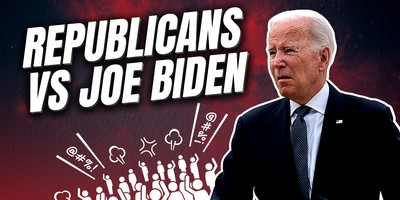 Candidate Barack Obama showed himself to be a patient man, and he believed that time was on his side.

“If I were designing a system from scratch, I would probably go ahead with a single-payer system,” the man who would be president told voters in New Hampshire about health care in 2008. However, rather than radically upend our health system in one power grab, the future president said that he would work to change our existing system, bit by bit. After enough changes were in place, the government may “decide that there are other ways for us to provide care more effectively.” That would mean single-payer, socialized medicine.

We’re well down that road now and can’t afford to go any further.

Obamacare itself was a big step, empowering the government to dictate what insurance companies could cover and what they could exclude. It became difficult for them to compete on price by offering different types of coverage to people at different stages of life. Recall that, in the functioning areas of the insurance market, you can carry less car insurance as your vehicle ages, or less life insurance as you approach retirement. But health coverage treats everybody the same way throughout life, driving up costs for younger people.

Now, lawmakers are eager to further weaken the existing system by giving Washington the power to actually set prices for health care.

Oh, they won’t phrase it that way; people might object. Instead, they’re telling us they want to crack down on “surprise medical bills.” Nobody likes those, so coming out against them is easy and popular. But in this case, the supposed cure would end up being worse than the disease.

The initial bill lawmakers proposed, which I covered previously, is called the Lower Health Care Costs Act (LHCC). The objective of the bill is to set out-of-network costs at median in-network rates. It’s nothing more than socialist price controls that will prevent insurance companies from having to cover the full bills for patients.

The LHCC’s sponsor recently claimed that it “does not allow the federal government to set the rates doctors and hospitals are paid.” This is simply not true. The bill states that the Secretary of Health & Human Services will have health insurance issuers determine median in-network rates through a yet-to-be determined methodology.

Sen. Rand Paul knows this and has said that if you fix the prices you pay doctors, you’ll end up with a shortage of doctors as many leave the profession. But at least you’ll have “lower health care costs,” right? Wrong. You’ll have fewer doctors, fewer hospitals, and – as a result of the decrease in supply – higher costs.

This bill is so bad that a grassroots movement began, where conservatives across the country castigated the legislation as Medicare-for-All Lite. Americans questioned why, under the Lower Health Care Costs Act, they should have to indirectly pay for these surprise medical bills instead of their insurance companies--which function for this very purpose.

Now, since the bill has put such a sour taste in voters’ mouths, liberal Democrats are starting the “compromise” process. Only it’s nothing more than a word game. Substance is not changing, but they hope that public perception will.

Ways and Means Committee Chairman Richard Neal recently sent a letter to his Democratic colleagues proposing that they move the process outside their chamber. According to The Hill, the House would instead seek input from “a committee consisting of stakeholder groups and the departments of Health and Human Services, Labor, and Treasury” on what the standards for the price-controlled rates should be. The goal seems to be to get the Trump administration to make the final proposal as a regulation instead of a law. That would make any deal seem bipartisan, and would allow Democrats to blame the administration when problems inevitably arise. But it would also mean that price-fixing – a policy that always ends up leading to costs being shuffled on consumers – is accepted but moved forward administratively instead of legislatively.

Democrats own Obamacare, and all the problems that have come with it. Those range from failing computer systems to cancelled insurance plans to rising costs for care to higher taxes. And more.

Socialism never works and would only destroy our great health care system. Rather than implement more failed leftist ideas of the past, Washington should make insurance companies meet the obligations they should be making to their customers.

This year, Barack Obama finally came clean. He announced he supports Democratic presidential candidates who are “running on good new ideas like Medicare-for-All.”

Maybe he’s finally running out of patience. But Republicans need to remain the party of free markets and economic opportunity, and keep Obama waiting. Ideally, forever.