Should Space X Be Trusted to Lead Us Back to the Moon?

Jerry Rogers
|
Posted: Apr 27, 2019 12:01 AM
Share   Tweet
The opinions expressed by columnists are their own and do not necessarily represent the views of Townhall.com. 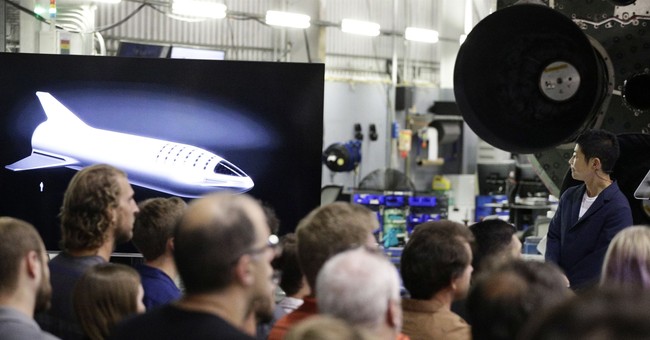 On April 20, 2019, the space community was buzzing from its most recent frustrating setback: The Crew Dragon, SpaceX’s most advanced space launch capsule, suffered some catastrophic anomaly. A day later, leaked footage from the incident purportedly showed the vehicle erupting in a fireball as it self-destructed during testing. The critical failure of the Crew Dragon—a shuttle designed to transport astronauts into space—does little to build confidence in the ongoing partnership between SpaceX and NASA.

As the Trump Administration begins its push to send Americans back to the moon, SpaceX’s recent misfortunes have left many questioning whether Musk’s company should be trusted to lead the crucial initiative.

People are right to be wary of SpaceX’s rockets. There are legitimate hurdles that the company must overcome before it becomes a partner worthy of NASA’s trust. Regarding the Crew Dragon shuttle, SpaceX has already faced scrutiny for a litany of issues, including a design flaw in which pieces of the shuttle’s thrusters could break off if exposed to substantial cold. Given that the vacuum of space is rumored to be pretty chilly, complications like that are certainly not minor.

Technical problems with the launch vehicle itself wouldn’t be too much of an issue, given abundant time and testing opportunities. NASA, however, has neither. The Trump Administration has insisted that it wants astronauts on the moon by 2024—an incredibly ambitious plan, without a doubt.

The constrained time-table, though, doesn’t allow much room for error or delay. And despite SpaceX’s inventiveness and impressive ingenuity, Musk’s company has a dangerous proclivity for making mistakes, as their recent failure clearly demonstrated. Worse yet, it looks like this mistake is going to cost them precious time. As a result of the Crew Dragon accident, the first crewed launch to the International Space Station will likely have to be delayed.

Now, it wouldn’t be fair to excoriate SpaceX for one failed test. After all, no one was hurt, and the explosion may have illuminated some glaring deficiencies within the shuttle’s design. While true, the recent incident does serve as yet another example of the company’s ongoing struggle with adherence to safety standards and procedures.

For the sake of efficiency, SpaceX chose to utilize “SuperDraco” thrusters to launch its Crew Dragon rocket. These engines are powered by a combination of propellants that ignite instantly upon mixing, without the need for a spark. While this thruster system simplifies certain aspects of the launch procedure, it is inherently riskier than traditional fueling practices. Experts have speculated that the propellants were the likely cause of the Crew Dragon shuttle’s recent explosion.

This risk is amplified by the fact that SpaceX plans to have the crew on board the shuttle while the rocket is being fueled. NASA has previously considered this practice far too dangerous to pull off. Given recent events, they appear accurate in their assessment. If the Crew Dragon incident is any indication, such a procedure could have potentially deadly consequences for all the astronauts involved. That is simply unacceptable.

This isn’t the first time that SpaceX has pushed the bounds of acceptable risk either. Prior investigations have consistently examined SpaceX’s safety standards and found them wanting. The Trump Administration’s Pentagon had purportedly seen enough questionable behavior from Musk’s aerospace company to warrant a watchdog investigation. And that’s exactly what SpaceX got. In February 2019, the Inspector General initiated an investigation into SpaceX’s Air Force launch certification to determine whether the private company was rightly awarded its credentials as a national security launch provider.

The ongoing Inspector General investigation, coupled with the recent Crew Dragon incident, raise serious questions about the efficacy of relying on SpaceX moving forward. As America prepares to send its people back to the moon, it needs aerospace contractors it can trust to get the job done right. At this point, at least, it’s not clear that SpaceX is one of them.

Jerry Rogers is the founder of Capitol Allies, and the host of The LangerCast on the RELM Network. Twitter: @CapitolAllies.