Taking a (Le)Page from the Democrats

Jerry Rogers
|
Posted: Jun 25, 2016 12:01 AM
Share   Tweet
The opinions expressed by columnists are their own and do not necessarily represent the views of Townhall.com. 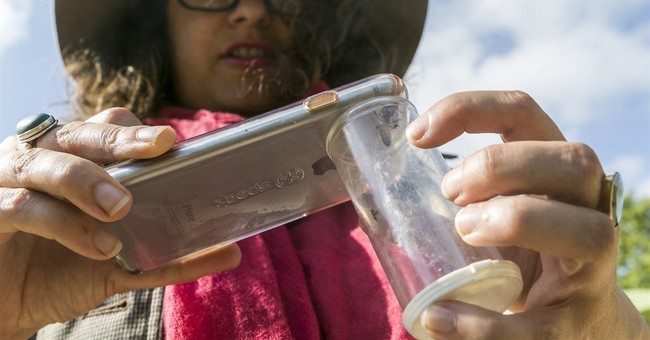 Maine Gov. Paul LePage is challenging the federal government over how to administer the Supplemental Nutrition Assistance Program (SNAP), commonly known as food stamps. Under the guise of reforming SNAP, Maine’s Republican governor wants to monitor what poor people eat and drink. The governor wants to create a state-based “food-police” to control what Maine’s poorest citizens put in their grocery bags.

In pushing for the food ban, the governor is picking a page right out of the Democratic playbook. LePage impugns the motives of the opposition by invoking the Left’s favorite bogeyman – American businesses.  The governor said that he could “think of only one reason why the federal government would refuse” his demand to ban certain foods: the feds are kowtowing to grocery store owners and food manufacturers. LePage accuses special interests—those pesky job creators—for standing in his way.

Emboldened by his political power, LePage has decided to push his idea of healthy-living by government fiat. A can of soda or sweet tea with lunch or a cupcake for dessert, if LePage thinks it is bad for you, it simply has to go. It is the latest example of a politician attempting to expand the nanny-state—a social engineering effort where the governor knows what is best for the low-income families of Maine.

Some public health advocates support food bans because they say a significant portion of low-income Americans struggle with obesity, diabetes, tooth decay, and other health issues that result from an unhealthy diet. However, low-income people are not the only ones suffering from diet-related ailments. Like all Americans, SNAP recipients drink soda, enjoy candy bars, and have chips with their sandwiches. If the precedent is set that the government, on the basis of public health, has the authority to dictate the food choices of the poor, what is to stop other states or the feds from regulating the dietary choices of all Americans? If your bad food choice leads to an increase in my health insurance premium, one could argue that we need the government food-police.

The governor’s proposal raises a whole set of red flags: How will a food ban be enforced? How much will the food-police cost the taxpayer for Maine to codify and enforce its food standards? What foods will be put on the government's "naughty list" and how will such a "naughty list" impact the free market? Will a preferred food list create a new lobbying class to keep certain foods on the government’s list and keep other foods off? The governor’s proposed food ban will not save taxpayer resources or shrink government. To the contrary, LePage will be creating a food bureaucracy that will result in a bigger, more intrusive government run amok.

States can’t regulate purchases under the federal and state Supplemental Nutrition Assistance Program, so Maine had to ask the Obama administration for a waiver that no other state has received. In a letter sent to the Department of Agriculture (USDA) Secretary Tom Vilsack, the governor warned that if the USDA did not allow Maine to ban the purchase of certain foods – deemed by the governor to be unhealthy – he will scrap the entire program.

LePage wrote that he does not want his name attached to the SNAP program and will act “unilaterally, or cease Maine’s administration of the food stamp program altogether.” The Maine legislature rejected bills from the LePage administration that would have directed the governor to pursue waivers allowing the state to ban certain food purchases with food stamps in 2013 and 2015. Yet, the governor  ignored the legislature and sought the waiver alone.

SNAP is funded at the federal level, but states manage the monthly benefits to individuals and assume some of those administrative costs. The USDA allows states flexibility over how the program is run, but LePage’s threat to “unilaterally act or end the program” is unprecedented.  It’s his "I've got a pen, and I've got a phone” moment of threatening to ignore the Rule of Law. It’s another page out of the liberal playbook. If he doesn’t like the law, the governor will ignore the law.

If the governor suspends SNAP or—without legal authority—amends the program, LePage will be inviting the federal government to interfere in ways that will threaten the Constitution's federalist structure. Like the governor, President Obama, himself, has a record of acting outside the law when it has suited his political aims. LePage might force President Obama’s hand to intervene in an extra-Constitutional manner.

The trouble with the governor’s proposal is that it undermines conservative principles; ignores the Rule of law, and, damages our federalist system. Conservatives value the individual. We believe that any individual — rich or poor— has the capacity to thrive and make life better. The heart of conservatism is a profound respect for the dignity of every man and woman. Sadly, the governor’s food ban belies common-sense principles, and it creates a gateway for government intrusion onto our kitchen tables.

Whether it’s under the guise of entitlement reform or public health, some politicians may favor food monitoring and restrictions because it’s an easy way to mislead voters to think they’re being good stewards of taxpayer money. But, food restrictions in SNAP will create a food bureaucracy mimicking the complexity of other regulatory boondoggles. Bureaucrats will have to analyze and categorize the 300,000 food and beverage products on the market now and the additional 15,000 food items introduced every year. If the precedent is set that the government on the basis of public health has the authority to monitor the food choices of the poor, Governor LePage will set us down a slippery slope toward the food-police regulating and keeping watch over the diets of all Americans.