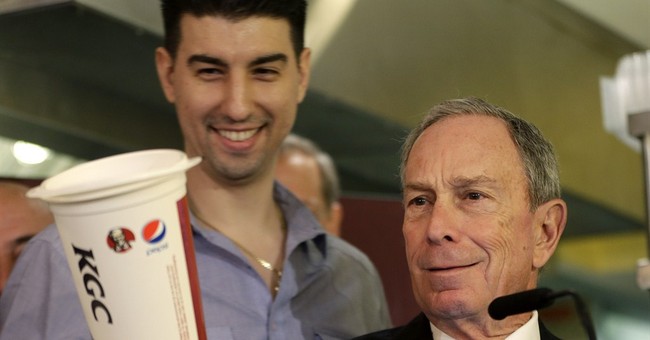 A majority of Americans believe the government is out of control. Over the past several weeks Americans have been bombarded with news accounts of colossal, unprecedented government surveillance – the National Security Agency (NSA), the Internal Revenue Service (IRS), and the Department of Justice (DOJ) are all collecting data on American citizens. Recent polls show little support for expanding government surveillance, and more than three-quarters of voters want Congress to continue investigating the IRS and DOJ scandals. We’re tired of being watched by a surveillance leviathan monitoring our speech, phone calls, and associations.

It’s in the context of massive surveillance and the public’s increasing mistrust for government that the House of Representatives begins debate on a new five-year farm bill. You would think that it’s a ridiculous stretch of the imagination to put the farm bill in the milieu of “big brother is watching you.” Unfortunately, you would be wrong.

Members of Congress are considering amendments to the farm bill that will require the Secretary of Agriculture to monitor and restrict the food and beverages purchased through the Supplement Nutrition Assistance Program (SNAP). That’s right – a food surveillance program run out of the Department of Agriculture. Food surveillance is exactly what is required in an amendment introduced by Representative Tom Marino (R-PA). The Congressman’s legislation will “require retail food stores to collect, and report to the Secretary of Agriculture, detailed information that identifies food items purchased with benefits provided under the supplemental nutrition assistance program; and to require the Secretary to compile and publish such information.”

Mr. Marino’s proposal will be an enormous, governmental undertaking that will have far reaching implications for all Americans, not just SNAP recipients. How much will Mr. Marino’s mandated surveillance cost supermarkets? How will store clerks distinguish between food purchased through SNAP or with cash? Why should we trust that the surveillance will not spread to all food purchased by all Americans? The Republican majority should reject proposals to create government programs that interfere so deeply in the personal choices of millions of Americans. Monitoring what some Americans put in their grocery carts is decidedly bad policy and anathema to conservative values

As the House Agriculture Committee prepares the farm bill for a vote, many conservative organizations oppose the bill because they want deeper cuts in SNAP (formerly known as food stamps). Limiting the growth of the entitlement state is a worthy public-policy endeavor. Government spending, taxes, and debt threaten future generations of Americans. Without true reform, the American dream is at risk. However, creating a new, intrusive government surveillance system is not entitlement reform, and it will not cut the food stamp program. Food surveillance is a misguided, dysfunctional idea that will result in less freedom, bigger government, and more spending.

Whether it’s under the guise of entitlement reform or public health, some politicians may favor food monitoring and restrictions because it’s an easy way to show voters that they’re being good stewards of taxpayer money. On the contrary, food restrictions in SNAP will create a food code mimicking the complexity of the IRS tax code. Bureaucrats will have to analyze and categorize the 300,000 food and beverage products on the market now and the additional 15,000 food items introduced every year. If the precedent is set that the government on the basis of public health has the authority to monitor the food choices of the poor, Congress will set us down a slippery slope toward the food-police regulating and keeping watch over the diets of all Americans.

Public health advocates like Mayor Bloomberg believe that all adults are unable to make responsible decisions about the food and beverages we consume. House Republicans should stand against paternalistic policies aimed at our diets, and trust the American people to decide for ourselves what is healthy or unhealthy. Food surveillance violates individual liberty, and it creates a gateway for more government intrusion into our lives. Food surveillance is not entitlement reform, and it is not going to make Americans any healthier – as if that’s the government’s business anyway.

Former Minister of Truth Blames Disinformation for Pushing Her Out of DHS
Julio Rosas
Hidin' Biden Goes 100 Days Without an Interview
Spencer Brown
Nicolle Wallace's Plea for Laws Against 'Illegal Guns' Is Peak MSM Lunacy
Spencer Brown
NYT: Enrollment in Public Schools Has Dropped by 1.2 Million Since the Pandemic, But We're Not Sure Why
Guy Benson
White House Responds to Pro-Life Oklahoma Bill Banning Abortion at Conception
Madeline Leesman

The Senator Who Left Biden's Interior Secretary Speechless
Townhall
MMFA alumnus Oliver Willis gets schooled after blaming the baby formula shortage on 'the free market'
Twitchy
Elon Has More to Say About the Accusation Against Him, Claims He Has the 'Perfect' Name for It
Redstate
APPALLING: Teen Girl Disappears at NBA Game and Turns Up 11 Days Later in Nude Photos on Sex Trafficking Site
PJ Media