Jerry Newcombe
|
Posted: Dec 27, 2018 12:01 AM
Share   Tweet
The opinions expressed by columnists are their own and do not necessarily represent the views of Townhall.com. 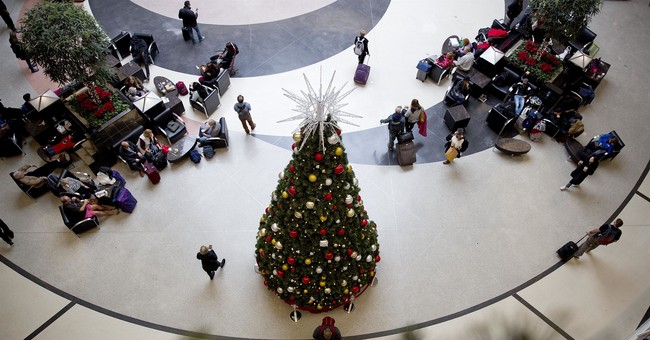 A Christmas favorite of many is Handel’s Messiah. I have even heard that the opening lines of its Hallelujah Chorus are the most recognizable piece of music the world over.

One time I was with some friends in London. We saw an historical placard on an old house, and it said that George Friedrich Handel had lived there. I almost went apoplectic with joy. But nearby, on what I recall was an adjoining building, was another blue marker saying that Jimi Hendrix had lived in that house for a time. And my friends got more thrills from that.

There’s something deeply touching about what I think is Handel’s greatest work, Messiah. Plus, I think this work is a great zenith of Western civilization. The story behindMessiah is a fascinating one.

In his book, Spiritual Lives of the Great Composers, Patrick Kavanaugh tells how Handel barely ate during the 24 days he wrote Messiah. At one point, the composer had tears in his eyes and cried out to his servant, “I did think I did see all Heaven before me, and the great God Himself.” He had just finished writing the Hallelujah Chorus.

Amazingly, Messiah came at a time in his life when the 56-year old Handel was facing bankruptcy and complete failure. Also, some Church of England authorities were apparently critical of him and his work.

He seemed all washed up---with his best days behind him. But writing Messiah proved to be the positive turning point in his life.

Handel was born in Germany. His father wanted him to study law, but George Friedrich had an aptitude for music, which was clear early on. His mother bought him a harpsichord, which they kept up in the attic, secret from his father.

By the time he was twelve, Handel wrote his first musical work.

Later, after his father’s death, he tried to study law, but he had no interest. So he studied music at the University of Halle.

In 1712, Handel moved to England and never returned to Germany.

While he experienced successes through various compositions, including operas and sacred operas (oratorios based on biblical themes), Kavanaugh notes that Handel’s failures threatened to overwhelm him: “His occasional commercial successes soon met with financial disaster…He drove himself relentlessly to recover from one failure after another, and finally his health began to fail. By 1741 he was swimming in debt. It seemed certain he would land in debtor’s prison.”

But 1741 proved to be the turning point. On the one hand, he gave what he feared was his farewell concert. On the other hand, a friend of his, Charles Jennens, Jr., gave him a libretto (a text) for a sacred work. It was essentially an assembly of Bible verses, focused on the Messiah, both from the Old and New Testaments. Furthermore, a charity in Dublin paid him money to write something for a charity performance.

Messiah was the result, and it was very successful.

Jennens’ role in this masterpiece is often lost, even on fans of Messiah. He is the one who carefully gleaned through the King James Bible and assembled the verses about the Christ that Handel so brilliantly set to music.

Rev. John Moore is a music minister I know who has directly participated in 300 performances of Messiah---either as a conductor, singer, or trumpet player. He told me more about Jennens, a devout Christian.

“The Enlightenment had come into being,” said Moore, “and there were many people that were rejecting Christianity. And Deism was the religion of the elite. And there was one man named Charles Jennens who wanted to counteract that, and he was also an ardent admirer of Handel. And so he provided the libretto, and as a result, this incredible masterpiece of music with a Christian emphasis has been a major work throughout the centuries since it was written.”

The libretto of Messiah consists of 73 verses from the King James Version of the Bible---42 from the Old Testament, 31 from the New---all pointing to Jesus of Nazareth as the Christ,…the Anointed One….the Messiah.

Messiah was first performed in Dublin in 1742. It was a benefit concert for charity. According to one source, proceeds freed 142 men from debtors’ prison.

A year later, King George II was present at the first performance of Messiah in London. It is said that the monarch fell asleep, and at the opening of the Hallelujah Chorus, he rose to his feet, thinking it was his cue. Whatever the reason, he stood, and that has been the custom ever since---to stand during the Hallelujah Chorus.

But Handel’s masterpiece, now a Christmas and Easter tradition, was written for a greater purpose for his hearers: “I should be sorry if I only entertained them. I wish to make them better.”