Are They Burning the Bible in China?

Jerry Newcombe
|
Posted: Sep 12, 2018 3:30 PM
Share   Tweet
The opinions expressed by columnists are their own and do not necessarily represent the views of Townhall.com. 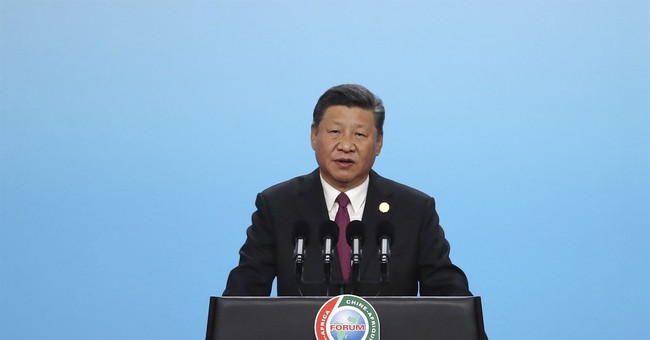 At the Museum of the Bible in Washington, DC, they have a display of many burned Bibles. This is the book that, down through the centuries, has been burned more than any other. Ironically, that even happened sometimes at the hand of church officials.

Now there are reports out of China of Bibles being burned.

Writing for the AP (9/10/18), Christopher Bodeen notes, “China’s government is ratcheting up a crackdown on Christian congregations in Beijing and several provinces, destroying crosses, burning bibles, shutting churches and ordering followers to sign papers renouncing their faith, according to pastors and a group that monitors religion in China.”

Bob Fu of China Aid, a group in the U.S. that works to help the church in China, said, “The international community should be alarmed and outraged for this blatant violation of freedom of religion and belief.”

Bodeen writes that the Chinese government is reportedly “demanding loyalty to the officially atheist Communist Party and eliminating any challenge to its power over people’s lives.”

And he adds that the President Xi Jinping is like a new Mao Zedong: “Xi is waging the most severe systematic suppression of Christianity in the country since religious freedom was written into the Chinese constitution in 1982.”

The unregulated “house churches” are particular targets of Chinese Communist persecution. The ultimate issue is one of control.

Despite the crackdown by the Communist government in China, the church appears to be growing. If the present trends continue, China is projected to be the country with the greatest number of Christians worldwide.

How ironic. The elites in China are pulling out all the stops to “strangle the baby while it is still in the manger,” to quote a Chinese Communist official from the 1990s. But despite all attempts to eradicate the church, including burning copies of the Bible, they find the church growing.

D. James Kennedy Ministries once interviewed Bob Fu on Christian evangelism efforts in China—and the risk such efforts entail. He told us, “China has [1.4] billion people, and they were thirsty for the Gospel while they were suppressed by the Chinese Communist party….And sharing the Gospel actually is a joyful thing. And although…this is going to take a lot of risk including even being martyred…how can [we] keep this good news from [our] native Chinese people who are yearning and hungry and thirsty for it?”

China is so big and varied, observes Todd Nettleton of The Voice of the Martyrs, that many different things happen there simultaneously. Persecution and the thriving of the church can happen simultaneously. He once told me in a television interview: “Whatever you’ve heard about China, it’s true, somewhere. China is a huge country and there are places where the church is functioning with very minimal interference and functioning very well. There are also places where Christians are in prison because of their Christian ministry.”

But despite the scenario where some Christians work unimpeded, there is always the threat of persecution hanging over them, notes Nettleton:  “One of my coworkers who is very familiar with China says, ‘You may have a Sunday where no pastors are arrested. But every one of those pastors knows they could have been arrested.’ So that pressure is there.”

Wendy Wright, president of Christian Freedom International, notes that in addition to Bible-burning in China, there is suppression through internet censorship. In a recent interview, she told our viewers at D. James Kennedy Ministries, “Bibles online [are] being censored. Now if you’re in China, you’re not able to access a Bible online.”

There is an irony to China burning the Bible these days. In 2011 an article appeared in the Iona Institute for Religion and Society by Tom O’Gorman. He wrote:  “In the West we are doing our best to destroy our Christian heritage; but in China, Chinese intellectuals are coming around to the view that it is precisely this heritage that has made the West so successful.”

Noted author and speaker Bill Federer put it this way, “Did equality come from atheistic Communist China, where they’re still arresting illegal house church leaders?” No, of course not, equality ultimately came from the book that some Chinese officials are burning. The book that teaches the golden rule and that we are to love our neighbor as ourselves and that God made us in His image and that He will hold us all accountable one day.

I hope the day will come that neither China nor the West will continue to burn or to ban the Bible, but instead, to open it up and to learn of its rich legacy available to all.

As President Ronald Reagan once declared, “Inside the Bible’s pages lie all of the answers to all of the problems man has ever known.”