Loving God with Our MINDS---a Tribute to the Late R. C. Sproul

Jerry Newcombe
|
Posted: Dec 21, 2017 12:01 AM
Share   Tweet
The opinions expressed by columnists are their own and do not necessarily represent the views of Townhall.com. 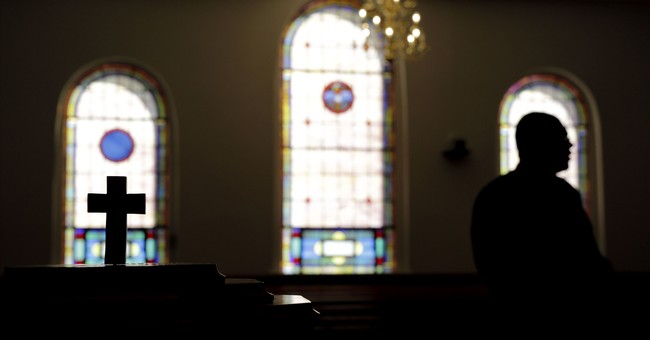 The greatest command, said Jesus, is that we love God with all our heart, soul, mind, and strength. Sometimes missing today among many professing Christians is the emphasis on the mind.

A great evangelical theologian died December 14, 2017, R. C. Sproul (rhymes with role), the founder of Ligonier Ministries. And I think he exemplifies the notion of loving God with our mind, as well as our other faculties. Even his radio program was called “Renewing Your Mind with R. C. Sproul.”

Sometimes one gets the impression that the more religious you are, the less likely you are to be educated. But Dr. Rodney Stark of Baylor University factually disproves that myth.

In his book, America’s Blessings: How Religion Benefits Everyone, Including Atheists (2012), Stark notes, "Angry atheists frequently claim that religious folks tend to be uneducated and are inclined to stay that way---putting little value on book learnin'. This fantasy is probably the most outrageous of all regarding people of faith. Americans who never attend church are significantly less likely to have finished high school than are those who attend weekly." (p. 72)

Stark adds, "Religious students have a superior level of academic achievement, however it is measured….Evangelical Protestants were second only to Jews in being college-educated, significantly exceeding all other religious groups as well as the nonreligious….the more often students attended church, the more likely they were to enroll in college….The idea that churchgoers tend to be less educated is false." (pp. 134, 139, 140, 141)

The great thing about R. C. Sproul is that, while he was an intellectual and taught the meat of God’s Word, he had the ability to communicate deep truths in an understandable way.

I interviewed Sproul for Christian television a few times. In one of those interviews he noted, “As the church embraces more and more secular ideas, and as preachers in their zeal to bring people into the church tell them that God loves them unconditionally, the unbeliever hears the preacher say, ‘I don’t need to repent. I don’t really need Jesus. God loves me just as I am, unconditionally.’ And it’s not the Kingdom of God; it’s more like Mr. Rogers’ Neighborhood.”

For this column, I reached out to some Christian leaders that knew him or were influenced by his teaching for a statement on Dr. Sproul and how he encouraged Christians to think.

Dr. Sam Lamerson, president of Knox Theological Seminary, where he taught some occasional classes, wrote: “Dr. R.C. Sproul was a rare mix of a great communicator and a good scholar….I became an academic, in part, because of the witness of Dr. Sproul."

Dr. Peter Lillback, president of Westminster Theological Seminary in Philadelphia, sent me this eulogy: “Dr. Sproul was granted that rare combination of sincere devotion with penetrating intellectual power. This harmony of gifts made his preaching, writing and ministry magnetic to many within and without Reformed Christianity.”

Author Dr. George Grant writes, “He was brilliant…Over the 35 years that I knew him, that first impression has only been reinforced a hundredfold. Without ever using notes, he could wax eloquent on everything from Greek morphology to Modernist philosophy, from the wonders of the Magisterial Reformers to the feats of the Pittsburg Steelers.”

Lee Webb, vice president of broadcasting for Ligonier Ministries and host of “Renewing Your Mind with R.C. Sproul,” wrote: “[His teaching] brought me great comfort and encouragement to know that Christianity could stand intellectual scrutiny. …Dr. Sproul could lay claim to the theological ‘ivory tower,’ but his great passion was to bring that rich theology down to people like me to understand and embrace it.”

Dr. Richard Land, president of Southern Evangelical Seminary, emailed me, “R. C. Sproul was a Christian apologist and theologian to the layman and laywoman in the pew and on Main Street. He had a great burden to equip the church to defend the faith in the public marketplace… to equip the laity to do so as well was quite evident to all those with whom he came into contact.”

Del Tackett, creator and teacher of the Truth Project, pointed me to his blog, where he had written, “[Dr. Sproul] was instrumental in developing in me the understanding that it was all about God.”

By contacting his office, I found out that John MacArthur had likewise already issued a statement, including this sentence: “One of R. C.'s most admirable characteristics was his refusal to shy away from difficult doctrines or shape his teaching to suit whatever might be popular or politically correct at any given moment.”

Thankfully, R. C. Sproul’s legacy endures through his books, taped lectures, and radio broadcasts. His life work reminds us to love God with our all our mind.