Liberals Are the True Censors

Jerry Newcombe
|
Posted: Mar 17, 2016 12:01 AM
Share   Tweet
The opinions expressed by columnists are their own and do not necessarily represent the views of Townhall.com. 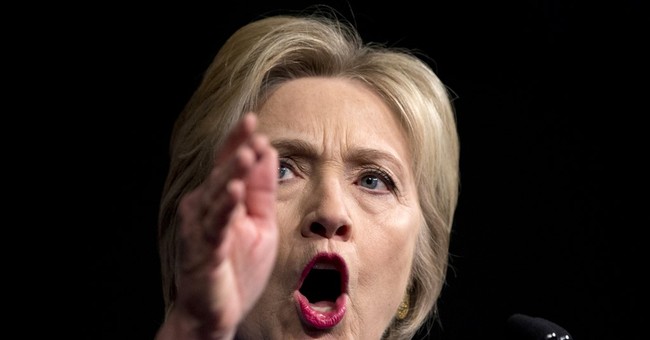 There’s an old story that my pastor, Dr. D. James Kennedy, used to tell. On Monday morning, the janitor found the preacher’s notes. It said in the margin at one spot---in a handwritten note: “Argument weak---pound pulpit here!”

And so it is that many times weak arguments must be bolstered with emphatic shout downs.

How many times do we read of conservatives speaking at college campuses, only to be shouted down by protesters? In some cases the conservative is not even able to deliver his speech.

If ideas are so good, then they should be allowed to be heard in the marketplace of ideas. While conservatives get accused of censorship, it seems to me that in our day, the liberals and what I call “the shock troops of tolerance,” are the real censors.

Over the weekend, presidential candidate Donald Trump canceled a rally in Chicago because of a real threat of violence. Feel free to disagree with the Donald. But engage in violence because you disagree with him? That’s beyond the pale.

Writing for The Washington Times (3/13/16), Kelly Riddell notes, “Moveon.Org is conducting fundraising activities from the Chicago protests against Donald Trump that prompted the Republican presidential front-runner to cancel a rally there Friday, and promises that more disruptions are on the way.”

How long can society remain free with such bare-knuckle tactics---where “might makes right”? Look at what is happening:

*If you in your conscience cannot agree to celebrate a same-sex “marriage,” then you might be stripped of your livelihood and your money.  In the case of bakers Melissa (“Sweet Cakes by Melissa”) and Aaron Klein, who declined to bake a cake for a same-sex wedding, they even lost their free speech. They were put under a gag order to prevent them from even speaking about what happened to them.

*If you disagree with man-made global warming (what they call now “climate change”---but climate always changes), our nation’s top cop, Attorney General Loretta Lynch, testified before Congress that the administration has considered taking civil action against dissenters. Despite email scandals documenting that some of the leading proponents of global warming fudged the raw data, liberals want to silence dissent among scientists by punishing the dissenters.

*If you warn about radical Islam, you may find that your First Amendment rights go thus far and no farther. The brave blogger Pamela Geller is fighting in the courts to place ads about the link between terrorists and some of the proponents of Islam, despite facing censorship from some city governments.

*Pro-lifer David Daleiden of the Center for Medical Progress makes a series of stunning videos, engaging in classic investigative journalism techniques, and documents that Planned Parenthood is trafficking in baby body parts. But in a Houston court, Daleiden suddenly faces indictment, while Planned Parenthood gets off scot free, at least for now. If you don’t like the message, shoot the messenger.

When commenting on this overall trend, Gary Bauer noted in his End of Day report (3/11/16): “The culture war is real, my friends. The left's assault on the First Amendment---from free speech to religious liberty---is total. Nothing is exempt from the tyrants of tolerance.”

After writing the first draft of this, I came across an article by Erick Erickson in the Daily Signal (3/11/16) entitled, “The ‘Compassionate Bullying’ of the Left.”

He notes: “Around the country, progressive bullies have attacked Christians for daring to put their faith ahead of the pet causes of those who feign compassion while destroying life-giving liberties. What we are seeing is a scorched-earth, take-no-prisoners approach as the wildfire burns across our land. It is not enough that Christians be quiet. Christians must be silenced and punished. Their faith cannot be respected. Legislation that ensures people are free to live and work according to their faith without fear of being punished by government must be stopped and decried as discrimination.”

And why do they do this? To force people to accept what they don’t agree with. Erickson says: “There is one key reason that those on the Left must force their beliefs on the rest of us: if they didn’t force their craziness on us, we would never embrace it.”

I can’t help but feel that there’s a double standard on the part of liberals when it comes to this issue. “Free speech for me, but not for thee.” The argument is weak; therefore, pound the podium harder and unleash those “shock troops of tolerance.”

But as John Adams noted, “The liberty of the press is essential to the security of the state.”