The Gods of Egypt

Jerry Newcombe
|
Posted: Mar 03, 2016 12:01 AM
Share   Tweet
The opinions expressed by columnists are their own and do not necessarily represent the views of Townhall.com. 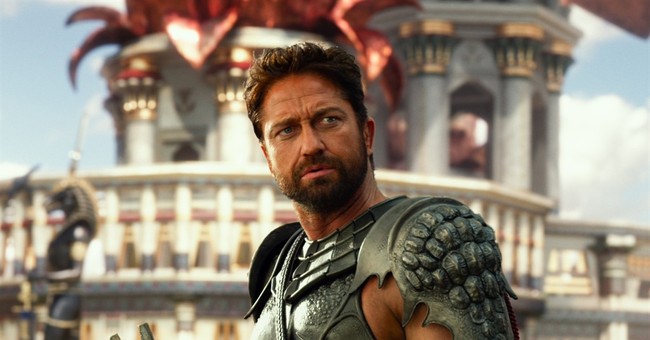 The title of a recently released film caught my attention: The Gods of Egypt. This column is not about the film, but rather it addresses God’s judgment on the gods of Egypt by way of the ten plagues.

The ten plagues were the systematic judgments of God against Pharaoh and the Egyptians for enslaving the Hebrews for 400 years and refusing to let them go.

“Let My people go,” said God through his servants, Moses and his brother Aaron. But Pharaoh refused. So under God’s instruction, Moses unleashed ten plagues against Egypt.

In each of these judgments, God spared His people, the Hebrews. He miraculously kept them from experiencing His wrath.

The final judgment, the slaying of the Egyptian’s firstborn, involved the very first Passover event. The Hebrew people were instructed by God to take a lamb without blemish, to sacrifice it, and to spread the blood on the top and the two sides of the doorpost, forming a type of cross.

Then the angel of death  would pass over the Hebrew households, but would slay the firstborn of the Egyptians. The New Testament says Christ our Passover lamb has been slain for us.

Dr. D. James Kennedy points out that each of the ten plagues was a judgment on one of the gods of Egypt. You can find his commentary on this it in the new D. James Kennedy Topical Study Bible in the book of Exodus.

Consider the plagues one by one and what Kennedy says about God’s judgment on Egypt’s false gods:

He sums it all up this way, “In the ten plagues, God shows the world for all time that He alone deserves our worship.”

Tragically, people today worship all sorts of false gods: money, celebrities, football or other sports. Some even worship their own possessions. Each of these will one day be buned up in God’s final judgement of this earth, and then all will see that only the Triune God is worthy of worship.

Whether audiences find the new movie, The Gods of Egypt, to be an entertaining fantasy adventure or just a high tech stinker, it's good to remember that the ten plagues were God's judgments on human idolatry.