Vengeance is Ours, Says the Islamist 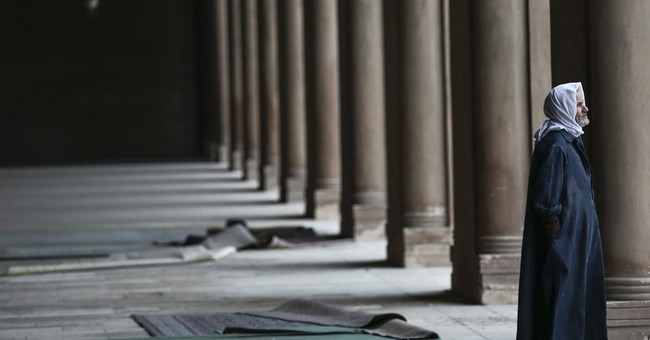 In the Bible is a remarkable statement: “’Vengeance is Mine,’ says the Lord, ‘I will repay.’” This means that God’s honor is not up to us to defend in the ultimate sense---not that we should not lovingly, graciously speak out when we can, if He is dishonored.

But this is a huge difference between the Christian and the Islamist. The Islamist is the radical Muslim committed to Islamic superiority and willing to kill for it. In effect, the Islamist says, “Vengeance is ours. We will repay.”

It was Islamists that engaged in the infamous slaughter in Paris at the cartoon magazine offices.

In reaction to the violent attack in Paris last week, Howard Dean said on MSNBC, “I stopped calling these people Muslim terrorists. They’re about as Muslim as I am.”

He continued, “I mean they have no respect for anybody else’s life, that’s not what the Qur’an says. And, you know, Europe has an enormous radical problem….I think ISIS is a cult. Not an Islamic cult. I think it’s a cult.”

It fascinates me that liberals, who are quick to blame Christians for anything---justly or unjustly---engage in semantic gymnastics to try and separate Islam from the frequent and widespread killing by Islamists. But that is a futile exercise and just leads to impotency in dealing with this very real threat to all of us.

John Wohlstetter, a senior fellow with the Discovery Institute, is a national security and foreign policy expert. I interviewed him for my radio show in the wake of the Paris killings. I told him that as a follower of Jesus, I would not want to publish those anti-Muslim cartoons because I want to reach Muslims for Christ, not offend them.

He responded, “That makes sense as manners. But….what is at stake here is, Do we define the ambit [the range] of our freedom of speech or do our adversaries?”

After the Paris massacre, Wohlstetter noted in his blog at letterfromthecapitol.com, “Ditch multiculturalism, or kiss freedom goodbye…We cannot prevail unless we identify the enemy.” I would add that we don’t to read Sun-Tzu’s Art of War to know how critical that last point is.

In Christianity, God will right all wrongs in the end. He will judge and He will hold all accountable. In Islam, it is up to the individual to uphold the honor of Islam, Mohammad, and the family honor. Any slights against these should be avenged by Muslims.

That explains much of the bloodshed from radical Muslims. In contrast, forgiveness is a Christian concept. In Christianity, God’s divine Son even submits Himself to crucifixion for the forgiveness of His enemies. We Christians, rather than killing to defend His honor, are to share the message of reconciliation with God through Christ to everyone, personally forgiving our own enemies as we go. Not that Christians always live up to that, but it is the ideal taught by our faith.

Jesus is the source of our freedom and forgiveness. For example, in 1777, when he was an active member of an orthodox church, Thomas Jefferson wrote the Virginia Statute for Religious Freedom. It was passed in 1786. It was a key forerunner to our First Amendment.

Jefferson said, “Almighty God hath created the mind free…all attempts to influence it by temporal punishments…are a departure from the plan of the holy author of our religion [i.e., Jesus], who being lord both of body and mind, yet choose not to propagate it by coercions on either, as was in his Almighty power to do, but to exalt it by its influence on reason alone…”

Since Jesus gives humans freedom to accept or reject Him, it is wrong for us to compel belief.

All religious force does is to “beget habits of hypocrisy,” according to Jefferson.

I know some Coptic Christians from Egypt, whose people are routinely persecuted by Muslims. They told me that the Copts have a saying to this effect: “God will protect the Bible. But the Muslims need to protect the Qur’an.”

This is why after the slayings in the satirical magazine in Paris, one of the shooters was heard to say, “Now we have avenged the Prophet.”

Meanwhile, Christians peacefully protest anti-Christian bigotry, which never seems to end; but we don’t kill anybody over it, nor should we. After all, “Vengeance is Mine," says the Lord. "I will repay."