Easter Hope---Based on Facts of History 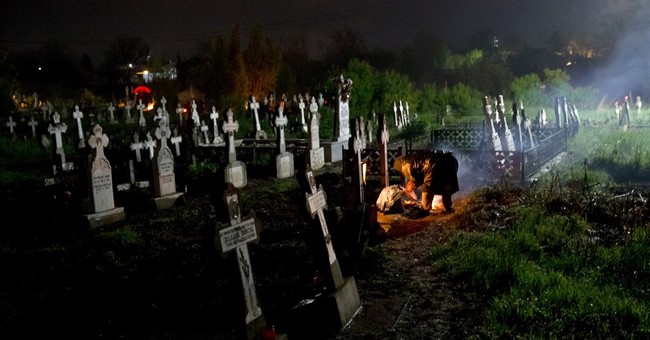 Jesus sells. That’s why they have cover stories on Him in magazines and TV specials, even if some of them offer strange theories to try to explain away things like the original Easter.

In 2000, Jennings hosted a special, “The Search for Jesus.” He never found Him because he relied almost entirely on liberal Bible scholars who dismissed the reliability of the Gospel accounts. The special, though well done, needlessly cast doubt on all the basics about Jesus.

But in 2004, Jennings hosted another ABC special, on Jesus and Paul. This special was fairer, at least they featured an occasional conservative scholar, such as the great Dr. Paul L. Maier.

During that 2004 special, Jennings was walking around Rome, observing that Peter and Paul, two key leaders in the early Church, were absolute nobodies in the first century when they came to that city. They were total outcasts, and both were put to death there as martyrs for their faith. Yet now these two dominate the city. As does, of course, the Jesus they served.

When Jesus walked out of the tomb, He changed history. This is 2014 because Jesus was born circa 2014 years ago. We wouldn’t be talking about Him if He had stayed dead.

The biggest single reason I believe Jesus walked out of that tomb bodily is because the disciples were so transformed. At Jesus’ death, they had been very scared. Peter, their leader, denied three times that he knew Him, just to save his skin.

But then something happened that transformed them and made them unstoppable. They claimed that they saw Him risen from the dead, not just once, but many times. They were not wallowing in credulity. In fact, if you read the Gospels, we see that many of the disciples were the original skeptics of the resurrection. We even have the common phrase “Doubting Thomas” because Thomas didn’t believe it---until he saw Jesus alive.

I’ve had the privilege of interviewing many leading Jesus scholars (both believers and skeptics) on the questions of who is Jesus, are the Gospels reliable, and did He rise from the dead?

All of them, even the most skeptical, agree at least on this: The disciples were convinced that they saw Jesus risen from the dead. The skeptics don’t think He arose, but they acknowledge that the disciples absolutely thought so.

How else do you explain their fearless preaching to the ends of the known world (and beyond)? There is historical evidence that ten of the remaining eleven apostles (twelve minus Judas) died a horrible martyr’s death. Only John lived to old age, though he was reportedly boiled in hot oil.

None of them denied that Jesus rose from the dead after He died to provide forgiveness for fallen humanity. No, not one. They sealed their testimony in their own blood.

But, you say, people die all the time for what is a lie. Perhaps---but not knowingly so. If the disciples were a part of some supposed “Passover Plot,” if they had stolen the body and made up this story, would they have given their lives for what they knew was a lie?

Historian Dr. Paul Maier once told me, “Myths do not make martyrs. And if this story had been invented, they would not have gone to death for it. If Peter had invented the account as he’s ready to be hoisted up on a cross in Rome, he would’ve blown the whistle and said, ‘Hold it! I’ll plea bargain with you. I’ll tell you how we did it, if I can come off with my life.’”

British theologian N. T. Wright noted, “The disciples, at the time of Jesus’ crucifixion, were completely devastated….Since everybody knew that a crucified Messiah was a failed Messiah, the only thing which explains why they said Jesus was the Messiah is that they really did believe that He had been bodily raised from the dead.”

Jesus’ resurrection on a Sunday changed the day of worship for the church, and established it as a day of rest. Each Sunday through much of the world now serves as a weekly reminder of that resurrection. Thus, even the atheist who sleeps in this Sunday morning will be ironically paying homage to Jesus’ walking out of the tomb 2000 years ago. He is risen indeed.