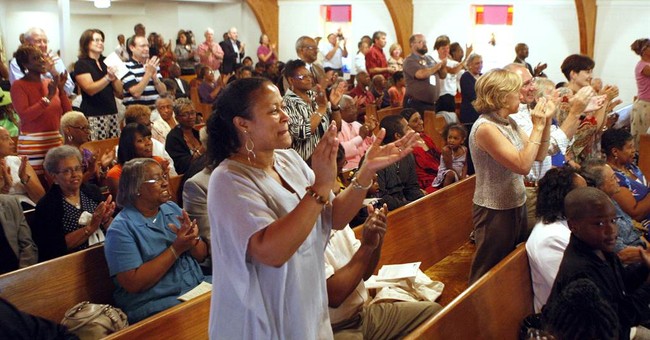 I’ve often wondered why the studies show consistently that going to church lengthens your life and even the quality of your life.

One time I had the privilege of interviewing a sociology professor and author, Dr. Byron Johnson. When I spoke with him, he was teaching at the University of Pennsylvania. He went on from there to Princeton and is now at Baylor. He has made a lifetime of studying the impact of religion on society, on health, mental and physical.

These are averages. Obviously, there are exceptions but this statistically significant increase must be reckoned with.

Another study released many years ago was conducted with 5000 people from Alameda, CA over a span of 28 years to determine the long term benefits of attending church. The [Ft. Lauderdale] Sun-Sentinel summarized the findings with this phrase, “Go to church, live longer.”

What factors contribute to this consistent finding? One of them, I believe, is the effect of fellowship. We are designed by God to be social creatures, but we now live in perhaps the most disconnected society in history. Loneliness is the inevitable result--- a new study even finds that loneliness can kill.

Steve Connor wrote an article: “Extreme loneliness worse for health than obesity and can lead to an early grave, scientists say,” which is published in the Independent (UK, 2/16/14).

Connor notes: “Chronic loneliness has been shown to increase the chances of an early grave by 14 per cent, which is as bad as being overweight and almost as bad as poverty in undermining a person’s long-term wellbeing, a study has found.”

The article quotes Professor John Cacioppo, a University of Chicago psychologist, who says, “Retiring to Florida to live in a warmer climate among strangers isn’t necessarily a good idea if it means you are disconnected from the people who mean the most to you.”

Connor also notes: “Research has shown that at any given time between 20 and 40 percent of older adults feel lonely.”

So what does this have to do with active church membership? Quite a bit. Getting involved in a good church can be a real antidote to loneliness. Becoming a Christian actually means joining the largest family in the whole world.

Contrary to the image in the Beatles’ song “Eleanor Rigby,” implying that church people are lonely, the opposite is usually the case. In fact, there are brothers and sisters all over the world in Christ, from all sorts of tribes and tongues.

I’ve seen this first hand in marrying a woman from another country---Norway, in her home church, in a bilingual service. (We said, “Ja, I do.”) She and her family are all in Christ. When I first met her, our Christian faith was the starting point of our relationship. Before we became family through marriage, despite the language barriers, we were already family.

My daughter has found the same thing. She married a Christian whose family left Egypt in the early 1990s, knowing that their sons (one of whom is now my son-in-law) would have no future as persecuted Christians under a Muslim majority there. His family and mine are one in Christ.

I know sometimes people can go to church and may experience an unfriendly situation. But it’s like anything in life: What you get out often tends to correlate with what you put in.

Some people might attend a church just on Sunday morning but not get involved in other ways. They are still better off than if they didn’t attend at all. But better yet is to plug in. To find some avenue of service to others, to be a part of an accountability group. For example, joining a weekly Bible study with friends can be a real life-changer and can help overcome loneliness.

To have a friend, be a friend. As Jesus put it, treat others as you would want to be treated. Applying that statement alone helps explain how active churchgoing can lead to longer life.

When the Bible says we should not forsake “assembling” with each other, who knew that such a command was good for our health as well?