‘Tis the Season to Attack the Gospels? 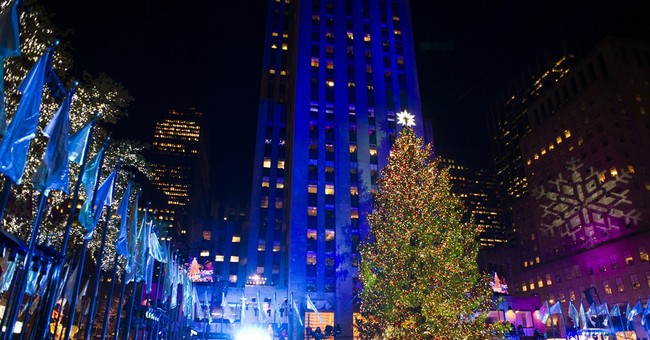 Every year at Christmastime, like clockwork, you can expect the mainstream media to come out with some sort of “fresh” perspective on Jesus. We see this on TV specials and in magazines and reports. Since December has just begun, I thought I’d be pro-active in answering the critics.

One man who contributed significantly to Christian apologetics was one of America’s great legal leaders. Simon Greenleaf (1783-1853) was a professor at Harvard Law School (1833-1848). He contributed a great deal to the school, expanding it, including its library.

Greenleaf wrote a major textbook used widely, A Treatise on the Law of Evidence.

Contrary to some accounts (even found extensively on the Internet, to this day), Greenleaf was not an atheist or agnostic converted to Christianity by the evidence for the resurrection. He was a lifelong, active member of the Episcopal Church. In 1847, Greenleaf applied his expertise as a pioneer in the area of trial evidence to the Gospels in a landmark book.

Greenleaf wrote The Testimony of the Evangelists: The Gospel Examined by the Rules of Evidence. The evangelists, of course, are Matthew, Mark, Luke, and John. As he applied the rules of evidence to the Gospels, he found them reliable.

Greenleaf says, “The foundation of our religion is a basis of fact---the fact of the birth, ministry, miracles, death, resurrection by the Evangelists as having actually occurred, within their own personal knowledge. Our religion, then, rests on the credit due to these witnesses. Are they worthy of implicit belief, in the matters which they relate? This is the question, in all human tribunals, in regard to persons testifying before them; and we propose to test the veracity of these witnesses, by the same rules and means which are there employed…” He answers, Yes.

He goes on from there to highlight the four Gospel writers:

*Matthew (also called Levi), the tax-collector and one of the twelve, an eyewitness of the Gospel events. Writes Greenleaf: “Matthew was himself a native Jew, familiar with the opinions, ceremonies, and customs of his countrymen; that he was conversant with the Sacred Writings…”

*Mark (also known as John Mark) was essentially Peter’s scribe in his Gospel---from the early Church comes the consistent report that Peter’s recollection of the Gospel events are found in the second Gospel. Mark went on to preach the gospel in Egypt, where he was martyred.

*Luke, believed to be a physician, traveled with Paul. Says Greenleaf, “If…Luke's Gospel were to be regarded only as the work of a contemporary historian, it would be entitled to our confidence. But it is more than this. It is the result of careful science, intelligence and education, concerning subjects which he was perfectly competent to peculiarly skilled, they being cases of the cure of maladies.”

*John was a fisherman of Bethsaida, on the Sea of Galilee. Greenleaf says he wrote his Gospel after the other three, recognizing their truthfulness, and added things not found in the others.

Greenleaf notes a great unfairness shown the Evangelists in modern scholarship: They are somehow guilty until proven innocent. They are viewed as untrustworthy for no cause, until they can somehow be corroborated by some outside secular source. (If it was true in Greenleaf’s day, how much more is it true in ours---despite the wealth we have of additional archaeological and manuscript evidence in favor of the Gospels’ veracity.)

Says Greenleaf: “But the Christian writer seems, by the usual course of the argument, to have been deprived of the common presumption of charity in his favor; and reversing the ordinary rule of administering justice in human tribunals, his testimony is unjustly presumed to be false, until it is proved to be true.”

Greenleaf adds, “It is time that this injustice should cease; that the testimony of the evangelists should be admitted to be true, until it can be disproved by those who would impugn it; that the silence of one sacred writer on any point, should no more detract from his own veracity or that of the other historians, than the like circumstance is permitted to do among profane writers; and that the Four Evangelists should be admitted in corroboration of each other, as readily as Josephus and Tacitus, or Polybius and Livy.”

So, be prepared, when you see the TV specials coming up about “the true story of Christmas” or the like, when they attack the Gospels. The Gospels have been put on trial, and they have passed the test. Don’t take my word for it---take that of the legendary professor at Harvard Law School.