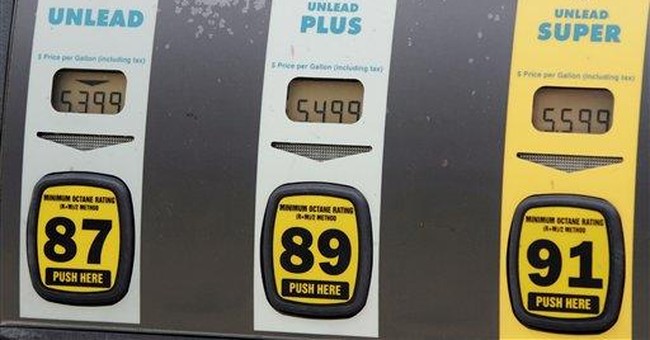 Do you ever wonder why America initiated and then dominated the oil exploration and discovery industry. Its because Thomas Jefferson decided that along with the monarchy, the aristocrats and landed titles, the American Revolution would also throw out the (literally) medieval notion that although a man could own his own land, what was under it belonged to the king.

From the 12th century onward, the Holy Roman Emperor and his successors held that the property rights of freemen never penetrated below the surface. The king was sovereign over what lay beneath. That mean that discoveries of gold, iron ore, or coal were of benefit only to the king and not to the landowner. In fact, they were detriment to the landowner. Farmers lived in dread of discovering valuable resources in his field, and sometimes even hid such discoveries to avoid the uncompensated intrusion of the king’s men into his estate.

Yes, the landowner could, sometimes, procure the right to use the resources, but it had to be purchased from the state in the form of an installment sale. The more he took out, the more he paid to the monarch. The medieval monarchial roots of this system can still be seen in the form of a linguistic fossil in the world ‘ROYAL-ties’ which are even now paid to the state by oil drillers and other mineral developers.

Jefferson, whom we honor this week for his affirmation that we have certain “unalienable rights, among which are life, liberty and the pursuit of happiness”, applied his philosophy in the field of mineral rights by asserting that your property goes deeper than old-Europe thought. It includes not just the fruit of the natural processes which produce food, but also the ones which produce subterranean resources.

This has made all the difference. In America, for the first time in Western history, people wanted to find coal, iron, gold and (eventually) oil. Farmers searched beneath the topsoil, most found nothing but a few found untold wealth, for themselves and the world. The key to energy abundance isn’t state planning. It’s not some ‘Manhattan Project’ which will somehow undo the laws of physics and create energy out of nothing. The key to energy abundance is not to follow the model of the late middle ages and put mineral rights under the sovereignty of ‘the crown’. The key to energy abundance is a return to the principles of the founding, starting with the right to own, which also means to develop, our private property.