How Important are the Georgia Runoffs?

Jenny Beth Martin
|
Posted: Dec 23, 2020 12:01 AM
Share   Tweet
The opinions expressed by columnists are their own and do not necessarily represent the views of Townhall.com. 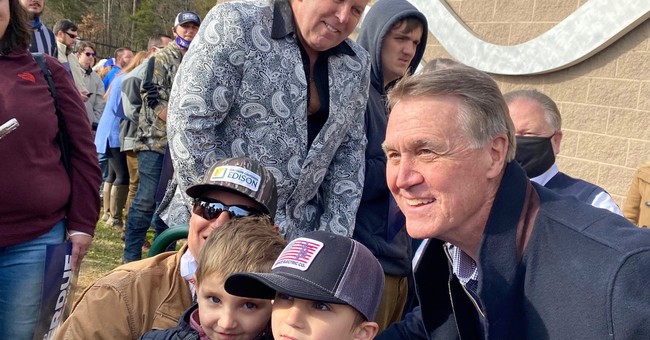 How important are the Georgia runoff elections for two seats in the U.S. Senate? Well, look at it this way: Unless Democrats win both seats, Joe Biden – assuming, for the sake of argument, he is sworn in as the next president – will become the first Democrat since Grover Cleveland in 1885 to enter the White House without his party controlling both the U.S. House of Representatives and the U.S. Senate. Why is that important? Because it means that without victories in both races, Biden will not be able to move his legislative agenda through the Congress without at least some measure of GOP buy-in. And, legislatively speaking, that makes all the difference in the world.

The Georgia runoffs are important enough that last week, Biden visited the state to campaign for his party’s candidates, Jon Ossoff and the Rev. Raphael Warnock.

Democrats haven’t threatened what they will do if they take control of the Senate, they’ve promised – an end to the legislative filibuster, so the Senate becomes just a smaller version of the House, without any protection for minority rights; overturning more than 150 years of law and tradition to “pack” the Supreme Court to create a manufactured liberal majority; adding two new states, and four new Democrat senators, in the District of Columbia and Puerto Rico; amnesty and citizenship for 12-20 million illegal immigrants; an end to construction of the wall on the southwest border, and, quite likely, a decision to tear down the hundreds of miles of new barrier that’s been constructed over the last several years; gun confiscation; repealing the 2017 Tax Cut and Jobs Act that helped fuel an economic boom that led to record-low unemployment across all demographic groups; an end to private health care, and the implementation of taxpayer-funded single-payer healthcare; and the multiple-trillions-of-dollars Green New Deal, which, if enacted, would slam the brakes on the current economic recovery and likely tip us back into recession.

The stakes are high, and everyone recognizes them.

There’s a problem – we in Georgia still have not settled the presidential election that took place on November 3. While the state’s authorities have certified the election results as a narrow win for Biden, the Trump campaign still has a legal challenge outstanding, alleging violations of some 35 different state laws. Backing up the charges are more than 1,500 pages of affidavits, eyewitness testimony from observers who swear under oath that they personally witnessed violations of state election law. As an example, if just one of those allegations – the charge that 66,247 individuals were 17 or younger when they registered to vote, thereby making their voter registration invalid, and thus making them ineligible to vote – were to be proven true, it would overturn the election results and require the election to be declared null and void. Simply hearing and resolving the case through the court system would do a great deal to restore confidence among many Georgia voters that their vote matters.

In the midst of this ongoing controversy, Perdue and Loeffler are working hard to win their races. Recognizing the demands of their own grassroots supporters, they are doing what they can to be supportive of the Trump campaign’s ongoing legal challenge – an effort that, by its nature, requires us to look to the past – even as the very nature of their current endeavor requires them to look to the future. It’s the political equivalent of threading a needle, and on their success in that effort rests nothing less than the next two years of political and legislative action in Washington.