Running From the 'R' Word 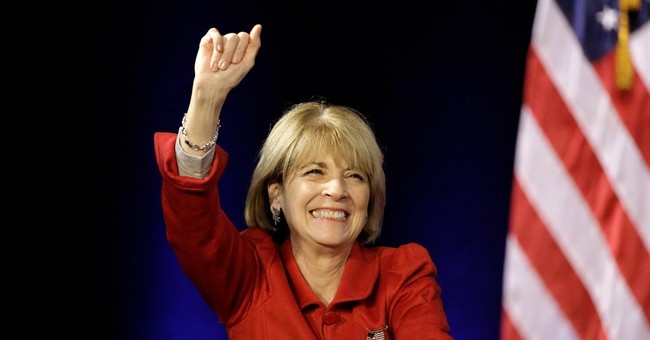 IF ATTORNEY GENERAL Martha Coakley uttered the word "Republican" even once in last night's televised gubernatorial debate, I missed it. For a Democrat hoping to win the highest office in one of the nation's bluest states, it was a mystifying omission.

Baker found opportunities last night to show the kinder, gentler persona he hopes will win over skeptical Bay State Democrats. He told Coakley graciously at one point: "No one is challenging your record as a child advocate across a long and distinguished career in public service." That was deft and diplomatic, considering that an independent political action committee strongly backing Baker has been running a TV ad that brutally challenges Coakley's record on exactly that ground: She "tried to silence children's advocates," the spot intones; "Martha Coakley failed our most vulnerable citizens."After all, most Massachusetts voters, most of the time, would rather crawl through broken glass than vote for the candidate with the "R" after his name. The GOP's brand in this state could hardly be more toxic. That is why Charlie Baker's second campaign for governor has so clearly been built on a strategy of being the sort of Republican Massachusetts voters can feel comfortable with — the sort of Republican who supports a socially liberal, activist government, but who promises to run it more efficiently and economically than it's been run under Deval Patrick.

Nothing so harsh came out of Baker's mouth last night. Instead there was plenty of forgettable boilerplate about how Beacon Hill in recent years "took its eye off the ball" and how the next governor should be a "weed-whacker" focused on data, preventing mismanagement by keeping "a firm hand on the tiller." When he did say something strong and quotable, it was an eight-word pledge: "Taxes under a Baker administration will go down."

Will voters believe that? Should voters believe anything these candidates say? Running for governor in 2006, Patrick insisted that property taxes would go down on his watch. Eight years later, property taxes area whole lot higher. Baker's political mentor, former Governor William Weld, vowed in 1990 to vigorously resist then-Senate President Bill Bulger and the culture of corrupt cronyism he embodied. Then he won the Corner Office and reinvented himself as Bulger's best pal.

So take it all with large dose of salt, voters. Debates like last night's can be entertaining. But as a roadmap to the next administration, they are woefully inadequate.