Who Will Rest and Who Will Wander 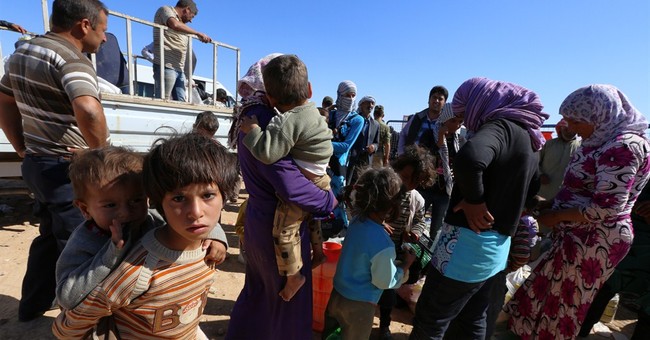 THERE IS a transfixing passage in the High Holy Day liturgy, recited on Rosh Hashanah, the Jewish New Year, and Yom Kippur, the Day of Atonement, which depicts God sitting in judgment of mankind, reviewing each person's deeds and deciding who will live and who will die.

Ominously, the ancient prayer enumerates the awful ways a life can end. "Who by water and who by fire; who by sword and who by beast; who of hunger and who of thirst; who by earthquake and who by plague…"

Then comes a shift. Something else is at stake: "Who will rest and who will wander."

The juxtaposition seems incongruous. Can those condemned to "wander" in the year ahead — to be exiled, displaced, to be forced to flee — be likened to those who will meet death by sword or plague? The uprooted and evacuated, after all, can always make new lives for themselves elsewhere. The dead cannot.

Of course it is true that many refugees successfully start over, and the rabbis of antiquity who composed this prayer would have been the last to deny that where there is life there is always hope. But like Jews since time immemorial, they knew only too well how terrible the fate of refugees and dispossessed migrants can be.

The UN High Commissioner for Refugees reported in June that for the first time since World War II, the number of refugees worldwide exceeds 50 million. "We are witnessing a quantum leap in forced displacement in the world," said António Guterres, who heads the UN's refugee agency. "There is no humanitarian response able to solve the problems of so many people."Of course it is true that many refugees successfully start over, and the rabbis of antiquity who composed this prayer would have been the last to deny that where there is life there is always hope. But like Jews since time immemorial, they knew only too well how terrible the fate of refugees and dispossessed migrants can be.

This flood wave of suffering and disaster shows no sign of having crested. In just the past week, more than 150,000 Kurdish refugees from Syria have fled into Turkey, which was already reeling from an influx of 1.5 million refugeesdisplaced by the Syrian civil war. At least as many Syrians have poured into Lebanon and Jordan.

"It is the war in Syria that most dramatically illustrates how quickly a country's fate can be upended by civil war,"observes the New York Times. "In 2008, it was the world's second largest refugee-hosting country. By 2013, it was the world's second largest refugee-producing country." Yet Syrians constitute only a fraction of the planet's desperate exiles, asylum-seekers, and expellees. Millions more have been driven — by fear or violence or hunger or persecution or natural catastrophes — from their homes in Afghanistan, Somalia, Burma and elsewhere.

The plight of certain groups of refugees — Vietnamese boat people, Sudanese migrants from Darfur, victims of ethnic cleansing in Bosnia, Cubans escaping a Communist tyranny — will sometimes touch the heart of societies fortunate enough to be blessed with domestic tranquility and prosperity. Far more commonly, they will be resented or spurned or ignored.

Or worse: Australia last Friday signed an agreement to transfer asylum-seekers to Cambodia, rather than grant them safe haven on Australian soil. When a wave of child migrants from violence-plagued Central American countries crossed into Texas earlier this year, many Americans across the political spectrum demanded that they be sent back.

Like war, refugee flows have been part of the human condition since the dawn of history. And if any people has known the anguish of being forced to "wander," it is the Jews, whose history is replete with banishment and exile.

In the Middle Ages, Jews were expelled en masse from England and France and Spain and Austria; in the 20th century they were driven by oppression and pogroms from Egypt and Iraq and Libya and Syria. When the Pew Research Center, in a 2012 report, analyzed the religious composition of the world's migrants, it found that one in four Jews today live in a country other than the one they were born in — far and away the highest percentage of any religious group. Not all who migrated fled in fear or from danger. But the Jewish people know from long and painful experience that "who will rest and who will wander" can be as momentous a fate as life and death.

In the final paragraphs of A History of the Jews, Paul Johnson writes: "The Jews were the emblem of homeless and vulnerable humanity. But is not the whole earth no more than a temporary transit-camp?"

That lesson could hardly be more urgent. Every minute eight more people become refugees, leaving everything behind to escape war, persecution, or terror. No one can relieve all the suffering that dreadful statistic represents. But surely each of us can relieve some of it.