For Casinos — and For Repealing the Casino Law 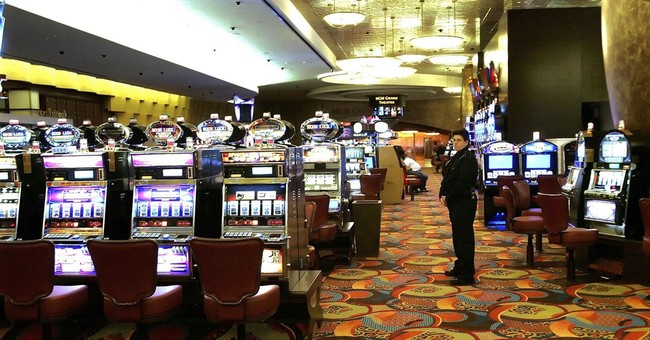 If Question 3 passes, casinos would once again be illegal in Massachusetts. There would no longer be a need for a powerful gaming commission to pick and choose among applicants for one of the coveted licenses to operate a casino in the state. For Massachusetts residents with a yen for slots or roulette, the nearest legal optionswould remain in Connecticut, Rhode Island, or Maine.

I realize that support for Question 3 is concentrated among voters with moral, social, or public-policy objections to casinos. Slot machines (which take up most of the space in casinos) are designed to be addictive, luring players into gambling compulsively until their money is gone. Rarely do casinos supply the economic growth hormone that promoters glowingly predict. The short-term stimulus provided when a casino opens in a distressed community tends to fade over time. Instead, as 33 experts note in a report published by the Institute for American Values, "the presence of a casino drives out established local businesses and attracts other gambling-linked businesses, such as payday lenders, pawn shops, auto title lenders, and check cashing stores."

There are other costs. Where casinos go up, research shows, volunteerism, civic participation, and family stability decline. Property values suffer. Crime increases. So does bankruptcy.

Those are undeniably serious concerns. But they don't add up in my mind to an argument for prohibiting casinos — just as the serious harms associated with alcoholism, football, automobiles, and pornography don't add up to a case for shutting down liquor stores, the NFL, interstate highways, and adult film studios. Gambling isn't my thing, but if it's the way you choose to spend your time and money, more power to you. Life is messy and sometimes tragic, but generally it's better to err on the side of freedom, markets, and choice — not to let the fact that some people choose unwisely become a justification for empowering government overlords to choose for us.

So why will I vote for a ballot measure that would return Massachusetts to casino prohibition? Because the state's traditional ban on casinos, though unreasonable, is far less damaging than the 2011 law that modestly expanded gaming at the cost of drastically expanding government control.

If that law had simply freed casino developers to operate in Massachusetts on roughly the same terms that apply to owners of newspapers or service stations or restaurants or roofing firms — i.e., regulated for compliance with standard safety, wage-and-hour, antidiscrimination, and environmental laws, but otherwise free to use their own judgment — there would be no reason to repeal it. Instead, Beacon Hill created a process in which almost every detail must be decided, approved, or dictated by the government.

Everything in this process depends on the goodwill — or the blind eye — of the Massachusetts Gaming Commission. Who gets those lucrative monopoly casino licenses? What is the legal status of nearby communities? Which vendors can casinos do business with? Whom can they hire as employees? What will the new facilities look like? How will the construction be financed? Who sold the land the casinos will be built on?

Spend some time poking around the gaming commission's website to get a sense of just how intricate and intrusive the state's involvement in the casino business is under the current law. The lists and scope of regulations, applications, fees, and deadlines seem almost limitless. Want to mop floors or wait tables at a Massachusetts casino? You'll have to pay the government $75 and fill out a 13-page Gaming Service Employee registration form that demands to know everything from the color of your eyes to where you were living five years ago. If you're a higher-ranking "key gaming employee," such as a slot machines manager, theregistration form runs to 29 pages, and the filing fee is $1,000.

This isn't reasonable regulation, it's Big-Brother-as-control-freak. By enmeshing itself so deeply in every aspect of bringing casinos to Massachusetts, the state has guaranteed not an ethically pristine process that all of us can trust, but endless manipulation, charges of bad faith, and temptations to corruption. Already the chairman of the Massachusetts Gaming Commission has had to recuse himself from key decisions because of behind-the-scenes entanglements and allegations of bias.

With billions of dollars at stake, and state officials holding the strings, this mess can only get worse. There's no fix for such a wholly politicized gaming law. Let's repeal it now, while we still can.

BREAKING: The Historic SpaceX and NASA Launch Has Been Delayed