If Hillary runs, it won't be as a Clinton Democrat 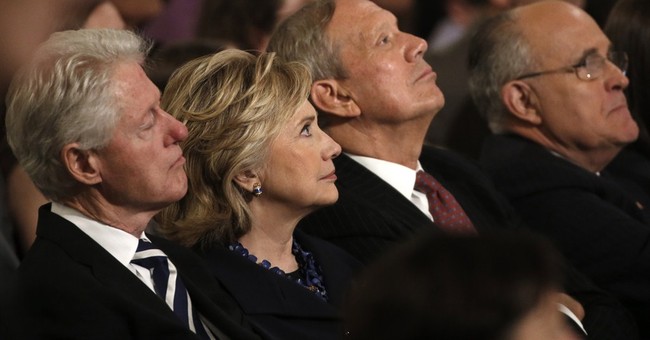 Amid the sound and fury that greeted the Supreme Court's ruling in the Hobby Lobby case, many liberals had sharp words for the Religious Freedom Restoration Act, the federal law in which the court's decision was grounded.

The left-wing Center for American Progress urged Congress to weaken the law's protections, and the New York Times editorial blog pointedly reminded voters that "acts of Congress can be overturned or changed if the right lawmakers are in place." The Freedom From Religion Foundation placed full-page ads insisting that "Congress must repeal RFRA." Hillary Clinton fed the bonfire, telling an audience in Aspen, Colo., that the court's application of the statute called to mind the type of "very unstable, antidemocratic" theocracies where men exploit "women and women's bodies … because of their religion, their sect, their tribe."

The law that Hillary Clinton and the others find so disturbing now was, of course, signed by President Bill Clinton in 1993. Congress had passed the measure with overwhelming bipartisan support; Ted Kennedy and Orrin Hatch were the lead Senate sponsors. "Let us never believe that the freedom of religion imposes on any of us some responsibility to run from our convictions," Clinton said at the signing ceremony. "Let us instead respect one another's faiths, fight to the death to preserve the rights of every American to practice [their] convictions." Most Democrats then, like most Republicans, shared that view.

Bill Clinton's religious freedom law isn't the only one that liberal Democrats today look upon with disdain.

It was Clinton who signed "Don't Ask, Don't Tell" in 1993 and the Defense of Marriage Act three years later. He and Vice President Al Gore fought hard for passage of theNorth American Free Trade Agreement. Clinton enacted the Helms-Burton Act, which extended and codified US economic sanctions against Cuba. And he signed the Iraq Liberation Act of 1998, making it the policy of the United States "to support efforts to remove the regime headed by Saddam Hussein from power." Two months later, Clinton ordered a major bombing campaign against Iraqi targets, saying Saddam "must not be allowed to threaten his neighbors or the world" with weapons of mass destruction.

The last Democratic president signed the Balanced Budget Act of 1997, and followed it up with four years of federal budget surpluses, the first in three decades. He signed tax relief that reduced the top capital-gains tax rate from 28 percent to 20 percent. But his most important domestic legislative achievement was unquestionably welfare reform. In his first State of the Union address, Clinton had promised to "end welfare as we know it," and through a blend of work requirements and benefit limits, the welfare-reform law he endorsed in August 1996 did so. The nation's welfare caseload plummeted by 54 percent over the next decade, and as millions of mothers went to work, child poverty rates plunged too.

It is commonly said that the Republican Party has become more right-wing in recent decades, as indeed it has. But can it reasonably be doubted that Democrats have moved even more sharply leftward? No would-be Democratic presidential candidate would think of running today on a platform of opposing gay marriage, toughening the Cuba embargo, restricting welfare eligibility, and chopping taxes on capital gains.

Bill Clinton is as popular among Democrats as he has ever been, maybe even more so. He commands whopping speaking fees. Candidates crave his endorsement. According to a recent poll, he is the most popular president of the past 25 years.

But a "Bill Clinton Democrat" wouldn't stand a chance in the contemporary Democratic Party. That includes Hillary Clinton, who has already — in effect, if not always in explicit terms — repudiated her husband's legacy on issues from gay rights to Cuba to taxes.

"Polarization is not a one-way street," observes public polling expert Andrew Kohut. Since Bill Clinton's time in office, the centrist "New Democrats" he epitomized have been marginalized. Democrats "are much more socially liberal than they were even a decade ago, more supportive of an activist government, more in favor of increased regulation of business," Kohut writes. And the momentum is with those who would push the party even further to the left.

Democrats love Bill Clinton. The priorities he advanced when he was in the White House? Not so much. The party declined to nominate his wife when she ran for president in 2008. It's not at all clear that the Democratic base, looking ahead to 2016, has had a change of heart.