The Vaunted 'Competence' Of Barack Obama 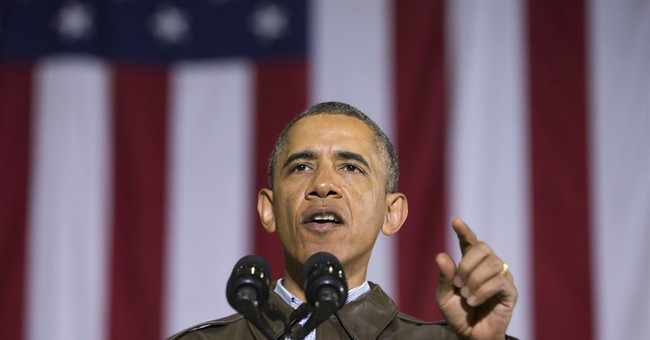 As a candidate for president in 1988,

It wasn't a winning argument. Dukakis had run as the architect of the so-called "Massachusetts Miracle," the state's mid-1980s economic boom. But the miracle was turning into a fiscal meltdown, and as it did Dukakis's once-commanding lead went down the drain. On Election Day, he lost to George H. W. Bush in a 40-state landslide.

Dukakis played down ideology because he didn't want to be tagged as a liberal, and he played up competence because that's what all candidates do. Twenty years later, Barack Obama did the same thing, but with far greater success. Running to succeed the deeply polarizing George W. Bush, Obama held himself out not just as a leader who would never "pit red America against blue America," but as a natural-born manager whose hallmark was smarts and competence.

Voters — encouraged by newspaper endorsements that saw in Obama's campaign "a marvel of sound management" (The Boston Globe) and backed him because he "offered more competence than drama" (Los Angeles Times) — ate it up. An astonishing 76 percent of respondents in a CNN/ORC poll shortly after the 2008 election agreed that Obama could "manage the government effectively."

Five years of Obama's presidency have certainly shattered that delusion.

The scandal now boiling over at the Veterans Administration, where

Abuses at the VA have been a problem for years. As a candidate back in 2007, Obama claimed that 400,000 veterans were "stuck on a waiting list," and he promised "a new sense of urgency" to "make sure that our disabled vets receive the benefits they deserve." But that urgency never materialized. In a letter to Obama a year ago, the chairman of the House Veterans Affairs Committee detailed some of the "serious and significant patient care issues" in the VA system, imploring him to address the worsening problems before even more veterans died. Yet nothing happened. The president showed no interest in the matter, and seemed to have no grasp of the scandal's lethal magnitude, until he learned about it on the news.

Obama came to the White House with a carefully cultivated image for almost preternatural competence — an image no one esteemed more highly than he did. "I'm a better speechwriter than my speechwriters," he had told campaign staff. "I know more about policies on any particular issue than my policy directors. And I'll tell you right now that . . . I'm a better political director than my political director."

He may still believe it, but most Americans no longer do. When respondents in a CNN/ORC poll this spring were asked once again about the president's ability to "manage the government effectively," a solid majority — 57 percent — said that description does not apply to Obama. Other surveys get similar results. In four Quinnipiac University polls taken since November 2013, respondents have been asked: "Do you think that in general the Obama administration has been competent in running the government?" Each time, a majority has said no. Asked whether the president is "paying attention to what his administration is doing,"only 45 percent say he is. None of those polls reflects recent coverage of the VA; presumably the numbers would be even harsher if they did.

Every presidency has its scandals and messes. George W. Bush's included the Hurricane Katrina aftermath, the calamitous post-Saddam administration of Iraq, and the misbegotten policies that stoked the subprime mortgage crisis. But Obama went out of his way to contrast himself with the supposedly bumbling and hapless Bush. He put effectiveness and smart governance at the very core of what Americans could expect if they elected him.

It hasn't worked out that way, or even come close. The Obama administration hasn't been distinguished by cool, cerebral, sure-footed professionalism, but by something closer to amateur hour. From the botched rollout of the Affordable Care Act to the bloody aftermath of the intervention in Libya, from enabling political witch-hunts at the IRS to being repeatedly outmaneuvered by Russia's Vladimir Putin, from swelling the debt he was going to reduce to embittering the politics he promised to detoxify, Obama's performance has been a lurching series of screw-ups and disappointments.

The 44th president — who once said that his accomplishments could compare favorably with those of any of his predecessors with the "possible exceptions" of Lyndon Johnson, FDR, and Abraham Lincoln — has always had a huge opinion of his executive gifts. The American people no longer share it. As a political creature, Obama's talents are undeniable. When it comes to competent governance, they turned out to be anything but.