Jeff Davidson
|
Posted: Feb 26, 2021 12:01 AM
Share   Tweet
The opinions expressed by columnists are their own and do not necessarily represent the views of Townhall.com. 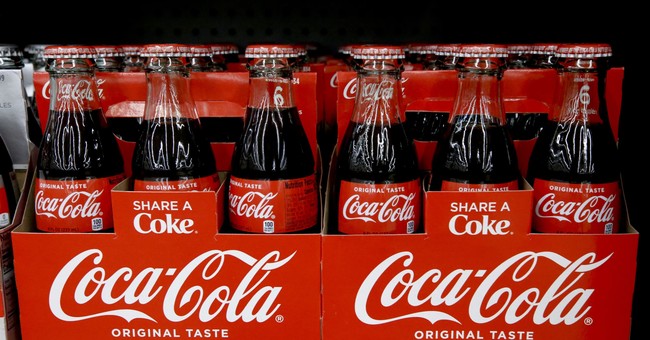 For all the decades I've been alive, I never realized that my whiteness was a problem for the rest of society. I'm one of those people who merely gets up every day, brushes his teeth, gets dressed, eats a decent breakfast, and goes to work.

I had no idea that in the U.S. and other western nations white people like me had been “socialized to feel that they are inherently superior because they are white.” Gosh, how naive I have been all these years!

White solidarity? Gosh, nobody told me about this, but now it's all become so clear thanks to enlightened (white) authors like Robin DiAngelo, who wrote the (thoroughly racist and condescending book) White Fragility, and thanks to companies such as Coca-Cola which have the foresight to impose programs for its white employees, to be less white.

In truth, I do strive to find the right answer when there's a challenge in front of me, particularly something related to numbers. I will collaborate on occasion, but most of the time I prefer to figure out things for myself, aided by the "all-knowing" Internet.

I don't think of myself as an oppressive, arrogant, defensive, or ignorant type of person, and no one has ever brought this up. Being white, however, I guess I can’t help it! I don’t seek to inhibit the success of others. However, I'm now informed that, by virtue of my skin color, I am detrimental to society. Excuse me. Who knew?

With Coca-Cola and other organizations teaching white people to be less white, I'm wondering, will the sequel be how Asians can be less yellow and Indians can be less brown? In America, both groups seem to excel academically. I suppose only domineering Caucasians, particularly aging white males like me, however, are the ones upsetting the apple cart all over society.

Perhaps I was given a free pass for the last 40 years. I mean, nobody ever mentioned my whiteness as a social and cultural problem. My black friends from Little League, high school, various hiking groups, and other groups around town haven't said squat. So, up 'til now, I seemingly was doing okay. Perhaps they've all just been nice to me while whispering behind my back.

Heeding the words of Dr. Martin Luther King, Jr., I thought our common goal was to live in harmony and to reach a state of color blindness where people were judged by the content of their character and not by their skin color. Oh well, I guess that is no longer in play.

I'm wondering, what would MLK conclude about today? Would he speak up against the propensity of the Left to define everybody else by class, sex or race? Would he be opposed to pitting young against old, rich against poor, black against white, rural against urban, male against female, and all the other phony dichotomies that the Left relentlessly promulgates each day?

The Absurdity of it All

The utter absurdity of regarding all white people as having a general set of characteristics, let alone having those characteristics be detrimental to society, has got to be the grand illusion of the ages. How long will "woke" organization maintain this facade? Have they been coerced to the point where they’re afraid to say, “This is ridiculous, and needs to stop now”? Will years or decades pass before we see the end of this malarkey?

I do not apologize for being a white person. No person of color has to apologize for their ethnic background, skin color, race, or religion. If you're a good citizen who respects the rights of others, that, my friend, is sufficient.

Morgan Freeman, who played God in the 2003 movie Bruce Almighty, wishes we would do away with Black History month and merely have history. Freeman also wants us to stop regarding individuals as black and white and just let people be people. Amen to that.