Nyet, Trump Is Not A Russian Puppet

Jeff Crouere
|
Posted: Apr 08, 2017 12:01 AM
Share   Tweet
The opinions expressed by columnists are their own and do not necessarily represent the views of Townhall.com. 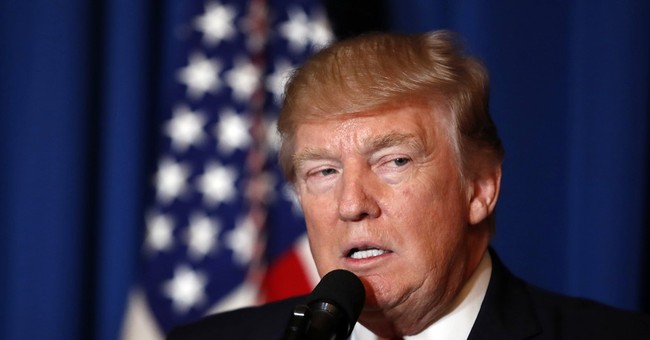 With the successful missile strike against a Syrian air base last night, President Donald Trump has accomplished many important goals. He has sent a pointed message to the world’s dictators that the use of chemical weapons will not be tolerated. In vigorously responding to atrocities committed by Syrian dictator Bashar al-Assad, the President has distinguished himself from the weakness of Barack Obama, who drew a “red line,” but flinched and refused to respond to Assad militarily.

The President acted less than 72 hours after Assad used chemical weapons to attack a rebel held area, Idlib Province. It was a decisive response that reassured American allies and sent a clear signal to our enemies, such as North Korean dictator Kim Jong-un, that this President will not hesitate to use military action if necessary.

Another definite result of the President’s military order is that the fantasy about Russian collusion in the 2016 election has been shattered to smithereens. A President dangerously influenced by Russia would never have taken such strong military action against Syria, a close Kremlin ally. Furthermore, after nine months of a fruitless investigation, no evidence has been produced that Trump campaign operatives colluded with Russian officials to steal the election from Hillary Clinton.

While there was no viable way that Russians tampered with voting machines throughout the country, there is also no guarantee that Russians hacked into the email accounts of the Democratic National Committee or Clinton Campaign Chairman John Podesta. In fact, Wikileaks founder Julian Assange repeatedly stated that Russian hackers were not his sources for the emails. Whether there was Russian involvement or not, it is questionable what impact, if any, these disclosures had on the voting public.

If the Russians had supported any candidate in the last election, it would surely have been Hillary Clinton. As Secretary of State, she advocated a “reset” of Russian relations and spoke very positively of helping the government. In a March 24, 2010 interview, Hillary told Russian journalist Vladimir Posner that “our goal is to strengthen Russia.”

Even more damming is the fact that during Clinton’s tenure the U.S. State Department gave approval for the Russian State Atomic Energy Corporation to purchase a controlling interest in a Canadian company, Uranium One, that had billions of dollars in assets, including control of 20% of our country’s uranium capacity.

Uranium is used in nuclear weapons and reactors and it is vital resource for any country, such as Russia, looking to rebuild their economy and military. While Hillary was green lighting Russia’s return to greatness, Bill Clinton was cashing in with fervor, receiving $500,000 to speak at a Moscow summit. The family foundation also did quite well, according to Clinton Cash author Peter Schweizer. He said that “shareholders” involved in the Uranium One transaction “transferred approximately $145 million to the Clinton Foundation or its initiatives.”

During President Obama’s first term, while Hillary Clinton was Secretary of State, and during his second term, the Russians were never seriously challenged by the United States. Obviously, the country’s leaders were pleased at the lenient treatment by the Obama administration. They used the opportunity to grow in influence in the Middle East, establish a stronghold in Syria, destabilize Ukraine and invade Crimea, annexing the region. In the process, Clinton and Obama did nothing to stop them.

In contrast, Trump campaigned on a unambiguous platform of rebuilding our military. Under the leadership of Barack Obama, the U.S. military suffered tremendously with dangerous cuts to all branches of the military, resulting in our country’s smallest armed forces since before World War II.

To counteract this decline, President Trump has called for a $54 billion increase in defense spending. Clearly, Russian President Vladimir Putin would be much more comfortable dealing with a President Hillary Clinton than a President Trump, who acted decisively yesterday and signaled to the world that he is no one’s puppet. Last night, President Trump acted in the national security interest of the United States, not at the behest of Russia or another country.

A puppet of Putin would not have launched the devastating attack on a Syrian air base, a strong move that obviously upset and rattled the Russians. With President Obama in the White House, Assad’s chemical weapons attack was met by only rhetoric, while President Trump responded to Assad’s use of chemical weapons with impressive military might.

Hopefully, this missile strike will convince the Democrats to end their Russian collusion witch hunt, which is only making their party and the liberal media look ridiculous. It is also distracting Congress from accomplishing more important goals such as repealing and replacing Obamacare, cutting taxes, securing our nation’s borders and rebuilding our military.