Jeff Crouere
|
Posted: Nov 05, 2016 12:01 AM
Share   Tweet
The opinions expressed by columnists are their own and do not necessarily represent the views of Townhall.com. 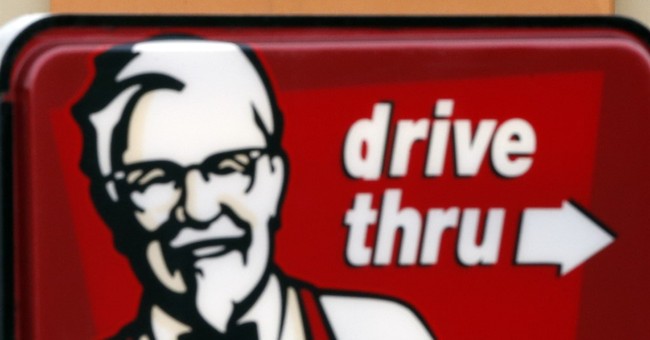 The latest employment report released Friday will be the final economic indicator Americans will receive before Tuesday’s presidential election.

Even more troubling, 425,000 people left the workforce altogether in October, giving us a labor force participation rate of only 62.8%, very close to the all-time low rate of the 1970’s.

While wages increased slightly last month, the average work week was stagnant at only 34.4 hours.

Not surprisingly, liberal economists are heralding the report as another indication of a growing economy. Sadly, nothing could be further from the truth.

Per the household survey, the number of full time jobs decreased by 103,000 in October, while part-time positions increased by 90,000. This is another horrible consequence of Obamacare which mandates that employers provide healthcare to any employees working more than 30 hours per week.

There are now over 8 million Americans forced to work multiple jobs, the largest number of part-time workers since 1996. Many of these people are scrambling to provide for their families and finding it difficult to survive in this supposed “recovery.”

One sector of the economy hit especially hard in the last month was manufacturing which lost 9,000 jobs. These are jobs which are not coming back to this country unless we elect Donald Trump as President. He is pledging to renegotiate or withdraw from trade deals such as NAFTA which have been so harmful to our country.

One of the countries that has prospered at our expense is China, which was allowed entrance into the World Trade Organization in December of 2001. Since that time, the United States has lost an astounding 70,000 factories. Only Donald Trump is talking about this vital issue and vowing to reverse the out-migration of these high paying jobs, which can average approximately $80,000 per year for positions such as a manufacturing engineer.

Most of the jobs created in the Obama economy are paying far less than $80,000 per year. In fact, in reviewing the overall economy, there are clearly some disturbing patterns. The United States has traded high paying manufacturing jobs for service sector jobs, such as fast food positions at Taco Bell, which just announced they will be adding 100,000 new jobs over the next six years.

While this announcement is good news for fast food lovers, it is not indicative of a vibrant economy. It reflects the fact that Americans are buying fast food in greater numbers, which is not especially healthy or desirable. It also indicates that these are the types of service sector jobs which are growing in the Obama economy.

With millions of Americans working multiple jobs or being forced to survive on fast food salaries, it is no wonder that our home ownership rate is now at a 51-year low. No potential home owner can afford a mortgage on a minimum wage salary.

This dire situation will only change with the creation of more high paying jobs in the private sector. If Americans elect Hillary Clinton next Tuesday, we will be giving control of our economy to someone with no history of job creation and almost no experience in the private sector. Hillary Clinton knows government and bureaucracy, but does not know how to incentivize an economy that is stagnant. Her plan for massive tax increases will be a disaster that will only lead to more factories and corporate headquarters leaving the United States.

With such a weak economy, it is essential for Americans to elect Donald Trump, a billionaire who has created a successful empire in a career spanning almost five decades. His tax cut plan is the boldest since Ronald Reagan. If implemented, the business tax rate will decrease to 15% and the individual tax rates will be reduced and simplified into three levels.

These tax cuts will create real growth in our economy. In worked in the 1960’s and in the 1980’s and it can work again. Coupled with his plan to massively reduce the burden of federal regulations, it is just what American businesses need to be competitive again and grow our labor force.

The choice is clear, do we what a Taco Bell economy or not? It is one of many reasons why this election is the most consequential election of our lifetime.