Vicious Video Did Not Kill The TV Star 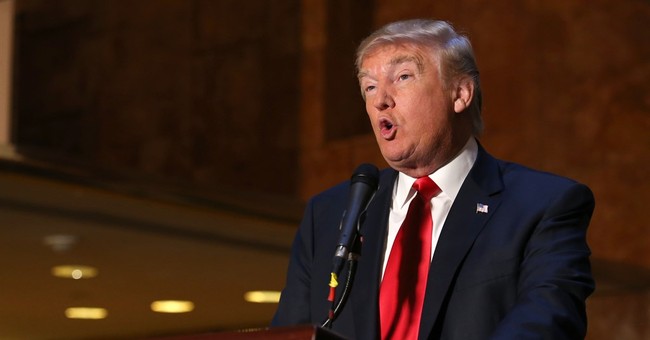 This week, a bevy of new polls continue to show real estate magnate and reality TV star Donald Trump and Dr. Ben Carson at the top of the GOP presidential race.

As one of the front-runners, Trump has faced a variety of mean spirited attacks from fellow Republicans, Democrats, media commentators and liberal groups, including Hispanic advocacy organizations.

One of the groups, Deport Racism PAC, released a horrific video this week featuring young children spouting nasty profanities directed at Donald Trump. In the video, a young boy named Ricardo directs his anger at Donald Trump, yelling “F—k you racist F—k.” Other children featured in the video joined the profanity party by yelling obscenities at Trump and even giving him the middle finger salute.

The parents of the children involved in this video should be ashamed for their participation in an attack that has been widely condemned by everyone from Hispanic activists to Trump opponent and fellow presidential candidate Senator Marco Rubio. It is truly despicable that this organization and video producer Luke Montgomery would have taken advantage of young children in such a disgusting manner. Political advertisements are certainly understandable, but when it involves abusing children, it has gone too far.

In response, Trump called the video a “disgrace” that “totally backfired.” In fact, he believes that it is leading more Hispanic voters to support his campaign. Trump maintains that he “loves” Hispanic Americans and will help their community by bringing back jobs from countries such as India and China.

The video offensive was launched at Trump because he has made stopping illegal immigration his signature campaign issue. He has called for the deportation of illegal aliens and the construction of a wall, paid for by Mexico, along the southern border. In his June announcement speech, Trump also noted that Mexico is not sending their best people to this country and that the influx of illegal immigrants includes rapists and criminals.

While his statements may have been politically incorrect, they are undoubtedly true. In recent months, Americans have been horrified by the string of crimes committed by illegal aliens, including the July 1 murder of Kate Steinle in San Francisco by Francisco Lopez-Sanchez, a career criminal who had been deported from the United States five times. He was released from prison in San Francisco several months before Steinle’s murder under the city’s sanctuary policies, which provide protection to illegal aliens from federal immigration authorities.

Across the nation almost 300 cities, such as San Francisco, harbor illegal aliens and refuse to turn these criminal offenders over to officials from the U.S. Immigration and Customs Enforcement (ICE). These deportation free zones attract criminals, such as Lopez-Sanchez, who commit violent acts against innocent Americans.

Due to the increasing crime and other problems caused by illegal aliens, Americans are demanding that the federal government stop this outrage. According to a recent Rasmussen poll, 62% of Americans want the U.S. Justice Department to take legal action against sanctuary cities.

In his presidential campaign, Trump is echoing the concerns of millions of Americans. His tough talk on immigration is one reason Trump stands atop the Republican polls. Obviously, this stance infuriates leftists including Montgomery and the supporters of the Deport Racism PAC.

Montgomery contends that Trump’s illegal immigration position is based on a view that Hispanics are “second class because they’re brown.” Thus, he justifies the use of young children yelling obscenities as “using a bad word for a good cause.”

In reality, Americans are tired of being told that protecting our borders and enforcing our laws is somehow racist. As a result, this broadside against Trump, like so many others, will backfire. The net impact of the video will be more publicity for Trump and more support for his presidential campaign, a happy ending to this sad story.