Ebola And Political Correctness Will Kill Many Americans 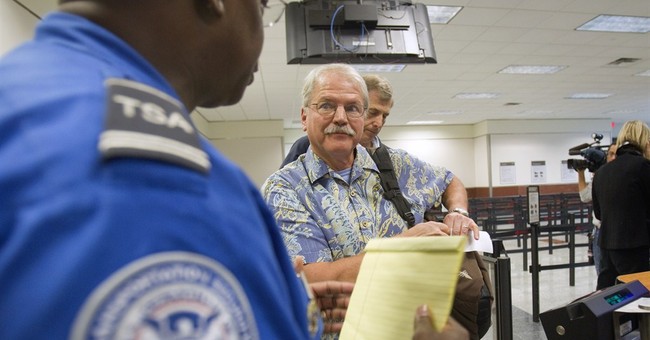 The epidemic that has devastated Western Africa has now arrived in the United States. In recent weeks, several infected healthcare workers have been flown back to the United States for successful treatment. However, a greater threat looms from ordinary citizens knowingly or unknowingly bringing the disease to our country.

This week it was uncovered that Thomas Duncan of Liberia flew to Dallas, Texas on United Airlines. He started his travels in Africa, stopped in Brussels, Belgium before arriving in the United States. While he did not show symptoms of the disease on the flight, he became sick in Dallas and is currently in critical condition.

Purportedly, Duncan traveled to Dallas to see family members, but his former boss in Monrovia, Liberia said that Duncan knew he had the virus and traveled to the United States to seek treatment. While Duncan’s family denies the accusation, there is no denying he came in contact with a pregnant woman in Monrovia on the verge of dying of Ebola.

Not surprisingly, Duncan soon became sick in Dallas. On his first trip to the hospital, he was sent home with antibiotics, even though he informed the medical staff that he was just in Liberia, the epicenter of Ebola.

The hospital bears the responsibility for allowing Duncan to leave and return to his family’s apartment in Dallas and possibly infect more people. When he became violently sick, the medical staff that arrived in the ambulance to pick him up did not even wear protective clothing.

It was later discovered that Duncan was vomiting on the street outside of the family residence before entering the ambulance. A Dallas television station spotted medical personnel cleaning up the vomit, but, once again, not using protective clothing.

At this point, 100 people are under observation and more many need to undergo testing. Duncan’s family is under quarantine and not allowed to leave their residence. With such careless handling of his case, it is quite possible many people have now been infected with Ebola.

The nightmare that is afflicting Dallas may soon be seen in other cities. Currently, people are being tested in Hawaii and Washington D.C. for Ebola. A NBC cameraman working in Africa has tested positive for Ebola and will be flown to the United States for treatment.

While these cases are disturbing, it is amazing that more people have not been infected. Since the number of victims may increase exponentially in the days ahead leading to a potential pandemic, we should immediately cease all air travel to West Africa.

Sadly, federal officials are not doing enough and the most important measures are not being considered. According to Thomas Frieden, Director of the Centers for Disease Control, prohibiting air travel to West Africa would “backfire” and “make it harder to help them.”

Frieden’s politically correct view feels good, but as with most liberal policies, it actually harms those impacted more than it helps them. It will not help West Africa if the epidemic grows in the United States. In that nightmare scenario, U.S. officials would have to focus on the needs of our citizens, resulting in more resources being directed to the homeland and not to Africa.

Our country must secure our borders. Today, it would be easy for an Islamist terrorist to purposely become infected with Ebola, cross the border and infect a large number of innocent Americans, using the disease as a devastating biological weapon.

What West Africa really needs is medical assistance, but we have sent 3,000 troops to the region to build healthcare facilities. This is unwisely exposing these Americans to this severe threat. At some point, those Americans will come home, hopefully, not infected with Ebola.