Radical Islam, Not Peace, On Display In Moore Oklahoma 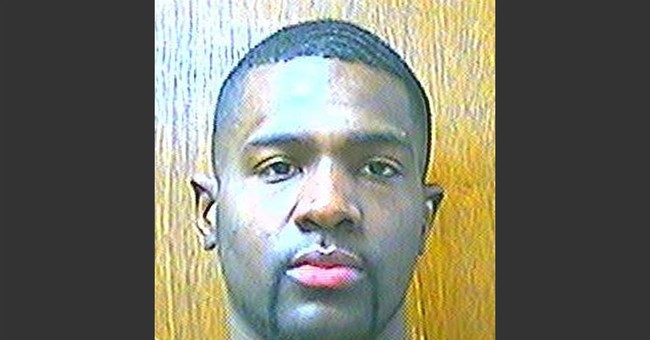 President Obama and other politicians are fond of reminding Americans that Islam is a “religion of peace.” Unfortunately, that message is not getting across to the millions of Muslims that adhere to a radical branch of Islam that considers non-believers to be infidels worthy of death. Frank Gaffney of the Center for Security Policy and other experts estimate that 15% of the 1.6 billion Muslims worldwide believe in this violent form of Islam. This means there are approximately 240 million Muslims who want to kill Christians, Jews and “moderate” Muslims.

Sadly, these radicals are not confined to the Middle East. They have found a home in the United States of America, even in Moore, Oklahoma. On Thursday, Alton Nolen, who recently converted to Islam, started attacking innocent people at the Vaughan Foods processing plant. Nolen, who had tried to convert others to Islam, had recently been fired from the company.

He turned his anger into murder when he stabbed and beheaded Colleen Hufford, a co-worker, and was in the process of killing Traci Johnson before he was stopped by Mark Vaughan, the company’s Chief Operating Officer. Fortunately, Vaughan, a reserve Oklahoma County deputy, shot Nolen before he could kill Johnson and others. According to Moore Police Sergeant Jeremy Lewis, Vaughan is a “hero,” because Nolen was “not going to stop.” Lewis believes it would “have gotten a lot worse” if not for Vaughan intervening with his firearm.

Liberals love to blame guns for violence in this country, but firearms are only an instrument, which can be used properly or improperly. What determines the outcome is the mindset of the individual pulling the trigger. In this case, Vaughan used a weapon to save lives. It is the type of incident that usually does not receive media coverage, but happens regularly in our nation.

It is much more common for an American, with proper training, to use a weapon to save a life than it is for someone to accidentally kill an innocent person. This tragedy once again highlights the importance of the right to bear arms.

It also clearly illustrates the growing threat of radical Islam in the United States. Nolen recently served several years in prison and may have converted to Islam while behind bars, like so many other prisoners in America.

While the media is underplaying his religion, it is a crucial part of this incident. It was likely a motivating factor for Nolen. He beheaded Ms. Hufford in the same manner as the Islamic State terrorists in Iraq and Syria have killed countless people, including two Americans and a British citizen.

Beheadings have become the hallmark of the Islamic State. It is a type of savagery that is gaining support for the Islamic State from deranged Muslims worldwide who emulate this horrific crime. This week, a French citizen was beheaded by a radical Islamic group in Algeria, which pledged allegiance to the Islamic State and their terrorist methods.

Obviously, the threat of Islamic terrorism is not confined to any one country. Radical Islam is becoming more of a problem in this country, which is why the FBI is investigating Nolen’s background and the incident at Vaughan Foods.

Another worrisome factor is that America is especially vulnerable due to our wide open borders. We have no idea how many Islamic State terrorists have crossed into our country. We also do not know how many Americans are converting to the radical form of Islam in our country’s prisons and mosques.

We are at war, not against terrorism or extremists, but against radical Islam. The war is not only being waged in the Middle East, but also, increasingly, in our own country.