If you want to know how well a country is doing, sometimes it just pays to follow the money. It’s an old adage that people apply to all kinds of things when it’s convenient for them. For example, in this election cycle, the money is going to Romney. In the last cycle, it went to Obama. Is the money trail always the tell? Not 100%, but it’s a good predictor.

Spain has had net capital outflows for awhile, but now capital fleeing the country looks like a river dam breaking. Up 40%.

Greece and the rest of the PIIGS have seen money leave the country.

It’s a statement on the confidence of the citizens of the countries they live in. No regulation or law will stop it.

Years ago there was a board game called Landslide. It was a game about the Presidential race. It came out in 1971, and was based on the 1970 census.

You rolled dice, got popular votes and bid on states for their electoral votes. It was a game of chance, and strategy all rolled into one. If you paid close attention, you learned about the electoral college and where all the votes were. I grew up in Chicago. When I first played the game I couldn’t believe that all the votes weren’t in Chicago.

Flash forward 41 years, and it’s interesting to note how the electoral map has changed. 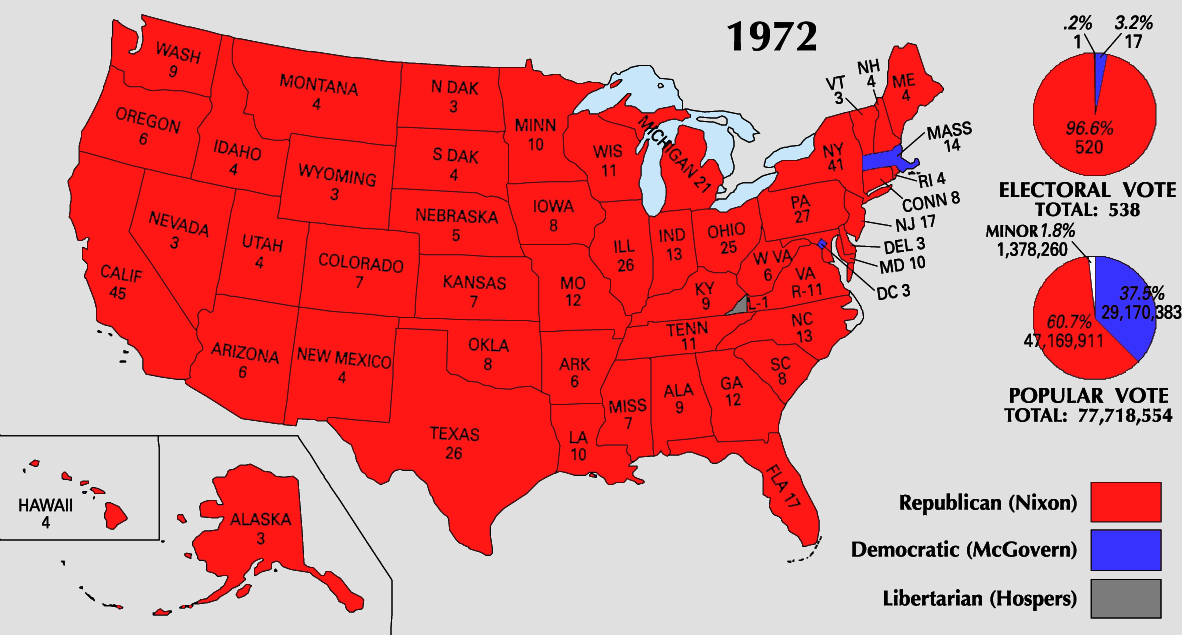 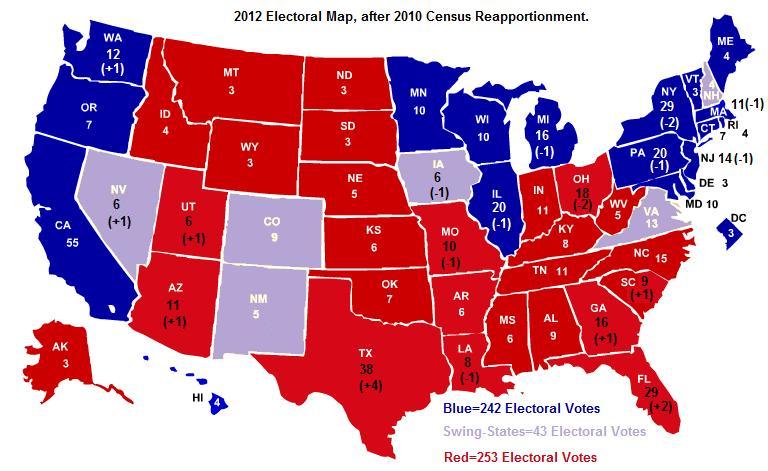 It’s interesting to see the migration of people through the US. What’s also interesting to note is where the immigrants are coming to settle and set up. Hint, it’s not the northeast. It’s also not Illinois and Michigan which have had huge population declines.

Where did all the people go? From the map, it looks like Florida, Texas, Arizona and California. New York which used to be a juggernaut with 41 electoral votes now has only 29, the same as Florida.

Reagan pursued a “southern strategy” in 1980. He had that, plus a horrible sitting President and won handily. But that southern strategy was very forward thinking in terms of future electoral movement. It’s why Republicans are so competitive today.

The game has changed a lot since 2004, the closest election in US history. The traditionally Republican states have picked up 6 electoral votes. Traditionally Democratic states, or states with big cities and big union votes have lost electoral power. But those states still hold a lot of electoral votes, and it’s the reason Obama can rest a little easier when he starts totaling up electoral college votes.

After this election is over, I believe the trends will remain intact and grow stronger. People are leaving places like Illinois, New York and Pennsylvania for states like South Carolina and Tennesee where there is more opportunity. Immigrants are settling in places like Texas and Florida.

The interesting state to watch for the next census will be California. To me it looks like people are beginning to leave that state and go to Washington, Nevada, Arizona, and Colorado. California has had a net gain of electoral votes until the last census. Has it peaked?

Do You See What's Stunningly Idiotic About What a CNN Host Said About Race?