Jeff Carter  |  Oct 04, 2011
The opinions expressed by columnists are their own and do not necessarily represent the views of Townhall.com.
Top Columns
Trending on Townhall Media

I took a look at the Occupy Wall Street website and tried to draw some conclusions.

The more I learn about the movement, the more I see it as a campaign strategy by Democrats to break up the Tea Party.

Let’s look at the first “voted on” document to come out of OWS, see where you stand.

1. Taken our houses through illegal foreclosure process… This refers to the robosigning banks did on paperwork to go through foreclosures. They were forced to do this by the government agencies. Banks didn’t follow the rules. But, we bailed them out. We’d have been better off letting them go broke and following years of bankruptcy precedent. Now OWS wants us to put our full faith that if their ideals controlled the government, we’d be better off. Out number one.

2. They have taken bailouts with impunity….Actually, some banks were forced by the US Treasury to take bailout money. Much of it has been paid back. Banks aren’t lending, but then Dodd-Frank and other issues are causing them to avoid risk. Government ought to simply stay out of the micro decisions of banking altogether. Two out, nobody on.

3. Perpetuated inequality in the workplace…This is so blatantly false I don’t know where to begin. The head of Merrill Lynch was black. Their boards have all genders and races represented…..Three out, inning over.

4. Corporations have poisoned the food supply….No need to delve into this heavily. If the FDA had a lighter touch, we’d have more choice. OWS wants an even heavier hand of government. One out…

5. Torturing animals….this is referring to factory farms. Yet, I am sure the OWS people don’t want starvation. We have to feed the world. This is the way you do it at the lowest cost. I don’t think the starving mother that’s trying to feed her children care how the piece of chicken was grown. And, see the above point but if we had less government intervention, we’d have more freedom to choose. Two out…

6. Stripped employees of the right to negotiate….Hey, this is pro-union. Unions are Democratic Party strongholds. The government is made up of union employees….Inning over, no runs no hits, no errors.

7. They have held students hostage with debt….first, if you have or are considering student debt go to this site. Second, no one is forcing anyone to assume that debt. It’s a personal choice. What did they major in? They have time to march, so they must not have jobs. Most of the increased costs of education can be correlated to more government aid, and more government employees at colleges. One out.

8. Outsourcing labor…….Jobs going overseas because of free trade. Free trade is good for consumers, yet OWS wants to shut it down. You know, that whole capitalism thing. Two out. They aren’t even getting the bat on the ball.

9. Influencing courts to have the same right as people….I think this is a legal mistake. They meant “corporations”. Or they might be upset with the appeal process our system of law uses. Can’t tell. Anyhow, corporations are regarded as individuals in our court system for a wide variety of reasons. If it’s the appeal process they don’t like, perhaps they’d like a different system of justice. Strike three and they’re out. Next inning.

10. Spent millions on legal teams to get out of health insurance….the money companies are currently spending is to get out of Obamacare. As a shareholder of companies, I support that. Obamacare will bankrupt the US, and destroy our economy. Weak grounder, out number one.

11. They have sold our privacy as a commodity. One question. Then why is OWS using Facebook to promote itself? Out number two-and probably should be ejected from the game for arguing balls and strikes.

12. Used military and police to prevent freedom of the press. Where? Please cite examples. I can find both sides of arguments everywhere. The internet makes things more transparent. The only party I know of that wants to shut down transparency is Democrats through the Fairness Doctrine. Three out, inning over. (so far, I have a perfect game going)

13. Deliberately declined to recall faulty products…no idea what this is referring to. Lead paint in toys? We heavily regulate the toy industry. Cars? Many car companies recall cars all the time. Regulation has unintended consequences. By being so ambiguous, I think they fouled one off. However, it’s still “Out number one”.

15. They donate large sums of money to politicians that are supposed to be regulating them. OWS is correct, but unions donate more and to only one party. Would OWS be in favor of less regulation and a flat tax with no write offs? Doubt it. Their platform sounds like a manifesto. Three gone, grab some bench.

16. They continue to block alternative forms of energy…..One word. Solyndra. Yer out.

17. They block generic forms of medicine….corporations aren’t doing that, archaic FDA rules are doing that. Two out.

18. Purposely covered up oil spills, faulty bookkeeping…no evidence of this. The BP oil spill was one of the most covered news stories of last year. Three out, inning over.

19. fearful control of the media….The liberal bias in the media is easily seen. Just watch “Sunday Morning News” shows. This is a Claude Rains/Casablanca moment for them. In the top of the inning, they have one out.

20. accepted private contracts to murder innocent prisoners….refers to the use of private firms for security in the Iraq War. The reason they do that, it’s cheaper. Liberals have railed on the cost of the war, when it’s really entitlements driving the deficit. Out number two.

21. Perpetuated colonialism….these guys must not have learned much about colonialism in their history classes. I assume they were all liberal arts majors since they don’t have jobs. The US hasn’t perpetuated colonialism. As a matter of fact, when they wanted to pull the military base from Puerto Rico, the native Puerto Ricans protested. Out number three, end of another inning. Are perfect games ever boring, because this one I am pitching against OWS is a yawner.

22. Torture and murder of innocent civilians…I think that’s a reference to terrorism. Terrorists want to kill us. I hope we take care of them. Out number one.

They have run out of points, so I will add a few. We need to finish the game. Time for some pinch hitters.

24. Van Jones is supporting them. He is a communist. Three down, end of the inning.

26. Michael Moore, Roseanne Barr. They hate Wall Street. Of course, both used capitalism to get where they are. Two gone. People on their feet.

27. Many churches are supporting the protestors. Churches got political in the 1980's, the religious right was the most vocal. The mainline churches are all leftists. 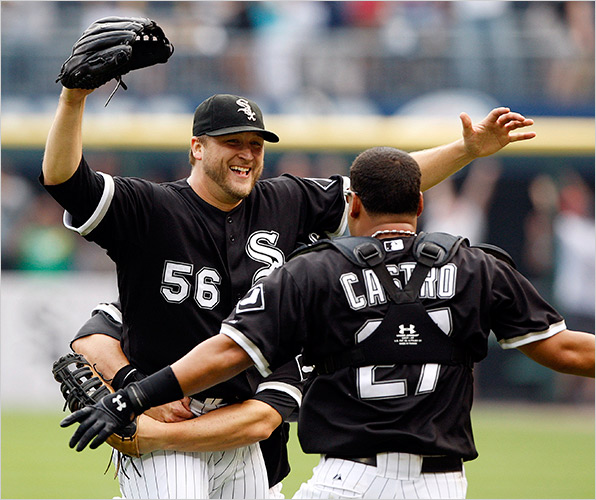 Perhaps they should stop marching and go to graduate school. This time try MBA or Engineering. Or simply just find a job at a start up and learn something.

My gut tells me that most of them are living off their trust funds anyway.

Ah yes, the Obama campaign team is hard at work. Occupy Wall Street would like a totalitarian government and an Obama re-election. That fits nicely with the Roseanne Barr statement about guillotines and re-education camps. This must be the new tone.

As my significant other said, “They have floated trial balloons to suspend elections. Maybe they will try to create enough anarchy so Obama can try and do just that.” For over two hundred years we have had a peaceful transition of power. Will that happen in 2012?