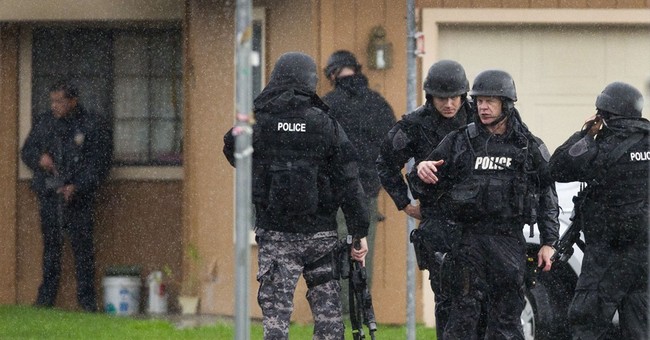 The presumption of innocence is a fundamental principle of the American legal system. When someone is accused of a crime, the burden is rightfully on the government to prove guilt beyond a reasonable doubt before a punishment is meted out.

But another area of the law, known as civil asset forfeiture, allows law enforcement and prosecutors to bring cases against property, rather than individuals, believed to be connected to a crime. The property owner may never be convicted, or even charged, of a crime, but their property can still be taken away in forfeiture proceedings where they must prove the innocence of their property.

Federal law, and most state statutes, effectively deny due process for innocent property owners and create a perverse profit motive, as law enforcement is allowed to keep a substantial portion of the proceeds from forfeitures. Thankfully, over the last few years, some state legislatures have enacted reforms to protect law-abiding citizens from civil asset forfeiture abuse.

FreedomWorks has released a new working paper, Civil Asset Forfeiture: Grading the States, to inform our community of 7 million members on the unfairness of federal and state civil asset forfeiture laws. We recommend four principles that state lawmakers should consider as they approach reform.

We graded each state’s civil asset forfeiture law based on the answers to three basic questions: What is the standard of proof the government must meet to forfeit an individual’s property? Who has the burden of prove innocence? Is there a direct profit motive for law enforcement?

The results are concerning for anyone who believes in the constitutional guarantees of due process and private property rights. But there is a silver lining as more states tackle substantive reforms.

State and local law enforcement can work around protective forfeiture laws by working with federal agencies under a program called equitable sharing. Through equitable sharing payments, the Justice Department returns up to 80 percent of the proceeds from forfeitures to the seizing state or local agency.

The Equitable Sharing Program, annual deposits to which have grown from nearly $94 billion in 1986 to over $1 billion in 2008, is a big loophole for state and local law enforcement in states with more protective civil asset forfeiture laws. Sen. Rand Paul (R-Ky.) has proposed reforms at the federal level to offer protections for innocent people and direct proceeds from forfeitures to the Treasury Department’s general fund.

Looking at state laws, New Mexico is the “gold standard.” The Land of Enchantment received an “A” – the highest grade of any state in the scorecard – because of reforms passed by the Legislature earlier this year. The state now requires a criminal conviction before forfeiture proceedings can be brought against property connected to a crime. Any proceeds from forfeitures are then directed to the state’s general fund.

Prior to 2014, North Carolina, which received an “A-” on the scorecard, was the only state without civil asset forfeiture statutes. Law enforcement in the Tar Heel State does not directly receive any proceeds from forfeitures.

Because of recently enacted reforms requiring a criminal conviction before property can be forfeited, Minnesota and Montana both receive a “B+.” Vermont, which earned a “B” in the scorecard, requires prosecutors to meet a high standard of proof to win civil asset forfeiture proceedings and directs proceeds to the state’s general fund. Ohio and Wisconsin also received a grade of “B” for their state civil asset forfeiture laws.

Most states lack statutes that protect innocent property owners, while incentivizing abuse. The worst of the worst – states that received “F” grades – include Alabama Massachusetts, and South Carolina.

Thankfully, some state legislatures still in session are taking a hard look at reform. The California Senate recently passed legislation, SB 443, that would close the federal loophole. The Michigan House of Representatives passed a package of reforms that includes raising the standard of proof the government must meet to forfeit property, offering a crucial protection for innocent property owners.

FreedomWorks recommends that the grassroots urge lawmakers in their state to pass comprehensive reforms that require law enforcement to obtain a criminal conviction before forfeiting an individual’s property and raise the standard of proof, at minimum, to “clear and convincing evidence.”

Reforms should also eliminate the perverse profit motive often behind seizures by placing proceeds from forfeitures into neutral accounts, such as a state’s general fund. Finally, states should close the federal loophole that facilitates abuse.

Enacting reforms based on these principles will begin to restore trust in law enforcement, revive the rights guaranteed by the Fifth Amendment, and protect property from government overreach.