Jason Isaac
|
Posted: Dec 19, 2020 12:01 AM
Share   Tweet
The opinions expressed by columnists are their own and do not necessarily represent the views of Townhall.com. 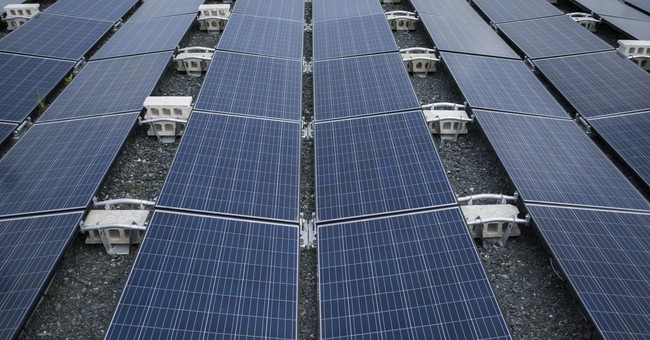 With little fanfare and next to no media coverage, an obscure rule change from the Financial Accounting Standards Board (FASB) could lead to big changes for America’s electric grid.

FASB’s proposed changes to federally recognized accounting standards may enable utilities to hide the upfront cost of tens of billions of dollars in bad renewable energy and battery deals, making these projects appear misleadingly profitable on paper through rosy long-term projections of leasing income. These changes will also grease the wheels for regulated utilities to adopt more risky renewable contracts and saddle their customers with the costs.

Ironically, the standards being changed were put into place after the Enron fiasco to improve transparency. And transparency and responsible financial stewardship should be the top priority for regulated utilities with captive ratepayers, and the consequences of obscuring the true and total cost of renewable energy could be severe.

FASB’s loophole will let utilities classify energy storage projects as operating leases instead of sales-type leases, enabling them to spread out the steep upfront cost on their balance sheets and offset them with leasing income. And the data is beginning to roll in showing that these projects are falling well short of their projected performance.

A recent report by kWh Analytics, with support from the Department of Energy and the Solar Energy Industries Association, finds that solar projects are underperforming their expected annual energy output by an average of 5.4 percent. If this trend continues, the report estimates that up to 70 percent of projects with a standard loan could be at risk of default after seven years. The performance of energy storage facilities is even more uncertain because the technologies being deployed are so new.

It is entirely appropriate for private utilities and investors to bear these risks, but regulated utility monopolies must meet a higher standard. If they are allowed to take these projects off their balance sheets and turn them into expenses, it will be easier for them to move these expenses into their rate base and pass them onto their ratepayers.

Hiding the costs of renewable energy and energy storage also makes gambles like the Green New Deal more attractive to politicians seeking to score political points by touting green energy. Unfortunately, as we’ve seen everywhere from California to Germany, these gambles don’t pay off, and the taxpayers end up footing the bill.

Unlike fossil fuels, wind and solar energy are dependent on fickle weather conditions. While oil, gas, and coal power plants can adjust to produce more or less power at any given time, renewable energy produces intermittently and is difficult to store. Battery storage is advancing but remains costly and limited. Even with nationwide battery storage capacity projected to double by 2023, all the batteries in the country by then couldn’t power New York City for a single hour.

All this means that — despite decades of lavish subsidies — wind and solar energy remain prohibitively expensive and still only provide just 4 percent of our energy. We need only look to Georgetown, a suburb of Austin with its own municipal utility, to see what happens when politicians are ignorant of the risks of these projects. After a bad solar deal, Georgetown residents had their rates raised three times in a single year, and the city is scrambling to get out of the contracts that put them $30 million in the hole.

A potentially bigger concern than the financial cost of these investments is the impact on electric reliability if projects do not perform as anticipated. As more cities and states unveil renewable energy mandates, utilities are tasked with the almost impossible responsibility of maintaining a constant power supply while incorporating increasing amounts of unpredictable electricity from wind and solar generators.

Instead of using taxpayer subsidies and accounting gimmicks to prop up unreliable renewable electricity, our leaders must let the free market function and preserve access to the energy that our nation needs to prosper.

The Honorable Jason Isaac is director of Life:Powered, a national initiative of the Texas Public Policy Foundation to raise America’s energy IQ. He previously served four terms in the Texas House of Representatives.