Janson Quinlan Prieb
|
Posted: Aug 20, 2019 11:41 AM
Share   Tweet
The opinions expressed by columnists are their own and do not necessarily represent the views of Townhall.com. 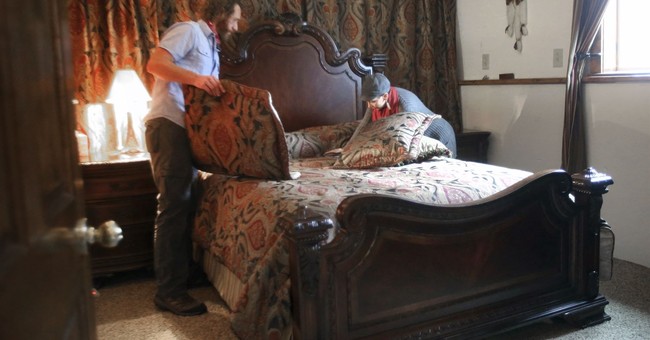 In June, Jersey City officials passed an ordinance, effectively halting the home sharing industry, including services like Airbnb. The vote came in 7-2 with one official, Michael Yun, saying, “We're going to make the same mistake again,” in reference to the city imposing a 6 percent hotel tax on short-term rentals in 2015. While officials are concerned about home sharing, banning them will only hurt Jersey City’s economy.

The law, which includes a 60-day rental cap in properties not occupied by the owner, may cause adverse effects on the city. Jersey City has already collected $4 million in taxes from short-term rentals and has welcomed 181,000 tourists into the city in a single year.

Despite companies like VRBO and Airbnb giving families and travelers a unique experience to see local parts of a new city, Jersey City sadly isn’t the only one convinced that regulating short-term rentals is the solution. Already, major cities like New York and San Francisco have heavily regulated the home sharing industry. In San Francisco, half of all hosts were pushed out of the market, causing rents to go up 8 percent.

As Jersey City looks towards home sharing prohibition, they should know the costs often fall on the local community.

Charles Boyd, owner of a local coffee shop in Bergen/Lafayette – a neighborhood in Jersey City -- says the success of his business is in part due to the home sharing economy. “Every week, I get so many people that come in and they’re either on their way in with their suitcases and they’re waiting for the Airbnb to be available,” Mr. Boyd comments. Of course, the impact goes beyond coffee shops.

Airbnb reports that “74 percent of Airbnb properties in major cities are located outside of traditional hotel districts” and 42 percent of guests’ daytime activities take place in these neighborhoods.

In a study measuring the economic impact of home sharing on cities, the National University System Institute for Policy Research found that over a one-year period in San Diego, short-term rentals “generated an estimated $110.3 million in lodging revenue and another $86.4 million in other visitor-related spending”. Furthermore, 1,842 jobs were created out of the total $285 million-dollar impact. Losing the home sharing industry would be devastating to Jersey City as shown in the success of San Diego.

But it doesn’t stop at tourism. The home sharing industry also helps hosts afford their mortgages.

Jeff Hauta, a Jersey City Airbnb host, sheds light on the importance of having extra income. “As a renter, the ordinance will basically kill everything I do.” Hauta comments, “A lot of us are struggling parents with kids, just trying to make extra money.”

Hauta isn’t alone. Over 80 percent of hosts live in their rental property and 53 percent say that hosting has helped them meet their mortgage payments. For most people, the home sharing industry has given them a means to put food on the table or pay the bills. Taking that ability away could put many in jeopardy of losing their home.

No doubt, there have been a few extreme cases of house parties or privacy issues when it comes to short-term rentals. However, most rentals provide a supplementary income for people looking to give travelers a local experience. An entire industry shouldn’t be overregulated over a few bad experiences.

In response to the Jersey City ordinance, a petition with 20,000 signatures was dropped off at City Hall, showing public support for the right to rent their home as they see fit. It will now most likely be put on the ballot in November, giving voice to the people instead of local politicians.

In San Diego, locals have already taken the issue to the ballot in favor of keeping short-term rentals. For now, we must wait to see Jersey City’s next move, but don’t be surprised if you end up getting a hotel on your next visit.