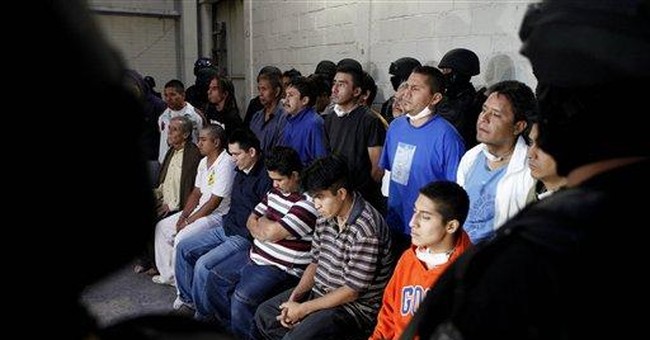 The 10th anniversary Trafficking in Person’s (TIP) Report is nearly 400 pages filled with assessments of 175 different countries’ efforts to combat human trafficking. It is a monumental achievement that provides a diagnosis of the impact of human trafficking around the world. It represents the work of the TIP office staff in the State Department as well as contributions from non-government organizations (NGOs) who assess the trafficking problem at a local level in the nations where they are located.

When I first started working against human trafficking, the TIP report was a 10-page document copied on the TIP office copy machine; now it is a 372-page, slick publication. In the past, the efforts to end modern day slavery started by working to end demand. Our focus is to stop the criminals — the traffickers and the pimps — rather than arrest the victims. Those of us who are committed to abolition worked on the front lines and behind the scenes to get the right language and provisions in the most recent legislation, The William Wilberforce Trafficking Victims Protection Reauthorization Act of 2008 (TVPRA) is the latest version of the anti-trafficking legislation that first passed in 2000. The TVPRA represents the best work of the best minds and most ardent abolitionists. The final product is a carefully crafted, precisely focused, comprehensive legal framework ensuring the criminal prosecution of those who engage in human trafficking, and it builds on the previous versions of the bill to provide more effective prosecution of those who engage in commercial sexual exploitation, as well as forced labor, of children and young women.

The 2010 TIP report signals a shift of focus at the outset. In her introductory remarks, Secretary of State Hillary Rodham Clinton makes it clear that the United States, instead of being the leader in efforts to end human trafficking worldwide is merely one of the partners in confronting the “global scourge.” In his preface, Ambassador Luis CdeBaca also stresses “partnerships” as the “fourth P” in addition to prevention, protection, and prosecution. But the problems with the TIP report go much deeper than terminology.

There are three major problems with the new shift of focus in the effort to end human trafficking.

First, the numerous references to the U.N.-generated Palermo Protocol (2000) — instead of the Trafficking Victims Protection Act (TVPA) that was passed by Congress in the same year — indicates a shift away from U.S. law to an international United Nations “law.” Instead of citing the TVPA of 2000 or the more recent Wilberforce Act, Ambassador CdeBaca refers to “The call that went forth from Palermo in December of 2000.” The document repeatedly refers to the Palermo Protocol as the baseline for assessment, instead of the Wilberforce provisions. For instance, a line on page seven reads, “Most countries that deny the existence of victims of modern slavery within their borders are not looking, trying, or living up to the mandates of the Palermo Protocol and the demands of our common humanity.” The document implies that other countries can help the U.S. with its trafficking problems by working in partnership: “The U.S. government takes pride in its best practices to combat the crime of trafficking, recognizes challenges, and seeks continual innovation and strengthening of its efforts at home and in partnership with other countries.”

The not-so-subtle shift from the TVPRA to the Palermo Protocol as the standard of reference for trafficking assessments and delineation of benefits fits in with the broader national shift of reference from domestic to international laws (or more often to United Nations “agreements”) and is a threat to America’s national sovereignty.

Second, the 2010 TIP report focuses on “sex and labor trafficking.” This language is significant because in conflates the two types of trafficking, and the phrase is used by those who see prostitution as “sex work.” Instead of focusing on commercial sexual exploitation, the term links the two forms of human trafficking as “forms of employment”, requiring proof by the employer that force, fraud, or coercion was not used in the “hiring.”

Finally, the 2010 TIP report does not address the provisions of the 2008 Wilberforce Act which required the TIP office to coordinate anti-trafficking efforts across the Federal agencies, thus ensuring compliance with the legislation’s provisions, including a new model law for states that would make all acts of pandering and pimping per se crimes regardless of whether or not there is proof of fraud, force, or coercion and whether or not the victim is a minor.

Further, the Department of Justice did not comply with the mandate to study and tabulate the extent of the trafficking problem in the United States, therefore, how could the TIP report evaluate and place the United States in Tier I? By giving the United States the top rating, the report ends up reducing the TIP office’s ability to address the victimization of children and young women through commercial sexual exploitation. It effectively gives free reign to exploiters from Craigslist advertisers, escort services, massage parlors, brothel operators to the street pimps.

The Wilberforce Act has the force and strength of the United States behind its provisions; nations work hard to earn and keep a high tier rating to avoid sanctions and bad publicity for ignoring “the slavery issue of our time.” By sacrificing its power and blurring its focus, the current TIP office will lose its effectiveness and become nothing more than a source of “sound and fury signifying nothing.” The decade of commitment and work of hundreds of dedicated abolitionists will be tossed aside, and the fight to end human trafficking will be set back more than a decade. Worse, hundreds, if not thousands, of children and young women will be abandoned to the vile control of traffickers and pimps.