The Nightmarish Possibility of David Ogden at DOJ 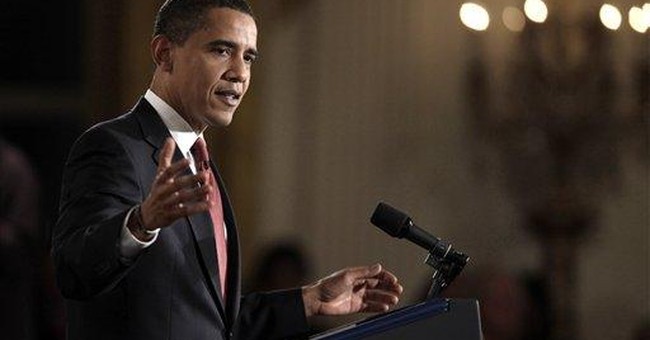 Our new president has another big problem with one of his nominees. This one hasn’t made headlines yet, but if he is voted through this week by the Senate Judiciary Committee, you’ll hear plenty — and it’s a nightmarish possibility. David W. Ogden is President Obama’s nominee for Deputy Attorney General at the U.S. Department of Justice (DOJ).

It would be difficult to find a person less desirable to be second in command at the nation’s top law enforcement agency, the person who would enforce the child pornography and obscenity laws. Throughout his 20-year legal career, David Ogden has argued for the rights of the pornographers over the protection of women and children.

Fidelis, a Catholic-based group of political, legal, research, and educational organizations that seek to defend life, faith, and family, has led the way in exposing David Ogden’s record of advocating that judges consider the social sciences, “worldwide consensus,” and international law to decide controversial cases, especially in cases involving underage “suffering” litigants who need “compassion” rather than Constitutional judgment.

Brian Burch, president of Fidelis, presents an air-tight case against Mr. Ogden’s appointment. Ogden, of course, believes that the Constitution is a “living” document, an argument that is used to enable judges to rule according to their whims rather than by the “rule of law.” Typically, he also has a record of supporting the whole package of the homosexual agenda and arguing against parental and spousal notification regarding abortion. We have become resigned to Obama legal appointees holding those leftist views, but Ogden takes it even further.

Burch systematically lays out a case against Ogden’s radical views, citing specific legal arguments that he used in cases about abortion (notification and waiting period requirements restrict a woman’s right to “choose” –– even in a case involving a 14-year-old girl), and homosexuality (represented professional psychological associations presenting positive arguments for “gay” parenting, “gays” in the military and the inheritance of homosexuality as an immutable characteristic).

Ogden goes far beyond the left into radical territory regarding pornography and obscenity. Burch’s memo states that Ogden, while an attorney in private practice, “filed briefs pushing for gays in the military, for continued racial preferences, and for a virtually unlimited abortion license.” Worse, Ogden argued for Playboy, Penthouse and the ACLU in obscenity and pornography cases. According to Fidelis, Ogden opposed the Children’s Internet Protection Act (CIPA) and the Child Protection and Obscenity Enforcement Act (CPOEA). The CIPA Act includes a provision requiring Internet filters in federally-funded libraries. The CPOEA Act requires verification that models in pornographic films be certified over age 18. Ogden argued that these requirements placed too heavy a burden on pornographers and infringed on filmmakers’ Constitutional rights. Ogden pushed for taxpayer funding to publish Playboy in Braille, he tried to get Playboy off the list of “pornographic” magazines, he argued for “consenting adults” to have telephone sex, and the list goes on and on in terms of his advocacy for lowering the barriers to moving pornography and obscenity into America’s mainstream.

Further, Mr. Ogden supported racial preferences and showed a lack of respect for private property rights. Ironically for a man who is nominated to uphold United States laws, he advocated the use of international law instead of U.S. law in court cases.

This is a man who opposes commonsense laws that have the support of the majority of Americans. He opposes commonsense restrictions on pornographers. With his firmly held belief in a “living” Constitution that can be adapted to fit the current situation, and his use of social science to “prove” the arguments he makes rather than depend on the “rule of law,” this is a dangerous man to be second in command at the Department of Justice.

Legal activism is always a concern, but when coupled with Ogden’s views, it becomes dangerous. In the DOJ position, he could use the courts as a vehicle for advancing the pro-abortion and homosexual agendas. A person in the DOJ position with his views could unleash the porn and obscenity industries and allow them open access to media and public spaces. The DOJ job would give him the opportunity to favor the pornographers over the people in a major way. It would allow him to open up the airways to obscenity and pornography and remove the last protections for our children.

In his confirmation hearings, Mr. Ogden dismissed his actions during his entire legal career as nothing more than his immaturity. Such a cavalier dismissal of the body of work that brought him the nomination is more than disingenuous, it is misleading and dangerous. The Obama administration has already overturned the Mexico City Policy so that the United States now sends funds to support organizations that promote prostitution and abortion around the world. Are we now looking at a future where the United States will also fund the international production and distribution of pornography?