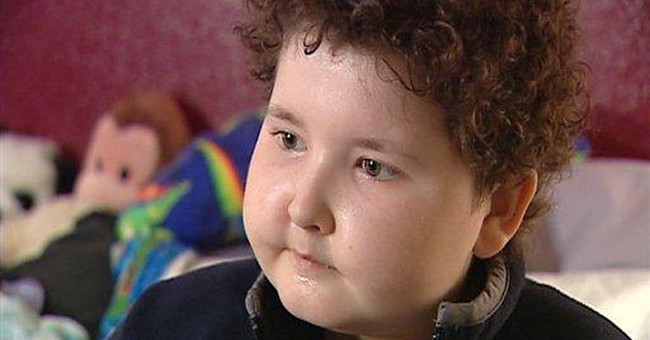 During the past six weeks, our extended family has been learning things that nobody ever wants to learn.  On December 1, 2008, my niece’s 7-year-old daughter, Lily, was diagnosed with Acute Lymphocytic Leukemia (ALL).  Today’s adults remember when such a diagnosis was a death sentence; 40 years ago patients with ALL had a four percent survival rate.  Now children with Lily’s type of leukemia have a 90 percent survival rate, because St. Jude’s hospital in Memphis made it their main mission in the 60s to discover treatments that work against childhood leukemia.  Researchers at St. Jude’s were criticized by those who believed that children with cancer should be allowed to die in peace rather than go through the horrible treatment that they had to endure.  Our family and thousands of others are so grateful that the researches prevailed and persevered.

My niece has spent hours researching the medical aspects of leukemia, including several medical textbooks. She discovered that a couple of well-funded research studies in the 60s and 70s produced huge advances in treating ALL.  In fact, a treatment developed in 1961 is still the protocol widely used today.

Sadly, over 3,000 children die each year from childhood cancer, yet only three percent of national funding goes to childhood cancer research.  We see ribbons for all sorts of diseases, like AIDS and breast cancer.  But there is little awareness of the paucity of funds for childhood cancer.  Studies that provide life-saving treatment protocols take years and years to complete, and they are appallingly underfunded.

Let’s look for comparison at the bailout money for Chrysler (with 20,000 employees).  Chrysler’s share of the bailout money is 100 times the amount designated for childhood cancer research.  So do the math: During the time that it would take to raise an amount for childhood cancer research equal to Chrysler’s bailout dollars, over 300,000 children would die.  In addition, hundreds of thousands more would be diagnosed, suffer through harsh treatments and/or suffer life-long disabilities from the treatments.

We know that increased awareness means increased funding to eradicate a disease.  Over a decade ago, an effort was launched to raise awareness of autism.  As a result, federal funding for autism has tripled over the past decade.

We must now do more to raise awareness of the need for research about childhood cancer and massively increase the amount of federal funding.

The wonderful doctors at Vanderbilt Children’s Hospital in Nashville described leukemia for Lily as a weed that was taking over a garden.  They challenged her to help them get rid of the weeds in her blood.  As a result, Lily named her website Lily’s Garden, www.lilysgarden.org. She wants to replace the weeds in her garden with beautiful lilies!

Lily’s family is challenging people to sign up for Nashville’s Country Music Marathon (CMM) on April 25, 2009, with the Leukemia/Lymphoma society as the main charity for the event. Anyone can register by going to www.cmmarathon.com.  Those who register for the CMM, can join Lily’s team by registering at her website, www.lilysgarden.org.  Lily’s team will have T-shirts and arm bands emblazoned with the slogan, “Walking to Weed Out Leukemia.”  The shirts are a shade of purple that suits both men and women.  More than 50 people have already signed up with Lily’s team; we’d love to have a sea of purple.

There will be plenty of actual runners for the full marathon and the half-marathon, but there will be even more walkers (CMM gives up to seven hours to complete the half-marathon — around 13 miles!).  The kid’s marathon is the night before, and the children prepare by doing 25.2 miles at home during the month before the race and then run the last mile in Nashville.  Lily will be in her most intensive treatment in April, but she is hoping to be able to watch the end of the race.

Lily’s family is covering the administrative and overhead costs, including the T-shirts and arm bands.  So all the money for purchases and the money raised will go to the organizations that are working to find a cure for leukemia.

Lily’s family is also working on a benefit concert with the help of some that are committed to finding a cure and raising money.  In a recent concert, Wynona Judd dedicated a song to Lily and Hannah Montana (Miley Cyrus) came to see her in the hospital; both raised awareness, but it is only a beginning.  Lily faces up to three years of treatment.  During that time, she cannot go to school and her interactions with others, as well as her activities, will be restricted to protect her health.  She is beginning a long, hard road, but her prognosis is very hopeful — all because 40 years ago research studies were funded that provided the treatment protocols that are saving her life.

What are we doing today to provide research for cures for those hundreds of thousands of children over the next 40 years who will be diagnosed with childhood cancer?