Which Barack Will Govern? 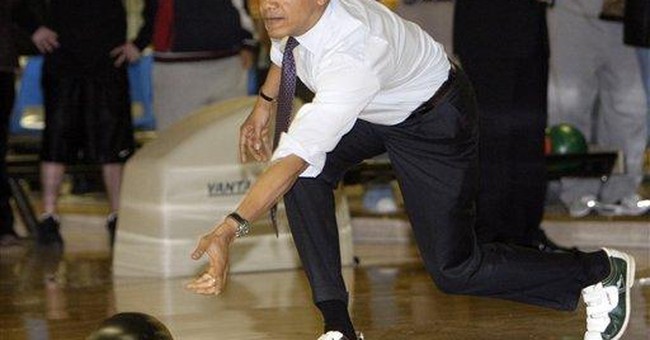 The big question tonight is whether Barack Obama will be as pragmatic in his governing as he was in campaigning. He won the Democratic primary by being deeply beholden to the hard left wing of the party. During the general election, he successfully moved to the center by throwing his long-time pastor, Jeremiah Wright “under the bus” and denying his association with long-time supporters and former friends. The big-government spending by the Democrats directly benefits its constituent groups and party loyalists. But their expectations pale in comparison to the expectations of the radical left who consider him one of their own. They will not stand for the compromises that Obama will have to make if he wants to successfully govern the whole nation.

Traditionally, the far left interest groups –– the labor unions, trial lawyers, homosexual activists, radical feminists, academic elites, entitlement agitators –– generate enthusiasm and finance the Democratic candidate and become the insiders in a Democratic administration. In the Obama Administration, though, their expectations inevitably will not be realized. Commentators report that Barack Obama has studied Bill Clinton’s first two years and concluded that they were disastrous because he overreached on health care reform and his “don’t ask, don’t tell” policy. The consensus is that a President Obama won’t risk similar overreaching. If not, he will incur the wrath of the radical left who believe he owes them; they will think they have been “thrown under the bus!” The president will have to throw them some bones, of course, but his biggest debt will be to the Hispanic and Youth voters.

With the undeniable mandate that Obama will have and the coattail Members of Congress that he brought into office, he will have extensive power. The big question is whether he will be the uniter and bipartisan leader that emerged in the campaign or return to the party rancor that characterized the primary season.

We know very little about this man and what we do know does not inspire confidence. We can only hope that he will be as pragmatic as he has been in the past. Even his admirers say that he has exploited those around him to his benefit at each stage of his life. He has been willing in the past to adjust to the expectations of any new situation that he has faced and any new constituency that he represents –– he routinely took on the characteristics necessary to succeed in whatever circumstance he encountered. Thus, like a chameleon he tends to take on the “colors” of those who surround him. Let us hope that he will, like so many past presidents, rise to the expectations of the office.

Barack Obama ran an exemplary campaign. He attracted a broad, diverse following and inspired a new generation of voters. In spite of all of that, however, he was extraordinarily fortunate in benefiting from circumstances beyond his control. His candidacy benefitted from the departure from conservative principles by the Republicans in office over the past eight years. Both the White House and the Congress expanded government in a manner that rivals the Democratic entitlement programs and gave too little attention and support to pro-life, pro-marriage and pro-family efforts.

In his acceptance speech, President-Elect Obama said that he wanted to listen to the concerns of those who did not vote for him and promised to be the president of all Americans. If he, indeed, reaches out with respect to those whose values are so different from his and abandons the rigid ideological commitments that characterize the hard-core leftists, his presidency has the potential to be for the Democrats what the Ronald Reagan presidency was for the Republicans.