When Does the Vice Presidential Choice Count? 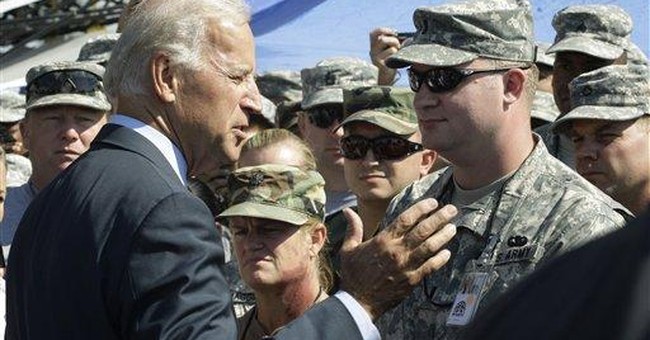 Politics, like baseball, is a game of numbers. Our daughter has enjoyed watching her son play baseball since she learned that there is an official limit to the number of pitches a boy can throw in a game. Now, she can relax, count his pitches and know that when he goes to the bench even though he is doing great, he is at his limit of pitches per game. Political enthusiasts must keep track of a lot of numbers before they can relax. Some political operatives calculate how many votes a potential vice presidential choice can bring to the ticket. Others declare that the vice presidential choice is not important because the public votes for the top of the ticket. Still others argue that the VP is really just there to attack the opponent so that the presidential candidate can appear to be above the fray (think Richard Nixon for Dwight Eisenhower).

One of the better maxims offered by veteran political types is that to get enough votes to win an election candidates must find a way to appeal to their base — be it conservative or liberal — and to the middle, consisting of independents, moderates, and those who are undecided. Thus, we expect candidates in the primaries to make a highly partisan pitch to the true believers of their party and tack to the middle during the general election to broaden their appeal and garner the votes needed for a winning margin.

The party faithful are supposed to accept this tactic on the grounds of political necessity and be assured that the candidate will staff their administration and govern as a true believer. Sometimes, though, the “faithful” are bitterly disappointed when their candidate wins but fails to deliver on the implicit bargain, as has been the case to some degree with Evangelicals and the Bush administration.

In addition to the usual speculations about Barack Obama’s choice of Joe Biden as VP for the Democratic ticket are questions about the implications of his bypassing Hillary and what clues the choice offers us about Obama’s perceptions, assessments, instincts, and future decision making. In short, what does the choice of Biden reveal about Obama?

The most obvious aspect of the Biden choice is that it was not based on the numbers — Delaware has only three electoral votes. Much has been written comparing Obama to John F. Kennedy, but Kennedy counted the numbers and knew he needed Texas to win. So despite all the bad blood between them, he chose Lyndon Johnson as his running mate. Between the Texas votes Lyndon secured for him by one means or another and those that the Daley machine manufactured in Chicago, Kennedy squeaked out an apparent win; Nixon chose not to contest the outcome, despite the passionate belief of his supporters that the Kennedy-Johnson win resulted from a doctored vote count. Like Kennedy, Obama can count on the Chicago machine, but it remains to be seen if that will be enough given that he has taken a pass on Hillary’s 18 million votes.

Obama beat Hillary in the primary by out-organizing the caucus states, but she nearly outflanked him when she shifted her focus from the anti-war segment of the Democratic base and went after the center-left blue-collar workers to amass win after win coming down the home stretch. Obama has raised a mountain of cash, but it is not clear that he can organize the middle in a general election in the way that he organized supporters in the caucuses. Romney’s flame-out in the Republican primaries, despite outspending his poorly-funded opponents by huge margins, should serve as a cautionary tale as to the effectiveness of cash to sway the middle.

Winning the votes of the middle likely depends on which candidate is more nimble in responding to any unpredictable events between now and the election in November.

The Russian invasion of Georgia while the world was watching the Olympics in Beijing demonstrated how events can shape public perceptions of candidates’ fitness to cope with a dangerous and uncertain future. Not being anchored by the ballast of political ideology and commitment, the middle is fully capable of swinging from one side to another as events agitate their feelings.

McCain’s vice presidential choice will, like Obama’s, reveal how he adds the numbers. His campaign advertisements are playing up his reputation as a maverick in his attempt to gain as much middle ground as possible. Just as time will tell whether Obama can find a way to bring home Hillary’s disaffected supporters, it remains to be seen how McCain will try to solve his problem with the evangelical segment of his base. While some Evangelicals may ignore McCain’s negative statements about them, the leaders in the movement have shown little enthusiasm for him as a result. If McCain does not pick a committed pro-life running mate — there are several, including Mike Huckabee who can also bring in critical Southern State victories and win in the VP debates against Biden — he will be sending a message to Evangelicals and Catholics that he has counted the votes and thinks he can attract enough moderates from the middle to make up for the votes of social conservatives that will not be motivated to work in 2008 as they did in electing Bush.

Obama hears the voices of tens of thousands of adoring supporters at his rallies and concludes that he can woo the middle just as easily as he won the party faithful. Hence, he tossed aside Hillary’s die-hard supporters and counted them expendable. McCain’s effective performance at Saddleback seemed to imply that he recognizes his dependence upon social conservatives, but his choice of a vice presidential running mate will tell how well he is counting the votes. And, while that baseball great Yogi Berra famously said, “It ain’t over, till it’s over,” if McCain picks a pro-abortion running mate, it will definitely be over for McCain from the perspective of most conservatives.