Is Tough Love an Oxymoron? 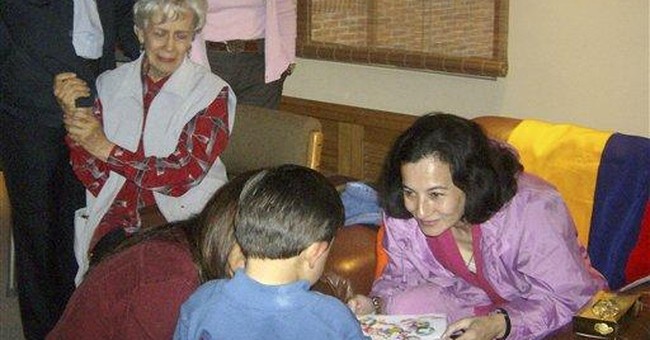 On a television talk show this week, I argued that some situations, like teen pregnancy that we were discussing on the program, require “tough love.” Another panelist quickly declared, “Tough love is an oxymoron!” Thus, in the eyes of the left, the only solution to a bad circumstance involving an adolescent is to make it as easy as possible for that child and to help him or her to avoid all negative consequences for personal behavior. Further, the left argues that public policy should be formulated to free teens from the consequences of their mistakes and taxpayer funds should be used to achieve that impossible goal.

I respectfully disagree. I firmly believe in the axiom that in terms of public policy, we get more of what we subsidize. In terms of personal behavior, we get more of what we glamorize. Especially regarding adolescents, any policy that accommodates bad behavior from one student will produce similar outcomes in another dozen students. So, if you have a cute pregnant girl wearing adorable maternity outfits, you’ll have a dozen of her friends oohing and ahhing around her and coming to the conclusion that a “baby bump” is actually quite cool, feeling the baby move is very exciting and, later on, seeing a precious little baby wearing designer clothes is thrilling. All in all, the whole situation is quite “adult” and many teenagers long to be considered grown-up.

The television program was prompted by a news item that a Denver school is considering giving maternity leave to new teen mothers. Representatives from the left think that instituting such a policy is compassionate and talk about necessity for keeping teen mothers in school and the need for mother-baby bonding after the birth. Some school districts even provide day care for the babies of their students. All high schools (and some middle schools) are facing questions about how best to address the problem of teen pregnancy.

It’s a major problem. The census category “mother-only households with kids” has almost doubled twice since 1960. There were 2.6 million such households in 1960, the number jumped to 5.3 million in 1976 and was 9 million in 2006. Sadly, more than a quarter (28 percent) of the mothers and children in those households live in poverty. Careful reading of the news accounts of many of the tragedies involving children reveals that a disproportionate share of these are the products of broken or single-parent homes.

Today the typical sex education program in the public schools merely concedes without any protest that kids will initiate sexual activity in early adolescence or at the very latest by high school; then to confirm their pernicious assumptions, they lump together the data for 18 and 19-year-olds in order to inflate the statistics about teen sexual activity. To compound the misinformation, the sex education programs seem to imply that condoms are adequate to provide satisfactory “protection” to undisciplined, inexperienced kids. Meanwhile, adult marriage manuals include “what to do” sections about when the condom breaks or slips off.

Let’s have a reality check: teen sexual activity is down, teen abortions are down and teen pregnancies (except for the oldest teens) are down. These dramatic changes coincide with the more wide-spread use of abstinence education programs in schools and youth programs. Whereas, the typical comprehensive sex education program focuses on “protection” via contraceptives –– especially condoms, abstinence programs provide a clear and consistent message about delaying sexual activity. Such programs bluntly advise the students that abstinence is the only 100 percent certain protection. Further, abstinence programs include information about the detrimental emotional as well as the biological consequences of too-soon, uncommitted out-of-wedlock sex. Most importantly, the abstinence programs emphasize the students’ futures: that self-discipline and self-esteem are essential to achieve a student’s dreams and reach his or her lifetime goals. The abstinence programs also lay a foundation for future relationships by teaching the principles that are necessary for building healthy relationships and preparing for a strong marriage.

Such programs are as necessary for the boys as for the girls. Our young men need to know that respect, self-restraint, and deferred gratification of sexual desires are necessary in their relationships with girls and young women. They need to learn to accept responsibility for their actions; otherwise, they will not reach adulthood with the ability to succeed in their personal or professional lives.

With skyrocketing sexually transmitted diseases and teen pregnancy rates that remain too high, it is time for us to have tough love when it comes to our teens; they need accurate and full information, not just bland assurances that sexual activity is the norm and that “protection” makes it safe. We are not merely short-circuiting the teens’ futures when we turn a blind eye to the problems of unwed teen births, research shows that the babies born to unwed teen mothers are vulnerable to a wide range of predictable negative outcomes and risky behavior: continuing unwed births, drug and alcohol abuse, juvenile delinquency, school drop-out and other behavior problems.

We cannot expect young people to act responsibly when adults – whose thinking is often clouded by their rationalizations of their own past hurtful sexual experimentation – are irresponsible by not providing the best possible information to encourage the self-discipline and self-control that are the surest keys to their long-term well being.