Jane Robbins  |  Aug 18, 2016
The opinions expressed by columnists are their own and do not necessarily represent the views of Townhall.com.
Top Columns
Trending on Townhall Media 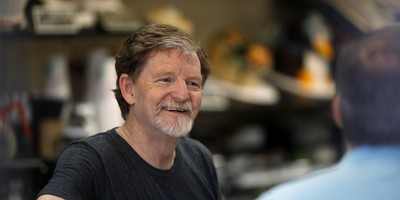 One preliminary point must be made. Clinton begins one of her paragraphs with “let’s be honest,” and she attacks Donald Trump’s lack of morals. Note to op-ed-writers: When drafting something that will be published under Hillary Clinton’s name, never ever use the phrase “let’s be honest” or mention anyone’s morals. The reasons are obvious.

Now, to the substance. In the first place, notice that Clinton doesn’t promise to defend Americans’ First Amendment right to free exercise of religion. That would mean she believes people of faith have the right to live out that faith in both their personal and professional lives, which she manifestly doesn’t believe. Instead, she invokes the careful phrasing always used by the President and his apparatchiks: “everyone has the right to worship however he or she sees fit.”

“Right to worship” is much narrower than “right to free exercise.” It means the right to attend church on Sunday and observe whatever quaint rituals take place inside the sanctuary, but outside in the cold light of day, all actions must conform to the government’s secular orthodoxy.

From this sleight of hand, Clinton moves on to declare her solidarity with Mormons and religious minorities everywhere. (Someone should ask her opinion of the campaign to deny Brigham Young University admission to the Big 12 conference for operating according to its religious principles.) Indeed, her history with the religious-freedom disputes of the day demonstrates that in a contest between politically incorrect people of faith and the totalitarian government, she’s on Team Totalitarian.

One example is her opposition to state Religious Freedom Restoration Acts (RFRAs), which model the federal legislation signed by her husband in 1993. Though this legislation merely gives religious citizens their day in court if the government burdens their free exercise, even a day in court goes too far for religious-freedom champion Hillary Clinton. In her view, if these fanatics are told to do something that offends their religious principles, they must shut up and do it. Welcome to Hillary’s land of the free.

She made clear her disdain for RFRA in response to the Supreme Court’s Hobby Lobby decision, which held that a closely held corporation could invoke the federal RFRA in declining to purchase abortifacients for its employees. Clinton found the decision “deeply disturbing.”

Proving that it’s impossible to caricature leftists such as Hillary Clinton, she apparently believes that even nuns must buckle under to government dictates. Clinton argues that every woman should be given free contraceptives “no matter where she works.” From that we can only conclude that she supports the infamous Little Sisters of the Poor persecution, in which the Administration of which she was a proud part is seeking to force the nuns to participate in purchasing abortifacients and other contraceptives. As they say, you can’t make this stuff up.

Clinton also supports the so-called Equality Act, which would, among other things, force Christian schools and charities to hire LGBT people even if those employees oppose the Christian tenets of their employers.

In April 2015 Clinton spoke at a women’s summit in which she pledged her unlimited fealty to “reproductive rights” rather than the American principle of religious freedom. Her startling statement at that event revealed her true opinion of any religious beliefs that conflict with the radical secular orthodoxy: If unlimited access to the sacrament of abortion demands it, “deep-seated cultural codes, religious beliefs and structural biases have to be changed.”

Compare this statement to her new declaration rejecting “Trump’s notion that there’s only one right way to be an American . . . .” It appears that Clinton holds to the same belief – only that her “right way” may be different from Trump’s. Her way would involve discarding biblical beliefs that prevent strict adherence to the radical agenda of super-feminists and LGBT activists. Indeed, as she made clear in her summit speech, her way would require discarding any “discriminatory” religion and embracing a new faith, one that elevates sexual freedom over all.

Clinton is trying to capitalize on deep-seated dissatisfaction in Utah with the presidential choices this year. But Utahns looking for a candidate who will truly defend their religious freedom have no champion in Hillary Clinton.