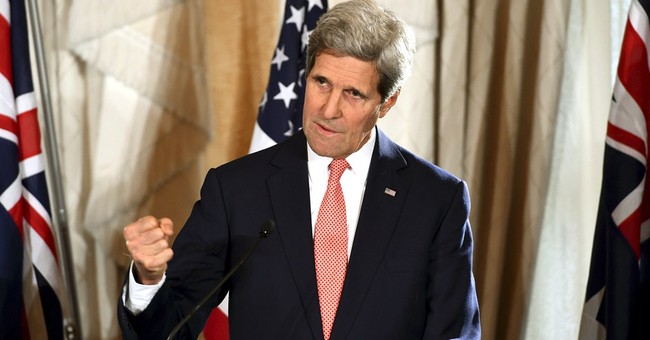 With Israel under fire this summer; Russia engaging in acts of war against Ukraine; and Taiwan and South Korea facing threats from China, it is critical that our nation's leadership establish clear and effective American policy to protect American interests. Unfortunately, a year ago today, the Obama Administration signed the United Nations Arms Trade Treaty (ATT), which if ratified, would compromise American interests.

The ATT language in Article 6, if taken at face value, sounds reasonable by barring the sale of arms that could be used for abominable acts such as genocide that the United States already strives to prevent. Yet the overarching language that subjects the sale of arms to a panel of unelected U.N. bureaucrats compromises our national sovereignty and could severely limit our nation’s ability to aid our allies.

Consider the recent situation in Israel. If the U.S. had ratified the ATT before the current conflict began, it is likely we would have been restricted from aiding our most faithful ally in the Middle East region with resources to defend against Hamas terrorists.

On July 23, in a vote of 29 nations to 1, with 17 nations abstaining, the United Nations Human Rights Council (UNHRC) adopted a resolution to investigate Israel for war crimes while Israel continues to act in self-defense. Countries with long histories of human rights violations – China, Cuba, Russia, and Venezuela – sit in judgment on the Council. While casting votes against a democracy defending itself against terrorists, they never mention that over 4,000 rockets have been fired at civilian population centers in Israel or the cowardly and illegal use by Hamas of Palestinian civilians as shields.

The same month, the High Commissioner for Human Rights, Navi Pillay, condemned the United States for providing “the heavy weaponry which is now being used by Israel in Gaza” and for helping to fund the ‘Iron Dome’ which has stopped over 400 Hamas rockets from hitting Israeli civilians.

Though Pillay did concede that Hamas may have violated international humanitarian law by firing into Israel indiscriminately from densely-populated areas, Palestine and Hamas are not the subject of international scrutiny or UNHRC criticism. Instead, she directed her condemnation at Israel and the United States alone. Addressing Israel, she challenged, “we cannot allow impunity, we cannot allow this lack of accountability to go on” while ignoring the flagrant disregard by Hamas of the law of armed conflict that deliberately put innocent Palestinian civilians into harm’s way.

Inappropriate and harmful judgments such as these handed down by unelected and unaccountable international bureaucrats are why the United States should not hand critical pieces of our sovereignty to multinational organizations.

The United States stands shoulder-to-shoulder with Israel and supports its right to defend itself. However, if the United States ratified the ATT, we would be handcuffing ourselves from aiding Israel and other allies in need of protection from terrorists and bullies such as Iran, China and Russia.

As with past U.N. treaties that have failed in the Senate, I stand with many of my fellow colleagues and Americans in holding fast to our sovereignty in rejecting the U.N. Arms Trade Treaty. On March 23, 2013, the Senate, at 5 a.m., 53 Senators voted in favor of an amendment to the fiscal year 2014 budget that would help prevent the United States from entering into this treaty. That budget resolution never became law, but as the body of Congress that ratifies treaties, this sent a strong message that the Senate will not vote to put the ATT into force. In October of the same year, a bipartisan group of 50 U.S. Senators joined me in sending a letter to President Obama to say this treaty is dead on arrival in the Senate. It’s time the President rescinds the United States name as a signatory of this treaty, which is already being soundly rejected and would undermine America’s best interests.