Jacob Sullum
|
Posted: Dec 09, 2020 12:01 AM
Share   Tweet
The opinions expressed by columnists are their own and do not necessarily represent the views of Townhall.com. 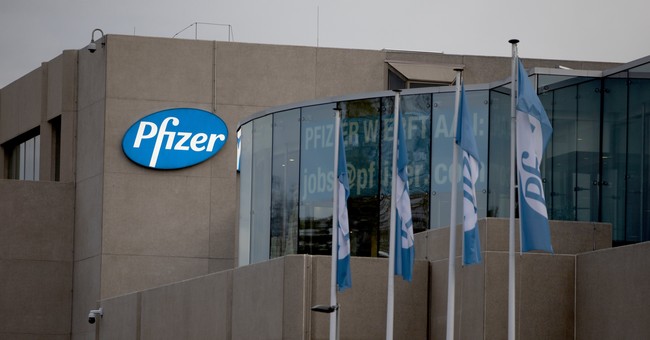 Last month, researchers in Texas estimated that nearly 5 million of the state's residents had been infected by the COVID-19 virus -- more than four times as many as the official tally of confirmed cases suggested. Although the gap implied that the virus was much less deadly than people initially feared, the Houston Chronicle framed the prevalence estimate as bad news.

That choice reflects a broader pattern in American press coverage of the pandemic, which tends to accentuate the negative, exaggerate risk and ignore encouraging information. The result is not just depressing but misleading and potentially counterproductive as Americans are told to keep up their guard against the virus during the winter they will have to get through before vaccines are widely available.

Based on an analysis of news stories about COVID-19 that appeared from Jan. 1 through July 31, Dartmouth economist Bruce Sacerdote and two other researchers found that 91% of the coverage by major U.S. media outlets was "negative in tone." The rate was substantially lower in leading scientific journals (65%) and foreign news sources (54 percent).

Sacerdote and his co-authors, who report their results in a working paper recently published by the National Bureau of Economic Research, found that stories about increases in newly identified infections far outnumbered stories about decreases, "even when caseloads were falling nationally." Coverage of school reopenings likewise was "overwhelmingly negative, while the scientific literature tells a more optimistic story," indicating that "schools have not become the super-spreaders many feared."

This unrelenting, indiscriminate negativity fosters suspicion and resistance. Journalists and politicians who repeatedly cry wolf should not be surprised at the lack of cooperation when the beast actually appears.

Last May, The New York Times warned that lifting state lockdowns could raise nationwide COVID-19 deaths above 3,000 a day by June 1. The actual number was about 700.

Since mid-October, the seven-day average of daily deaths has more than tripled, exceeding the record set in April. But that reality still falls short of the false prophecy embraced by the Times.

Notwithstanding the constant state of COVID-19 anxiety promoted by the news media and the government, Elisabeth Rosenthal thinks Americans are not alarmed enough. Rosenthal, a former E.R. physician and New York Times reporter who is now editor in chief of Kaiser Health News, recommends graphic public service announcements aimed at shocking people into complying with COVID-19 precautions, modeled after anti-smoking ads featuring patients with tracheostomies and dying actors with lung cancer.

"It's time to make people scared and uncomfortable," Rosenthal writes in the Times. "It's time for some sharp, focused, terrifying realism."

Rosenthal suggests ads featuring COVID-19 patients struggling on ventilators or lying, "eyes wide with fear," in ICU beds, which would show "what can happen with the virus." But the "realism" of that approach is dubious since those outcomes are hardly typical.

The vast majority of people infected by the coronavirus do not have symptoms serious enough to require hospitalization, let alone ICU care or ventilators. Rosenthal dismisses that point, saying "most longtime smokers don't end up with lung cancer -- or tethered to an oxygen tank -- either."

That's a pretty sloppy comparison given the enormous difference between these two health risks. Epidemiological research indicates that somewhere between one-third and two-thirds of cigarette smokers will die prematurely because of their habit.

According to the Centers for Disease Control and Prevention, by contrast, less than 1% of Americans infected by the COVID-19 virus will die as a result. The estimated infection fatality rate varies widely by age, ranging from 0.003 percent among people 19 or younger to 5.4 percent among people in their 70s.

"I'm not talking fear-mongering," Rosenthal insists, even as she ignores the age distribution of COVID-19 deaths and likens the risk from the coronavirus to the risk from smoking, which may be two orders of magnitude higher. Whatever you call this strategy, it should not be confused with the honesty that Americans deserve.