A License for Outrageous Police Conduct

Jacob Sullum
|
Posted: Sep 25, 2019 12:01 AM
Share   Tweet
The opinions expressed by columnists are their own and do not necessarily represent the views of Townhall.com. 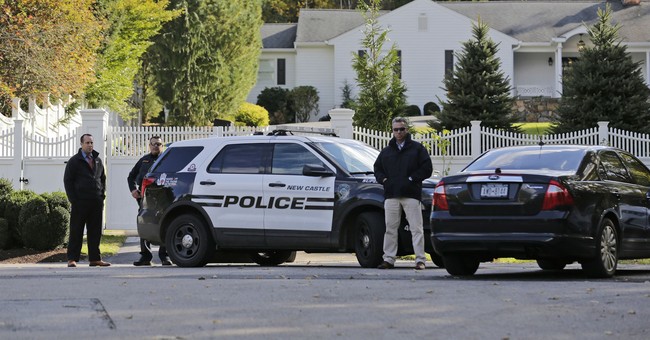 When a police officer illegally arrests a photographer for taking pictures, can the officer be sued for violating the Fourth Amendment's ban on "unreasonable searches and seizures"? Yes, a federal appeals court ruled last week.

When police officers steal cash and property worth more than $225,000 while executing a search warrant, can they be sued for violating the owners' Fourth Amendment rights? No, a different federal appeals court ruled earlier this month.

Welcome to the weird world of qualified immunity, which protects government officials from liability for outrageous conduct if a court determines that the rights they allegedly violated were not "clearly established" at the time. Exactly what that means is fuzzy, but it's undeniable that qualified immunity lets cops off the hook for actions that would land ordinary people in jail.

In the false arrest case, Stephanie Branch, a police officer who works for Dallas Area Rapid Transit, charged freelance photographer Avi Adelman with trespassing at a train station, even though DART policy allowed him to take pictures there. The U.S. Court of Appeals for the 5th Circuit ruled that "no reasonable officer under these circumstances would conclude that she had authority to eject a person complying with DART policies from public property -- and then arrest that person for criminal trespass when he failed to depart."

In the case of the purloined property, suspects in an illegal gambling investigation alleged that police officers in Fresno, California, seized $151,380 in cash and $125,000 in rare coins but reported only $50,000 of it, pocketing the rest. "Although the City Officers ought to have recognized that the alleged theft of Appellants' money and rare coins was morally wrong," the U.S. Court of Appeals for the 9th Circuit ruled, "they did not have clear notice that it violated the Fourth Amendment."

Courts in other cases have approved qualified immunity for cops who allegedly shot people without cause, sicced a dog on a man who was surrendering, tased a driver who was stopped for failing to buckle his seat belt and ordered a 17-year-old boy to disrobe and masturbate so they could take pictures of his erect penis. Fifth Circuit Judge Don Willett, who was part of the panel that ruled against Officer Branch, observes that "qualified immunity smacks of unqualified impunity, letting public officials duck consequences for bad behavior -- no matter how palpably unreasonable -- as long as they were the first to behave badly."

Worse, Willett noted in a 2018 case, courts often rule that a right allegedly violated by police was not "clearly established" without deciding whether their actions were unconstitutional. That approach creates a "Catch-22," he said, because "plaintiffs must produce precedent even as fewer courts are producing precedent" and "important constitutional questions go unanswered precisely because those questions are yet unanswered."

University of Chicago law professor William Baude argues that qualified immunity, which the Supreme Court invented in 1982, is "unlawful," with "shoddy foundations" in common law. Baude notes that the court seems keen to accept cases involving qualified immunity and almost always rules in favor of police officers, encouraging lower courts to shield cops from liability under a federal law that allows people to sue them for constitutional violations.

The court's application of qualified immunity, Justice Sonia Sotomayor observed in a 2018 dissent joined by Justice Ruth Bader Ginsburg, "tells officers that they can shoot first and think later." Justice Clarence Thomas, who does not agree with Sotomayor and Ginsburg about much else, also has urged his colleagues to reconsider the court's approach to qualified immunity.

Based on an analysis of nearly 1,200 federal civil rights cases and a survey of about 100 lawyers practicing in this area, UCLA law professor Joanna Schwartz concludes that abolishing qualified immunity would make litigation less costly, complicated and time-consuming for both sides. Most important, she says, it would stop courts from sending "the troubling message to government officials that they can violate the law with impunity."