The DOJ Should Not Prosecute Robert Bowers: The Federal Case Against the Pittsburgh Shooter Is Redundant and Constitutionally Questionable

Jacob Sullum
|
Posted: Oct 31, 2018 12:01 AM
Share   Tweet
The opinions expressed by columnists are their own and do not necessarily represent the views of Townhall.com. 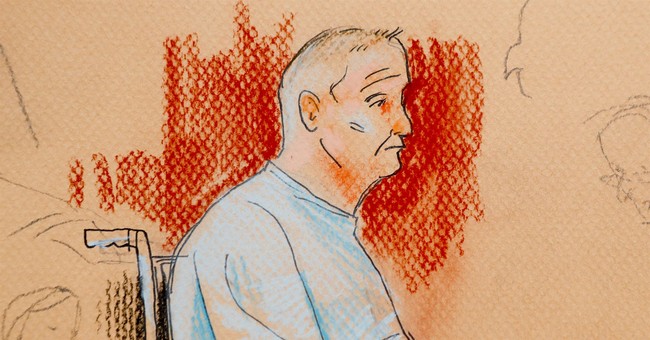 If anyone deserves execution, the man who murdered 11 mostly elderly people at a Pittsburgh synagogue on Saturday certainly seems like a strong contender. But regardless of how you feel about the death penalty, the Justice Department's decision to pursue it in this case should trouble you if you worry about an overweening federal government, value the principle underlying the constitutional ban on double jeopardy or think the government ought to punish people for their actions rather than their beliefs.

The federal criminal complaint against accused Pittsburgh shooter Robert Bowers charges him with 29 felonies, including 11 violations of 18 USC 247, which authorizes the death penalty for fatally obstructing any person's "free exercise of religious beliefs." Such a crime can be prosecuted in federal court as long as it "is in or affects interstate or foreign commerce."

To give you a sense of how loose that requirement is, the complaint asserts that it's met because the guns Bowers used "were not manufactured in the Commonwealth of Pennsylvania" and therefore must have "traveled in interstate commerce." Federal courts also have held that a church's involvement in interstate commerce, such as hosting visitors or ordering Sunday school materials from other states, is enough to justify invoking this statute when someone vandalizes the church.

This assertion of federal power is redundant as well as unconstitutional. In addition to the federal complaint, Bowers faces 36 state charges, 11 of which could expose him to the death penalty. Mass murder, it turns out, is illegal in Pennsylvania.

This overlap allows serial prosecutions for the same crime. In 2003, for example, a federal jury convicted Lemrick Nelson, who had been acquitted in state court of murdering Yankel Rosenbaum during a 1991 riot in Crown Heights, Brooklyn, New York, of violating Rosenbaum's civil rights by stabbing him because he was Jewish.

According to the Supreme Court's "dual sovereignty" doctrine, prosecuting a defendant again after he is acquitted does not count as double jeopardy when one case is state and the other is federal. But such legal sophistry does not change the nature of what is happening: Prosecutors can try again when they don't like the first outcome, or even punish a defendant twice for the same conduct.

And not just for conduct. Both the state and federal complaints against Bowers accuse him of "hate crimes" that hinge on his hostility toward Jews. The federal complaint notes, as evidence that Bowers violated 18 USC 247, that he "made statements evincing an animus towards people of the Jewish faith," such as, "They're committing genocide to my people. I just want to kill Jews."

It also would be legally relevant to cite Bower's anti-Semitic comments on social media platforms, just as it was legally relevant to cite Dylann Roof's racist manifesto when he was prosecuted for committing federal hate crimes by killing nine people at a Charleston, South Carolina, church in 2015. When Bowers averred that "Jews are the children of Satan" and warned that "there is no #MAGA as long as there is a k--- manifestation," he surely was displaying "an animus towards people of the Jewish faith."

Like Roof, who received nine life sentences in state court and 18 death sentences in federal court, Bowers cannot be executed more than once or imprisoned for more than one lifetime. But federal or state hate crime charges can substantially increase the penalties faced by people accused of less serious crimes.

The upshot is that hate crime laws punish people for the opinions they express as well as the evil that they do. A government that truly respected freedom of thought would stick to the latter.