A Forbidden Remedy for Veterans' Nightmares

Jacob Sullum
|
Posted: May 02, 2018 12:01 AM
Share   Tweet
The opinions expressed by columnists are their own and do not necessarily represent the views of Townhall.com. 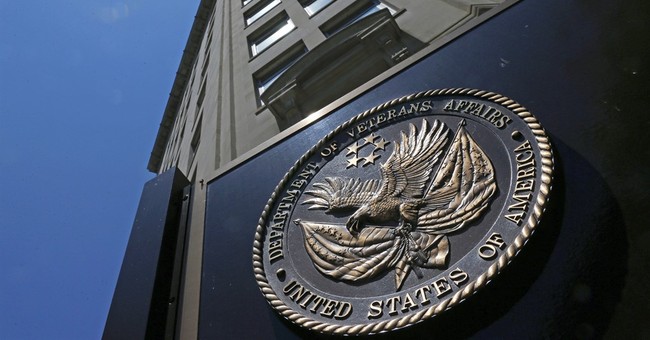 The emotional hangover from Nigel McCourry's seven months in Iraq as a U.S. Marine plagued him for years, keeping him up at night, troubling his sleep with recurring nightmares, and isolating him from friends and family. After he was diagnosed with post-traumatic stress disorder in 2011, McCourry tried "weekly talk therapy and more drugs than" he "could keep account of," none of which helped much.

The one thing that worked for McCourry, leading to "huge breakthroughs" that immediately resolved his sleep issues, was psychotherapy facilitated by MDMA, which was banned by the Drug Enforcement Administration in 1985 but could be available by prescription as soon as 2021. The rehabilitation of MDMA is directly related to the rehabilitation of veterans like McCourry, who participated in a study that was reported this week in The Lancet Psychiatry.

The study, sponsored by the Multidisciplinary Association for Psychedelic Studies, was conducted by Charleston, South Carolina, psychiatrist Michael Mithoefer and his wife, Ann, a psychiatric nurse. The subjects were 22 military veterans, three firefighters and one police officer, all of whom had been diagnosed with "chronic PTSD resulting from traumatic experience during their service" and had not responded well to other treatments.

The participants were randomly assigned to receive 30, 75 or 125 milligrams of MDMA in conjunction with two psychotherapy sessions separated by about a month. The lowest dose served as an "active placebo," producing physical sensations without the emotional and cognitive effects of MDMA. Neither the researchers nor the subjects knew who was receiving which amount.

When people in the control group were given the opportunity to use higher doses of MDMA, they experienced additional progress. One year after the MDMA sessions, the mean CAPS score for all subjects was 39, down from 87 at the beginning of the study.

These substantial, persistent improvements reinforce the results of an earlier MAPS-sponsored study that provided MDMA-assisted psychotherapy to crime victims. The next step is phase 3 clinical trials, which is the last stage before the Food and Drug Administration decides whether to approve MDMA as a treatment for PTSD.

Last August, the FDA streamlined that process by deeming MDMA a "breakthrough therapy," meaning it "may demonstrate substantial improvement" over existing treatments. MAPS, which says it has raised almost all of the $26.7 million it needs for the phase 3 studies, plans to begin them this summer.

MDMA's promise as a psychotherapeutic catalyst is not surprising. Before its popularity as a party drug dubbed "ecstasy" made it intolerable to the DEA, therapists found MDMA useful in reducing fear and fostering trust, empathy and candor.

Now the ban that has blocked access to those benefits for more than three decades could be on the verge of being lifted. It can't happen too soon for Americans tortured by the echoes of war.

Somewhere between 11 percent and 20 percent of veterans of the Iraq and Afghanistan wars meet the criteria for PTSD, according to studies cited by the Department of Veterans Affairs. The VA says that nearly 1 million veterans are receiving compensation for disabilities that are at least partly caused by PTSD. On average, about 20 veterans kill themselves every day.

McCourry understands their desperation. "I had this war inside of me that would flare up without warning," he says. "I couldn't live with it anymore."

Today McCourry is eager to share his "story of healing" with fellow veterans. "Veterans are committing suicide because they can't stand living with PTSD," he says, "and I think we could save a lot of these people if we just got this medicine available."