Jacob Sullum
|
Posted: Aug 23, 2017 12:01 AM
Share   Tweet
The opinions expressed by columnists are their own and do not necessarily represent the views of Townhall.com. 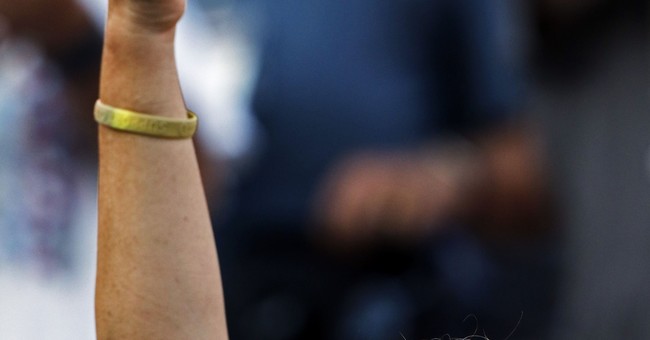 In Ohio during the 1920s, people caught with "intoxicating liquors" could be tried by rural mayors, who were paid for each conviction and authorized to impose fines that were split between the village and the state. Four decades later, mayor's courts in Ohio were handling traffic cases, which did not reward the mayors directly but generated substantial income for their villages.

According to the U.S. Supreme Court, both of these arrangements violated the right to due process, since the judges had a financial incentive to find people guilty. Civil asset forfeiture creates a similar problem, encouraging police and prosecutors to take property from innocent owners and turn a deaf ear to their objections.

That is what happened to Rhonda Cox, whose pickup truck was seized in 2013 by Pinal County, Arizona, sheriff's deputies when they arrested her son for installing stolen parts in it. Cox argues that the forfeiture violated her right to due process, and last week a federal judge refused to dismiss her lawsuit, recognizing the constitutional concerns raised by a system that lets law enforcement agencies make money by confiscating assets they say are linked to crime.

In Arizona, U.S. District Judge Diane Humetewa noted, the law enforcement agencies that initiate and complete a forfeiture get to keep all of the proceeds. Some agencies, such as the Arizona Department of Public Safety's bomb squad, SWAT team, and hazardous materials unit, are funded entirely by forfeitures, while others rely on them to pay for vehicles, equipment, overtime, retirement fund contributions, and image-building donations to local civic groups. According to Cox's complaint, Lando Voyles, who as Pinal County attorney approved the confiscation of her truck, even used forfeiture loot to pay for his home security system.

This financial interest tends to make cops and prosecutors less than sympathetic to the rights of innocent property owners like Cox, who did not know her son had borrowed her truck, let alone that he was doing anything illegal with it. The deputies who took the truck said there was no way she'd ever get it back, and Voyles' office rejected her "petition for mitigation" out of hand, claiming (incorrectly) that she was not entitled to relief because she had purchased the truck for family use. Deputy Pinal County Attorney Craig Cameron also claimed, inconsistently, inaccurately, and irrelevantly, that Cox was a "straw buyer" for her son.

"Rhonda was caught in a Kafkaesque predicament where, bizarrely, she bore the burden of proving that she was entitled to get the Truck back," her complaint notes. "The State did not have to prove that Rhonda did anything wrong -- let alone criminal -- in order to keep the Truck."

Cox could not afford to take her challenge further, especially since the cost of a lawyer could easily have exceeded the $6,000 she paid for the truck. Under state law at the time, she also would have been on the hook for the government's legal expenses if she lost.

The American Civil Liberties Union, which is representing Cox, notes that forfeitures in Pinal County frequently involve property worth less than $1,000, making legal challenges prohibitively expensive. That effectively means the agencies that stand to profit from a forfeiture are the first and final arbiters of whether it's justified.

Even prosecutors understand the potential for corruption in this situation. A training presentation from the Arizona Prosecuting Attorneys Advisory Council, which Judge Humetewa quotes in her ruling, warns that "when your bosses can't find any money in their budget they get depressed," and "when they get depressed they tell you to start doing forfeiture cases."

Playing off those jokey Direct TV ads about the hazards of cable, the downward spiral continues until cops "start seizing everything in sight," "screw things up," and "ruin forfeitures for all of us." Although the slide is supposed to be an admonition about the need for "educated, ethical and professional" forfeiture practices, it is really a lesson about the hazards of legalized theft.