Camera-Shy Cops Have No Legal Recourse

Jacob Sullum
|
Posted: Jul 12, 2017 12:01 AM
Share   Tweet
The opinions expressed by columnists are their own and do not necessarily represent the views of Townhall.com. 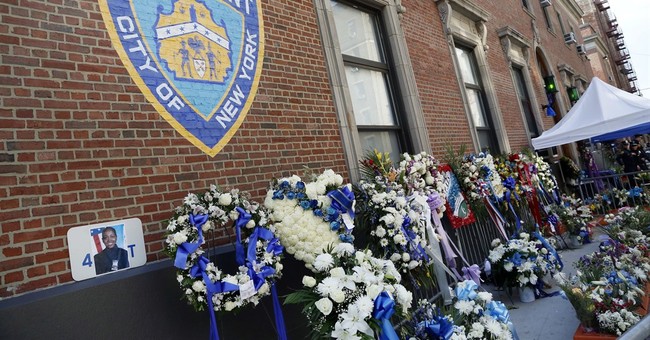 Last month former FBI Director James Comey said he was relieved to hear there might be "tapes" of his conversations with Donald Trump, since the audio record would confirm his account of those interactions. Last year Comey was less keen on recordings of law enforcement officials, worrying that "viral videos" of police encourage a dangerous passivity that may contribute to rising homicide rates.

Those dueling reactions reflect the dual potential of ubiquitous recording technology, which can expose bad behavior or exonerate cops falsely accused of it. Police across the country will have to adjust to the reality that any citizen with a smartphone can record them when they are on duty, because there is nothing they can legally do to stop it, as a federal appeals court confirmed last week.

The decision, established by the U.S. Court of Appeals for the 3rd Circuit, involved two incidents in which Philadelphia police officers forcibly interfered with people who were trying to record them. Such harassment, which often involves phone confiscation and trumped-up criminal charges, is sadly common, even though every federal appeals court to consider the issue has said it violates the First Amendment.

In 2012, Amanda Geraci, a member of a police watchdog group, was observing an anti-fracking protest at the Philadelphia Convention Center when she tried to record an arrest. As the 3rd Circuit describes it, "An officer abruptly pushed Geraci and pinned her against a pillar for one to three minutes, which prevented her from observing or recording the arrest."

In 2013, Richard Fields, then a Temple University sophomore, was standing on a sidewalk when he noticed cops breaking up a house party. After he took a picture and refused to leave the area, the police grabbed his phone and cited him for obstructing a public passage.

After Geraci and Fields sued the cops and the city, the defendants did not challenge their claim that the First Amendment protects the right to record police in public places. That would have been hard to do, since the Philadelphia Police Department has officially acknowledged as much since 2011.

Instead the officers argued that they should be immune from liability because the right to record the police was not "clearly established" when they violated it. U.S. District Judge Mark Kearney gave them a victory they were not seeking, saying what Geraci and Fields were trying to do was not sufficiently "expressive" to be protected by the First Amendment.

The appeals court nevertheless concludes that the law was not clear enough on this point in 2012 or 2013 to hold the officers responsible for violating it. As Judge Richard Nygaard notes in his partial dissent, that aspect of the ruling is hard to swallow.

When the cops roughed up Geraci and detained Fields, four circuit courts had already ruled that recording police is protected by the First Amendment. Even more tellingly, Nygaard notes, "the Police Department's official policies explicitly recognized this First Amendment right well before the incidents under review here took place."

The department's rule against interfering with recordings, established in 2011, was reiterated in 2012, when "the Department mandated that a sergeant read it at every roll call." Nygaard notes that "each police officer also received a copy of the Directive and was required to sign that they received it."

Given this background, it's hard to believe the cops who assaulted Geraci and stole Fields' phone did not realize their actions were illegal. Ignorance of the law is no excuse for the people cops arrest, and it should not protect police when they violate our constitutional rights.