The Year in Blame Shifting 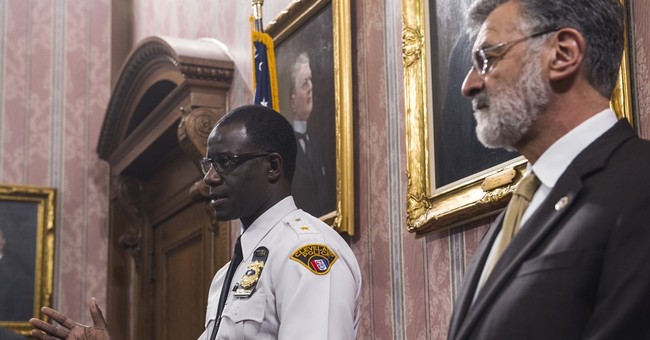 On Monday, when he announced that a grand jury had declined to indict two Cleveland police officers in the 2014 shooting death of 12-year-old Tamir Rice, Cuyahoga County Prosecutor Timothy McGinty said enhanced video of the incident showed the boy was drawing what looked like a gun from his waistband. Although the object was actually an Airsoft pellet pistol, McGinty said, Timothy Loehmann, the officer who killed Tamir within two seconds of arriving at the scene, had no way of knowing that.

Even if we accept this account, it does not explain why Frank Garmback, Loehmann's partner, drove right up to someone he believed was a dangerous gunman, leaving Loehmann just a few feet from Tamir with no cover and no room for error. By ignoring the reckless approach that led to Tamir's death, McGinty managed to absolve the cops while implicitly blaming the boy for accidentally scaring Loehmann.

That exoneration by misdirection rounded out a year of audacious blame shifting. Some other highlights:

Choice of Wars. In February, after waging war on the Islamic State in Iraq and Syria for six months, President Obama asked Congress for its blessing while insisting he did not need it. Obama, who two years earlier had urged Congress to "refine, and ultimately repeal," its 2001 authorization for the use of military force against al-Qaida because otherwise "we may be drawn into more wars we don't need to fight," proved his own point by implausibly citing that grant as license for the war on ISIS. While criticizing legislators for shirking their war powers, Obama has encouraged congressional passivity by acting unilaterally.

Permanent Failure. Last March The New York Times, which is not usually considered part of the Vast Right-Wing Conspiracy, revealed that Hillary Clinton had relied exclusively on a private server for email while secretary of state, thereby avoiding automatic archiving. Six months later, having kept the issue alive with a series of evasions and misstatements, the presumptive Democratic presidential nominee blamed a "drip, drip, drip" of "charges and claims" from Republicans.

Road Rage. Sandra Bland, who died from an apparent suicide in a Texas jail on July 13, never would have been in that cell if Trooper Brian Encinia had kept his temper after pulling her over for a minor traffic violation three days earlier. Video of the stop shows that when Bland declined to extinguish her cigarette, Encinia ordered her out of her car, grabbed her, threatened her with a stun gun, handcuffed her, and tackled her. He said she had only herself to blame for provoking him by failing to display the meek subservience he expected.

Buyer Block. After a gunman murdered nine people at a church in Charleston, South Carolina, last June, President Obama suggested the massacre might have been prevented "if Congress had passed some common-sense gun safety reforms." But the legislation to which he referred, requiring background checks for all gun transfers, could not possibly have stopped the Charleston shooter, who passed a background check. According to the FBI, he shouldn't have, but that failure was due to a bureaucratic error within the executive branch.

Consumer-Friendly Monopoly. Last July, when Gov. Tom Wolf vetoed legislation that would have privatized liquor sales in Pennsylvania, he argued that the state monopoly, which generally charges more than private retailers in neighboring states, is good for consumers because it keeps prices low. The claim was not only economically unsound, but inconsistent with another major argument against privatization: that it increases alcohol abuse by making booze cheaper and easier to obtain.

Cannabis Camera. Last May, a security camera caught cops in Santa Ana, California, munching on what appeared be marijuana edibles after raiding an unlicensed dispensary. The cops blamed the embarrassing episode on the camera, which they thought they had disabled. They argued that internal investigators should not use the video against them because it violated their right to privacy. A judge disagreed.